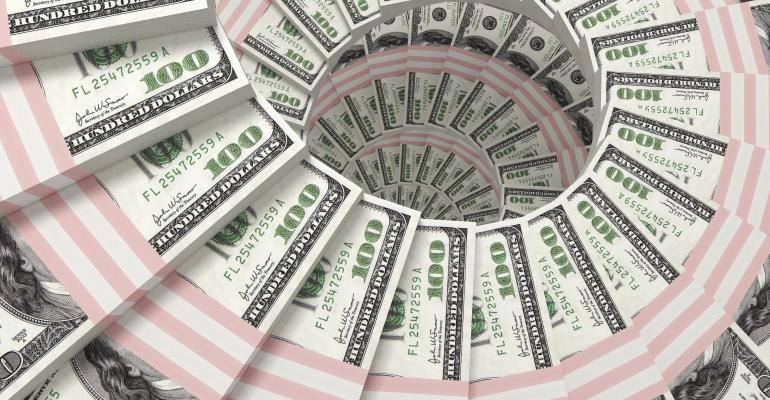 The company raised another $1 billion in first-lien debt as a financial cushion.

(Bloomberg)—Home-sharing leader Airbnb Inc. lined up $1 billion in debt, adding to last week’s same-size haul and boosting a financial cushion it can use to grow and pay bills as the global coronavirus pandemic crushes demand for travel and diminishes the prospect of an initial public offering.

Airbnb is raising cash by issuing first-lien debt, which has priority on the company’s assets in case of a default, and it comes from a group of more than 20 investors, including Silver Lake, the largest participant, according to people with knowledge of the matter. Other investors are BlackRock Inc., Eaton Vance Corp., Fidelity Investments and T. Rowe Price Group Inc., said the people, who asked not to be identified discussing a private deal.

The company confirmed in a statement it had secured commitments for a $1 billion syndicated loan but didn’t name investors or elaborate on details.

San Francisco-based Airbnb, which makes money from homeowners who rent residences to travelers, had been planning to go public some time this year, but the outbreak of Covid-19 has sent markets into a tailspin and made an IPO less likely. People around the world have put travel plans on hold as governments issue shelter-in-place edicts to stop the contagion, slowing sales growth and crimping profit at Airbnb. The additional funds could help the company weather the economic crisis and even make acquisitions without going public.

“I deeply appreciate the confidence and trust that so many have shown in our company even as every sector in travel is going through the storm of the pandemic,” Brian Chesky, Airbnb’s chief executive officer and co-founder, said in the statement. “All of the actions we have taken over the last several weeks assure that Airbnb will emerge from the storm of the pandemic even stronger, regardless of how long the storm lasts.”

The deal builds on last week’s investment of the same size from Silver Lake and Sixth Street Partners, which is also participating in the new debt, said the people, who asked not to be identified because the deal isn’t public. Representatives for the other companies involved either declined to comment or didn’t immediately respond to requests.

The new debt is senior to the company’s borrowing from Silver Lake and Sixth Street that it unveiled earlier this month, which is composed of second-lien debt and equity securities. The warrants valued the company at $18 billion, a fraction of its $31 billion peak. The new transaction doesn’t include warrants or other equity components, a person familiar with the deal said.

--With assistance from Claire Boston and Melissa Karsh.