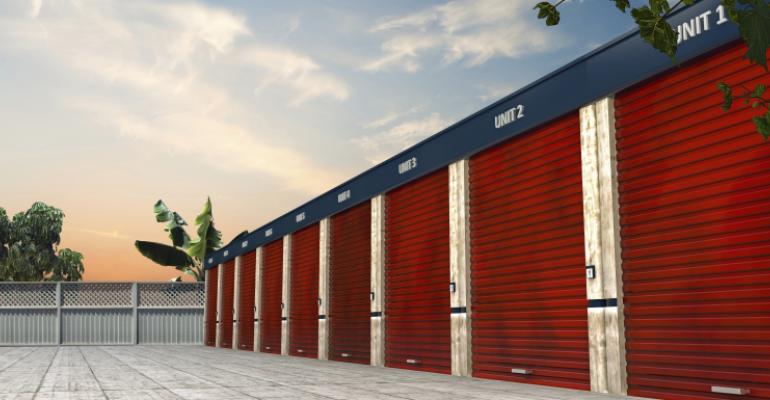 Cap rates on self-storage transactions averaged 6.3 percent in the fourth quarter of 2017, down from 6.5 percent the year before, according to RCA.

“There’s been tremendous activity from high-end, institutional-level capital that is entering or attempting to enter the space,” says Brian Somoza, managing director with JLL Capital Markets. “That’s been driving a fair amount of acquisitions.”

Developers plan to open new self-storage properties totaling millions of square feet in 2018. New customers are expected to rent up most of this new space, keeping average occupancy rates high and property incomes strong. With fundamentally strong demand, institutional investors keep paying high prices for properties even though buyers may take longer to close deals and are buying less than they did in 2016.

Transaction volume is down, but cap rates are declining

Investors bought and sold $4.2 billion in self-storage properties in 2017. That’s down more than a third (35 percent) from the $6.4 billion in properties that traded in 2016, according to Real Capital Analytics (RCA), a New York City-based research firm.

The big difference had to do with the fact that fewer portfolios sold in 2017. There were no giant deals last year like the $1.3 billion acquisition of LifeStorage LP by Sovran Self Storage Inc. in 2016. “Self-storage REITs have become increasingly cautious in their acquisitions,” says Somoza.

However, investors remain very interested in self-storage properties. Prices for self-storage assets are rising relative to the income produced by the properties even though fewer properties are selling. Cap rates on self-storage transactions averaged 6.3 percent in the fourth quarter of 2017, down from 6.5 percent the year before, according to RCA.

So far, these new properties have managed to lease their storage spaces.

“The market as a whole is well-positioned to handle the incoming construction slate, with only minor softening of fundamentals expected on the national level,” according to Marcus & Millichap. The firm’s researchers expect vacancy to average 9.7 percent by the end of 2018, only slightly higher than in 2017 and 2016. Average rents, however, are expected to climb 1.7 percent to $1.21 per sq. ft.

The top REITs the focus on self-storage properties also report strong demand, with vacancy rates averaging 8.3 percent for the REITs in the fourth quarter, down 10 basis points from the year before, according to JLL. Despite a seven-fold increase in new supply over the past four years, the publicly-traded REITs are all reporting positive growth in their net operating incomes.