Highlights in the market include several active construction projects of 100,000 sq. ft. or more as well as big leases signed by Valent Biosciences and Tempus Labs. According to CBRE, "The market for lab space remains extremely tight. Some small tenants are facing difficulty obtaining space with most of the incubators at full capacith."

Kite Pharma and NantHealth signed significant leases in the market in 2018. (each covering more than 100,000 sq. ft. of space). LA BioMed also recently completed construction of a $63 million research building in Torance at the Harbor-UCLA Medical Center.

According to CBRE, "L.A.'s life sciences industry posesses many of the critical ingredients required for rapid growth, including preeminent medical research and health services institutions, a significant source of new talent from local universities and the 7th-largest amount of NIH funding in the country."

"After years of sluggish venture capital investment in local companies, fuding surged in 2018 to its highest level since 2007. The incrase should benefit local life sciences employment as seen in other markets," according to CBRE's report.

In terms of deal activity, 2018 highlights included construction on the 200,000-sq.ff., Biopharmaceutical Innovation Building, which is slated to open in 2020, and big leases signed by Spark Therapeutics and Charles River Laboratories.

With more than 1.5 million sq. ft. of active construction projects, the Big Apple will remain a bustling life sciences market for the foreseeable future. Three incubators will open in 2019 alone.

"Demand has been driven by companies involved in biotech, medical devices, and cell and gene therapy," according to CBRE. "Continued strong demand will help support the market over the near-term, but the abundance of new supply likely will more than accommodate this growth."

"The region had the largest percentage increase in life sciences venture-capitla fudning over the past 18 months of any major market in the country, mostly to biotech companies," according to CBRE's report.

While there is no construction of lab space underway, siginficiant leases in 2018 included ones signed by ReGenxBio, Supernus and VyGene. The regional also boasts a vacancy rate of just 3.3 percent.

With several major universities producing hundreds of biological and biomedical sciences degree graduates annually, the region is overflowing in talent and a ripe target for NIH funding. There are several big construction projects underway as well.

"Demand and a limited supply of new lab space hvae pushed average rents 15 percent higher over the past year and driven vacancy down by more than 3 percentage points," according to CBRE.

With 18.2 million sq. ft. and a deep labor pool, New Jersey remains a robust life sciences market. There were also some deal highlights in 2018, including big leases signed by Quest Diagnostics, Rocket Pharma and Celgene.

"Increased demand for lab space is being driven by companies involved in gene therapy, cell therapy, oncology, clinical trials and manufacturing," according to CBRE.

"Life sciences employment is at a record level, while a surge of venture-capital funding to local companies in 2018 should equate to more growth in 2019. With demand for lab space increasing over the past year, commercial real estate fundamentals are expected to remain very tight," according to CBRE's report.

The vacancy rate in the margin stands at 6.4 percent while firms in the market received $817 million in NIH funding in 2018.

A surge of construction activity will deliver more space to a market that currently boasts a microscopic 2.6 vacancy rate with rents averaging $57.15 per square foot. There are at least six different projects underway that will each add more than 200,000 sq. ft. of space headlined by the 600,000-sq.-ft. Oyster Point Phase 1 project.

"A record $4.9 billion in venture funding for the Bay Area life sciences industry, as well as an active IPO market, likely will keep market fundamentals very tight in the Bay Area," according to CBRE. "At the same time, large high-tech companies are crowding out life sciences companies in other submarkets, causing firms to migrate from San Francisco and north from Silicon Valley."

The natoin's leading life sciences cluster remains Boston and it's "growing as fast as ever," according to With CBRE. Harvard University, Boston Universiy, the Massachusetts Institute of Technology, Tufts University and Brandeis University all producing more talent annually, there remains a rich labor pool to pull from. 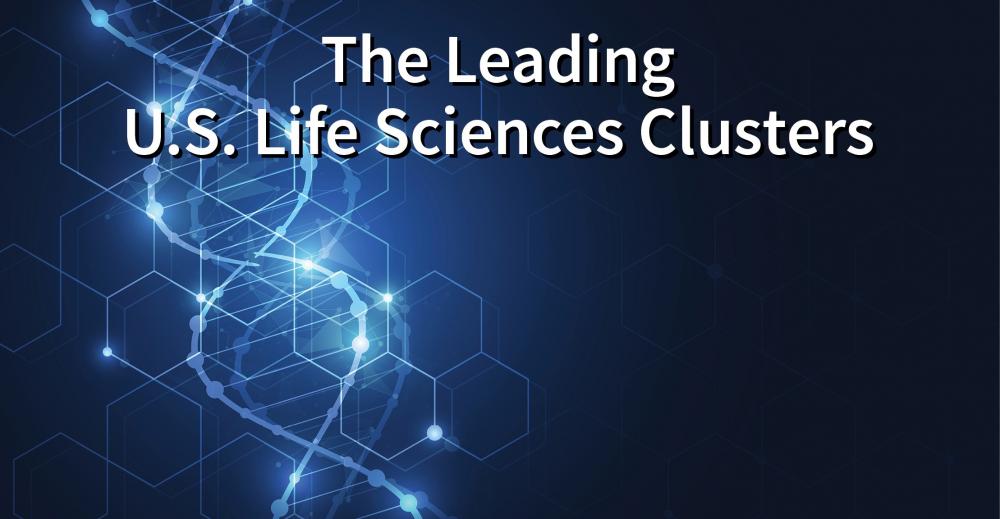 Next Up
The Top Flex Office Space Markets
Start Slideshow ›