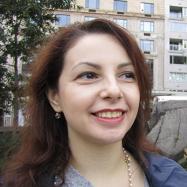 Elaine Misonzhnik has been writing about commercial real estate for the past 14 years. She started her career as a reporter with New York City-based newspaper Real Estate Weekly, and went on to work for Retail Traffic magazine and NREI. Her areas of expertise include retail real estate, office real estate, the CMBS market and REITs.

The 10 Office Markets with the Fastest-Growing Rents
Sep 14, 2017
Here are the 10 U.S. markets that experienced the highest growth in office rents for class-A buildings year-over-year.

PREA Survey Forecasts Declines in Total Returns in 2018
Sep 13, 2017
According to the latest Consensus Forecast, the NCREIF All Property Types (NPI) Index is expected to fall by 80 basis points between 2017 and 2018, to 5.2 percent.

Institutional Investors Will Continue to Target Real Estate, Even as Pricing Concerns Rise
Sep 08, 2017
According to Preqin's June 2017 survey, 73 percent of survey respondents plan to maintain their current level of investment in real estate funds or increase their allocations over the next 12 months.

Top 10 Factors in Apartment Renters’ Decision to Lease
Sep 01, 2017
What are the top concerns for apartment renters when deciding whether to sign a lease?

CMBS Issuance Doubles in the Second Quarter, Leading to More Positive Outlook
Aug 31, 2017
Market insiders now predict that issuance for the whole of 2017 will surpass 2016’s modest level of $69.3 billion.

CRE Industry Gives Trump’s Job Performance a Big Thumbs Down
Aug 29, 2017
A poll of nearly 1,000 readers of NREI completed between Aug. 25 and Aug. 28 revealed that 60.4 percent of respondents disapprove of the president’s job performance.

More Real Estate Players Say the Peak Is Now
Aug 10, 2017
The percentage of NREI survey respondents who believe we are currently at the peak of the market totaled 52 percent in July 2017.

How Is the CoStar/Xceligent Legal Battle Likely to Play Out?
Aug 01, 2017
Proving an anti-trust case tends to be extremely difficult, according to Andre P. Barlow, partner in the Washington, D.C. office of law firm Doyle, Barlow & Mazard PLLC.