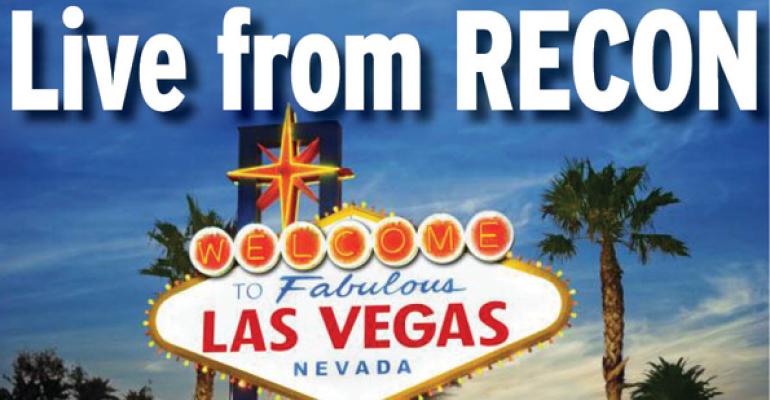 This is my 12th trip to ICSC’s flagship event in the past 14 years and the thing that strikes me every time is the boundless optimism of retail real estate pros. Even in 2008—when the Las Vegas Convention Center was reduced to a ghost town by the Great Recession and the credit crisis—I remember executives assuring me that the dark days would pass quickly and, in fact, would yield amazing growth opportunities for the sector.

This year is no exception. In fact, spirits seem to be soaring higher than ever. Attendance is in the neighborhood of 35,000, up about 10 percent from last year. The aisles and booths are packed. Everyone I’ve spoken to has a schedule overflowing with appointments. And they are not just “meet and greets.” People are here to buy or sell properties or sign leases. It bodes well for the rest of 2013.

Capital markets are in their best shape in years. Debt is now available not just for the best assets, but also for class-B assets and assets in secondary markets. Cash-flush investors—REITs, pension funds, institutions, private equity players, etc.—are out in droves stalking assets and driving cap rates down ever further. And underlying this is the fact that fundamentals continue to improve. Occupancy rates are climbing. Concessions are disappearing. Rents are inching upwards.

The fact that there has been almost no development for the past five years has meant demand has risen while supply has remained constant. That’s a great equation for landlords. In fact, Michael Glimcher, president and CEO of mall REIT Glimcher Realty Trust, told me that in the 25 years he’s attended ICSC’s spring convention he can’t recall being in a stronger position as a landlord than he is today. Sales per sq. ft. in Glimcher’s portfolio are above $450. Total occupancy at its core malls at the end of the first quarter stood at 94.2 percent. The REIT is in a position to push rents.

And it’s not alone. Michael Schwartz, principal with consulting firm McGladrey LLP, audited nearly 6,000 retail leases the firm has worked on and found that co-tenancy and kick-out clauses for tenants of various sizes have become less prevalent in the strongest markets. In the Midwest, where the economy is weaker, such clauses are more common. In other parts of the countries, landlords aren’t offering as much as they used to.

Are there reasons for concern? Sure. There always are. As one pro I spoke with put it, 2012 had an undercurrent of uncertainty that led to some caution. In 2013, that feeling of uncertainty still exists, but has diminished. That’s opened the floodgates a bit more and raised risk appetites. It’s always possible that another shoe will drop. Barring that, most are expecting the rest of the year to be as successful as the first five months have been.