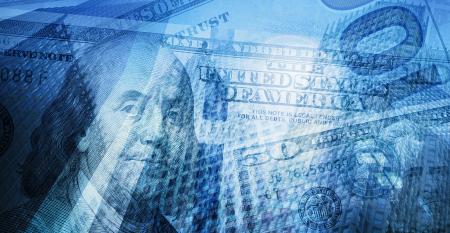 Watch Real Estate for First Signs That Passive Has Grown Too Big
Oct 26, 2018
Funds that track indexes are coming increasingly close to owning a majority of shares in eight real estate property owners and managers

Harvard Links Billionaire Samwers, Ex-Eton Manager in New Fund
Jun 30, 2017
The Avente Capital Partners I LP, with about $28 million in assets, plans to make opportunistic investments in a...

Manhattan Condo Deals Targeted for Online Investors by New REIT
May 05, 2017
NY Residential REIT plans to seek out Manhattan residential properties that can be rented out for income.

Trump’s Signals on the Fed Are Worthless: Jonathan Bernstein
Apr 17, 2017
The unsettling truth is that Trump’s decisions on Fed nominations -- among the most important domestic policy moves he’ll make as president -- will not follow the usual presidential script.

Vornado's Roth Sees Chance to `Feed on the Carnage' in Retail
Apr 10, 2017
Roth cited decreasing foot traffic and the rise of online shopping as reasons for the sector’s decline, which he said may need to be tackled by shuttering as much as 30 percent of the weakest retail space.

Stores Closing at a Record Pace as Amazon Chews Up Retailers
Apr 07, 2017
More than 10 percent of U.S. retail space, or nearly 1 billion square feet, may need to be closed, converted to other uses or...

Manhattan Landlords Are Turning to Giveaways for Retailers
Mar 28, 2017
Tenant-improvement allowances haven’t been typical in the Manhattan retail market. But now the concessions, which can pay for anything from lighting and displays to a complete overhaul, are becoming a key component in some new leases.

Trump's Building Binge Might Hit Speed Bump in Ryan's Tax Plan
Mar 24, 2017
The GOP measure would force companies to include the interest they pay on loans in their taxable income, ending a century-old deduction that’s vital to industries including utilities and real estate.

Real Estate Costs in Megacities Can't Go Up Forever: Tyler Cowen
Mar 23, 2017
Leading cities have become so expensive in large part because two of these clustering sectors -- finance and information technology -- have been ascendant.
Load More