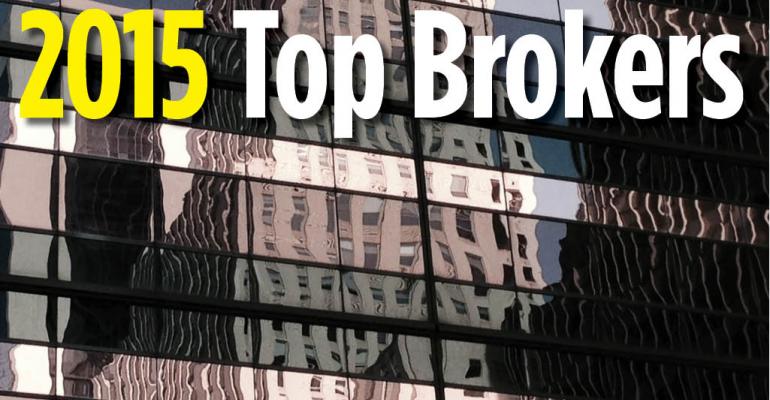 The majority of firms that reported data to NREI posted hefty year-over-year gains. CBRE Group continued to lead the way. It is the 12th consecutive year that CBRE has lead the industry in total transaction volume, although recent mergers and acquisitions could shift the playing field in next year’s list.

DTZ’s numbers, however, do reflect its merger with Cassidy Turley.

The current second largest brokerage, JLL, also posted a healthy increase in transaction volume. Its figure of $189.7 billion represents a 17 percent increase from last year’s figure of $162.1 billion. It’s also more than $80 billion larger than its 2012 figure of $108.9 billion.

Newmark Grubb Knight Frank edged into third place in 2014 with $102.7 billion in deals—just ahead of Cushman & Wakefield’s volume of $100.8 billion. However, Cushman’s figure stands to jump dramatically. In recent mailings, Cushman has reported that it completed transactions valued at $191 billion in 2014.

Colliers International rounds out our top five. The firm posted $97.1 billion in transactions—a nearly 30 percent jump from last year’s number of $75.2 billion. Trailing close behind is Eastdil Secured at $91.5 billion. Eastdil saw its figure jump 48 percent over its 2014 volume.

To be ranked, firms filled out an online form that was distributed via email and publicized on our site and through our e-newsletters.

Brokers were asked to provide the total dollar value of leasing transactions and investment sales in the United States and globally in 2014. The totals were combined to determine the company’s ranking.

Firms were also asked to provide information on the number of brokers employed, revenues, total number of transactions completed and other information.

If you have issues regarding the ranking or additions to it, please do not hesitate to contact me at [email protected].

* TCN Worldwide and Savills Studley declined to provide numbers to this year’s ranking.

Click on a company name to view more details.