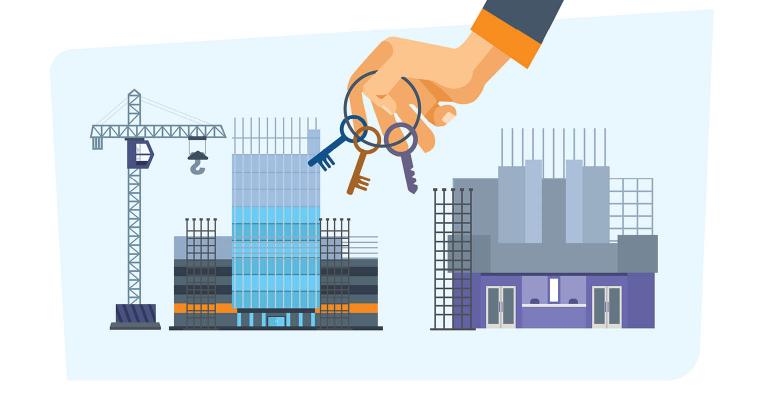 Exclusive Research: State of the Unions

In exclusive research, NREI gauges some current sentiments among brokerage firms on consolidation and culture.

After a tumultuous phase defined by navigating a real estate down cycle coinciding with the Great Recession, followed by a wave of high-profile mergers and consolidations, the commercial real estate brokerage industry has had a quieter stretch.
The big players have had time to digest their big acquisitions. Industry fundamentals remain strong. It speaks volumes that—given its relative weight in the industry—WeWork’s plight has drawn so much attention. It’s a sign of just how steady things have gotten.
So what’s life been like for brokers in the space? NREI last conducted research into the brokerage sector in 2015, in the midst of a heavy wave of consolidation within the industry.

It’s now four years later and we thought it was worth revisiting sentiment among brokers on how they feel about the current state of their firms, how the bigger entities are working and whether they expect to see more mergers and realignment in the future. In addition, we’ve asked some questions on culture and recruitment.

The survey posed an open-ended question to respondents about the biggest changes they’ve seen to the industry in their tenures. Unsurprisingly, consolidation and mergers were a popular response, with many answers grappling with how that’s helped by allowing them to become part of global platforms with a more robust menu of services to offer to clients. Others commented on some of the knock-on effects of this consolidation.

“Many more individuals [are] going out on their own, using the relationships they’ve developed while at larger firms,” one reader wrote in. Another comment in a similar vein was that bigger entities are now “more threatened by small aggressive boutique firms with the same market knowledge.”

Starting with the obvious question—has the consolidation in the industry been a positive or a negative—sentiment was decidedly mixed. Overall, the verdict on mergers was net negative—with 29 percent saying consolidation had been bad vs. 21 percent that said it was positive. But the other half of respondents said consolidation was neither positive nor negative (27 percent) or they weren’t sure (23 percent). In 2015, in contrast, the positive, negative and neither shares of responses were the same (28 percent across the board) while 16 percent said they weren’t sure.

In identifying the biggest challenges when mergers and acquisitions occur, respondents pointed to the same obstacles they did in our previous survey. The majority of respondents (66 percent) cited merging corporate cultures as the biggest challenge related to M&A activity between brokerage firms. More than one-third (35 percent) of respondents said employee retention was a challenge, while 31 percent cited merging systems and 26 percent pointed to getting buy-in from employees as significant hurdles.

We also asked respondents in an open-ended question to identify the biggest concerns for the sector in the next 12 to 24 months.

The biggest external concerns were the uncertain state of U.S. politics and the looming 2020 elections, as well as the potential threat of an economic downturn. Within the industry, respondents pointed to the risk of a cyclical downturn and a potential drop in deal flow.

But some respondents were optimistic that the industry was well-positioned for any slowdown.

“I’m expecting this to be last drastic vs. the last recession,” one wrote. “Firms seem to be more prepared for this cycle to correct so the volume change might not be too drastic.”

Another added, “I’m not really concerned as I believe it will be a soft landing and our area is relatively sheltered due to our diverse economy.”

When brokers were asked on a scale of one to five what type of firm they would prefer to work at, boutique or independent firms (4.0) edged out full-service real estate companies (3.7) in this year’s survey. That was a reversal from 2015. Full-service firms finished with the same score, but that number topped the list then. For boutique firms, meanwhile, the rating jumped 0.4 points from the 3.6 they received in the previous survey.

Working for a member firm of a brokerage network rated third at 3.1, with working for a franchise firm trailing at 2.5 percent. (Those scores were virtually identical to the 2015 results).

In July, the Avant-Garde Network, a New York-based group, hosted its first Diversity in Commercial Real Estate Conference at Columbia University in New York City. The event drew more than 600 attendees to hear some of the industry’s top players of color, including former Real Estate Board of New York President John A. Banks, WeWork’s Global Head Craig Robinson and Goldman Sachs Partner and Urban Investment Group Head Margaret Anadu, among others. Many attendees said it was the largest conference they’d attended of that type in the industry’s history.

“A lot of the takeaway was that we need to continue to create exposure and provide opportunities around that,” Adeola Adejobi, attorney and founder of New York-based Avant-Garde Network told NREI in an interview in August. “What that really requires is for these commercial real estate companies to really change their approach and where they’re looking for talent in addition to making it a priority.”

“It used to be an industry that college students wanted to get into. No longer,” one respondent wrote in an open-ended response. Another added that a danger for firms was “complacency and not advancing by adding millennials to their rosters.”

Another respondent voiced concerns that a “drop off in transaction volume/deal flow, combined with increasing pressure on the bottom line, will thwart training and growth to the detriment of those very beneficiaries of the improved diversity and recruitment of next gen professionals.”

When asked what kind of brokerage organization clients typically work with when buying, selling or leasing commercial real estate, half of respondents (49 percent) said a full-service real estate company. That was down from 58 percent in 2015.

For clients, deal quality topped certainty in closing deals as the most important factor. On a scale of one to five, with five being the highest, respondents rated quality of deals as the most important quality with a mean score of 4.4. Surety in closing deals was next at 4.3. Other factors that rated high at 4.2 included familiarity/relationships; a broker’s track record and access to markets. Access to additional services received 3.9. So ultimately all these factors were rated as at least very important.

The evolution of technology and the opportunities and challenges that has created was a popular theme for write-in responses.

“Technology is changing the need to be with a giant firm and the big firms need to pivot to what they offer brokers and clients,” one reader wrote in.

We further asked how much firms were investing in technology. A common range cited was 10 percent to 20 percent of a company’s NOI being poured in this direction.

Survey methodology: The NREI research report on brokerage trends was completed via online surveys distributed to readers in August and September. The survey yielded 279 responses. Roughly two-fifths of respondents (44 percent) hold the titles of owner, partner, president, chairman, CEO or CFO. About half of the respondents to the survey said they worked for boutique or independent firms and one-third worked for full-service brokerage companies. Smaller numbers said they worked for member firms of a brokerage network (5 percent) or a franchise (4 percent). The results from the current research were compared against a prior study completed in 2015.