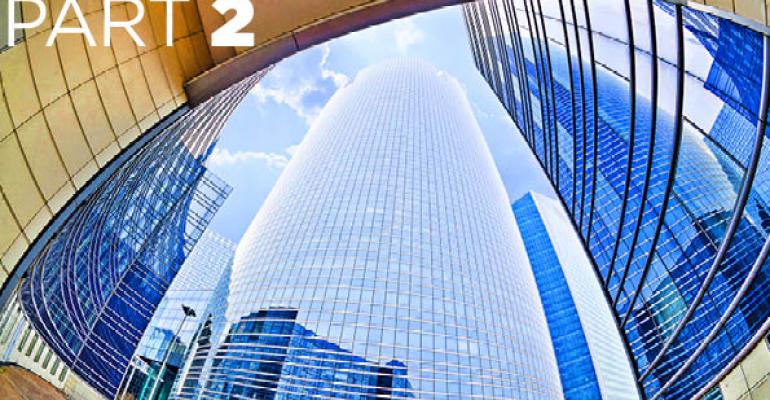 The flurry of M&A activity comes with a hefty price tag—in the millions and even billions of dollars for some deals. Brokerage firms are working hard to protect that investment, mitigate risks and, ultimately, build better companies. Yet bringing a new company into the fold or combining the talent and resources of two large firms is no easy task. “I think our merger was somewhat unique in that you see the merger of two highly respected brands and both broker-led companies with very similar cultures fused together very naturally, with no overlap of business or offices,” says Steir.

That has not been the case with some other deals, including the current merger between DTZ and Cushman & Wakefield. The two entities are still in the throes of working out the details of the merger. That deal follows closely on the heels of DTZ’s purchase of Cassidy Turley, which was finalized in January. As a further backdrop to that M&A activity, DTZ was acquired by UGL Limited in 2011 and in November 2014 the firm was acquired yet again by a private equity consortium led by Texas-based TPG Capital.

The DTZ/Cushman & Wakefield merger does highlight some of the challenges of M&A activity, which include retaining a strong brand image and integrating two companies where there is overlap in competing offices. “I think we are going to see full offices out of this most recent merger be jettisoned or large segments of these office populations around the country defect or move over to other firms, because there is just such overwhelming overlap that no one really has the ability to figure it out from the inside,” adds Steir.

The majority of respondents (69 percent) cited merging corporate cultures as the biggest challenge related to M&A activity between brokerage firms. Nearly one-third (31 percent) of respondents said employee retention was a challenge, while 27 percent each cited merging systems and getting buy-in from employees as significant hurdles.

There have been numerous studies done on the negative impact of mergers on employee retention. Even firms that see very little direct integration of the two companies report an uptick in employee turnover during the first year. “It is not guaranteed that they are going to be successful, which is why you have to be very strategic and thoughtful about the acquisitions you pursue,” says Craig Robinson, president, USA at Colliers International. “Ultimately, you are not acquiring manufacturing facilities or widgets. You are acquiring people and bringing them into the fold.” The key to doing that successfully is making sure there is alignment around the culture, business strategy and goals, he adds.

One of the ways that CBRE has been successful is by adopting the best practices of the firm it acquires, which helps in the integration, notes Durburg. CBRE is keenly interested in the top talent of the firm it acquires, and it puts that talent in top leadership positions. In 2013, for example, CBRE acquired Fameco, a retail real estate firm based in Philadelphia. The co-founder of that firm, Brandon Famous, was promoted earlier this year to senior managing director and leader of the company’s retail occupier advisory & transaction services practice in the Americas. 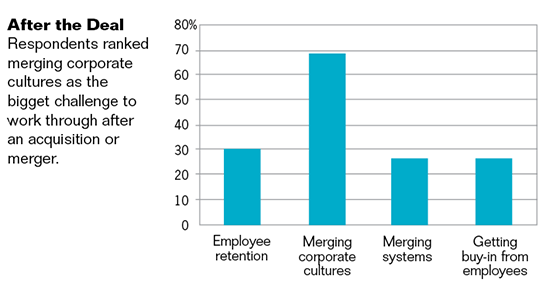