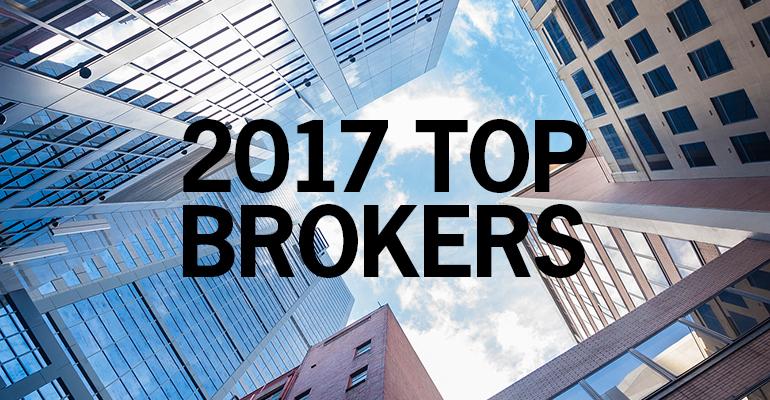 The ranking of top commercial real estate brokers is based on total global transaction volume in 2016.

For nearly a decade and a half, CBRE Group has topped NREI’s ranking of the top brokerage firms. This year marked the 14th consecutive time CBRE has topped the list, which is based on the total value of each firm’s leasing and investment sales transactions.

CBRE cracked $300 billion in transactions for the second consecutive year in 2016—$110.8 billion in leasing deals and $211.4 billion in investment sales. The firm’s volume of deals increased 3.7 percent over 2015. (That’s a bit smaller than the 9.0 percent growth it had experienced the previous year.) Looking back further, however, CBRE Group has doubled its deal volume in just six years compared with the $159 billion in deals in posted in 2011.

Slower growth was a theme among many firms this year. Many saw slower paces of growth than they did a year ago. Some firms even experienced year-over-year decreases in deal volume.

This version of the ranking features additional data, including breakdowns of volume by leasing and investment sales globally and in the U.S in 2016. It also includes the number of transactions closed, the number of brokers employed and revenue figures for some firms.

* JLL chose to only submit a figure for its global investment sales volume. It did not submit a value for its leasing transactions. Corfac International chose not to submit information in this year’s ranking.