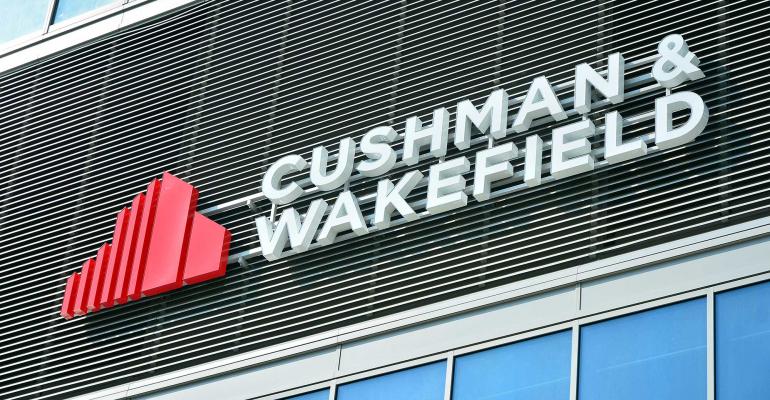 Newmark reportedly turned down the offer because of concerns about Cushman & Wakefield’s level of debt.

(Bloomberg)—Cushman & Wakefield Plc recently approached Newmark Group Inc. about a potential takeover, but was rebuffed by the rival real estate brokerage, according to people familiar with the matter.

Newmark isn’t currently interested in a deal in part because it thinks Cushman & Wakefield has too much debt, said one of the people, all of whom asked to not be identified because the matter isn’t public.

Cushman & Wakefield has about $3.8 billion in debt, according to data compiled by Bloomberg. The stock rose 2.2% to close at $11.64 on Tuesday, giving it a market value of about $2.6 billion.

Newmark, which has cut jobs and reduced salaries for its top executives as the pandemic hit the real estate market, has a market valuation of $1.2 billion. Its shares rose 5.8% to close at $4.92, after gaining as much as 14%.

“Cushman & Wakefield has certainly benefited from ongoing consolidation as a leader in our industry, but we won’t comment on this, or any, market rumor,” Brad Kreiger, a spokesman for the Chicago-based company, said in a statement.

Representatives for Newmark, based in New York, didn’t immediately respond to requests for comment.

Cushman & Wakefield and Newmark are two of the largest publicly traded commercial real estate brokers, a sector that has been consolidating in recent years as companies sought scale to better accommodate ever-larger clients with global ambitions.