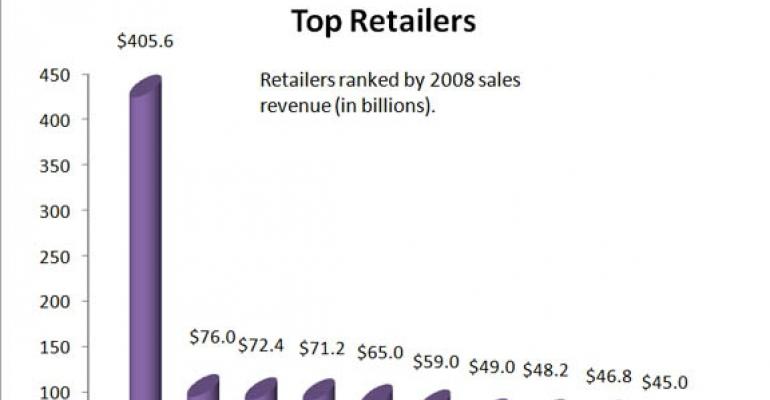 The National Retail Federation released its annual ranking of the largest retailers as ranked by 2008 revenue. A story and links to the full top 100 ranking and rankings by different retailer categories can be found here.

Wal-Mart remained atop the list by racking in more than $400 billion in revenue—a 7.2 percent rise from 2007. Wal-Mart’s revenues, in fact, are greater than the next six largest retailers’ combined figure. Overall, Wal-Mart accounted for 43 percent of the $938 billion in revenue for the top 10 retailers.

Home Depot fell from the number 2 slot last year down to number 4 this year. It was passed by grocer Kroger and warehouse club Costco. Best Buy entered the top 10 for the first time passing Supervalu in the rankings thanks to a 12.5 percent jump in revenue from 2007 to 2008.