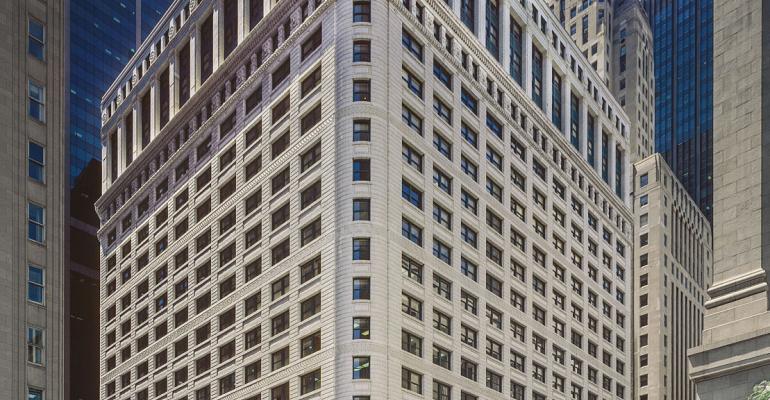 B-Piece Investors Back in Buying Mode

Bond buyers have poured money back into the CMBS sector and the added investor demand is helping drive conduit loan issuance higher. And as investors gain confidence in the revived sector, underwriting terms and rates are becoming more favorable for borrowers.

“There is more than enough capacity for volume projections right now,” says Steven Schwartz, managing director and partner with Torchlight Investors, a longstanding investor in CMBS.

A select group of investors, including Torchlight, still buy the riskiest B-rated CMBS, earning themselves the right to set underwriting standards for conduit loans. Those standards have eased but are still much tougher than the go-go days of the last boom.

Investors bought up $48 billion CMBS issuances in 2012, the largest year for CMBS since the financial crisis. This year originators are expected to beat last year’s total issuance, driving conduit interest rates ever closer to the rates offered by Fannie Mae and Freddie Mac, commercial banks and life insurance companies for the highest-quality properties.

But every CMBS deal needs an investor to buy the riskiest B-piece bonds, which get hit first by any losses to the loan pool. At first glance, the half-dozen largest investors buying B-piece CMBS in recent years seem like new players. But scratching the surface reveals that the firms boast executives with long histories with CMBS. Torchlight, for example, once operated as Clarion Capital, before the company bought itself from Dutch bank ING in 2010. “We have been B-piece buyers since 1998,” says Schwartz.

Other top investors like Eightfold Real Estate Capital are led by pros who once worked at leading CMBS investors like LNR Property Corp. “Under the entity names you will find the same faces,” says Schwartz. “These are folks who have a significant amount of credibility on the street.”

In addition, a secondary market is growing for B-piece CMBS, fueled by newer investors seeking high yields. "Almost immediately after you commit to a deal, you can turn around and sell a large portion of it to another buyer at a profit,” says Schwartz.

These outside investors typically don’t do their own underwriting on the B-piece CMBS they invest in. So far, this outside capital has not yet begun to seriously erode the underwriting standards for CMBS loans, which are still significantly tougher than before the crash.

However, these new B-piece CMBS buyers may have no particular loyalty to CMBS beyond the yield offered by the bonds, much like the hedge funds that bought CMBS during the boom and left suddenly during the crash. Easy come, easy go.