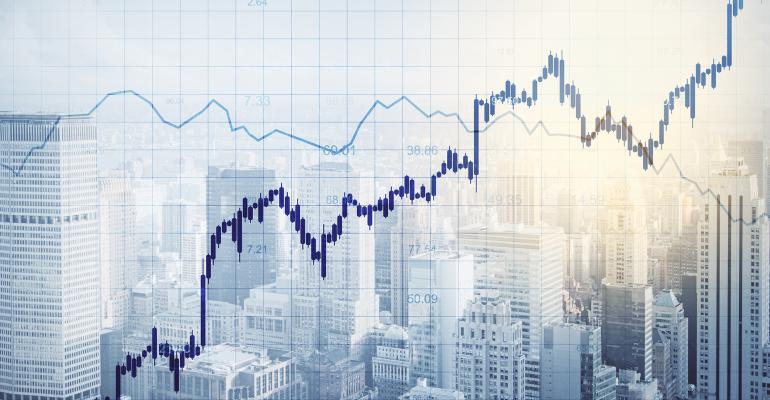 Help from lenders and the CARES Act helped keep CMBS delinquencies below the prior cycle’s peak.

Lenders granting forbearance periods to struggling borrowers continued to bring the CMBS delinquency rate down in October, according to Trepp LLC. The firm estimated the overall CMBS delinquency rate in the U.S. market averaged 8.28 percent—64 basis down compared to September. While high, that was still below the peak reached in July 2012 at 10.34 percent.

Trepp researchers point out, however, that the improvements in CMBS delinquencies in those sectors likely came from lenders granting forbearance periods rather than a sustained improvement in property performance. They also reiterated their belief that CMBS borrowers who managed to get through the spring and early summer months without needing relief from their lenders are likely to survive without assistance going forward, while those that did need relief have already requested it—what Trepp calls “terminal delinquency velocity.”

Trepp CMBS delinquency numbers differed somewhat from those reported by Fitch Ratings, which noted a 21-basis points spike in delinquencies in October, to 4.85 percent. Almost half of that increase was driven by new delinquencies on loans backed by retail properties, especially regional malls. What was notable, according to Fitch researchers, was that the malls supporting those loans were already struggling prior to the pandemic.

Still, even with October’s increase, the overall CMBS delinquency rate continues to average far below Fitch’s initial projection of between 8.25 percent and 8.75 percent by year-end. The firm reports that 3.6 percent of the CMBS loans it tracks have been granted relief by lenders and servicers, while the majority of the loans it tracks continued to perform (likely aided by the government stimulus package passed earlier in the year).