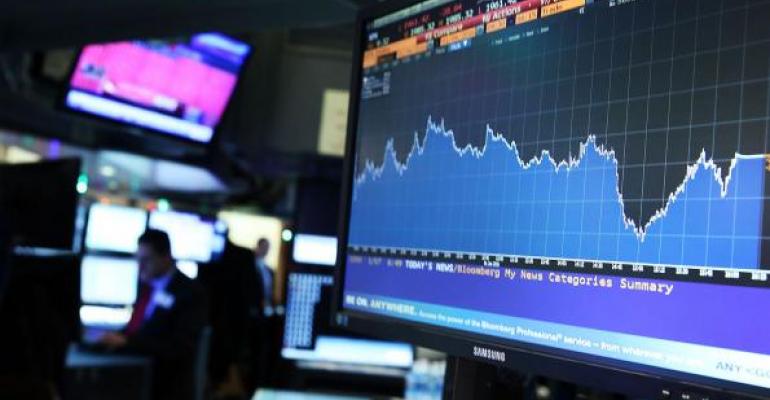 CMBS Lenders Are Hungry for Deals

Issuance is marching ahead at a steady pace, but lenders are adapting to a market where business from maturities is declining.

Despite the surge in CMBS issuance in the first quarter, lenders are continuing to scramble to find deals in a market where the pie is shrinking along with the dwindling supply of loan maturities.

According to Commercial Mortgage Alert, an industry newsletter, U.S. CMBS issuance during the first quarter spiked 39 percent to $19.4 billion compared to the $14 billion in issuance made during the same period a year ago. Although the rise in deal flow looks great on paper, the reality is a little less exciting.

The spike is more of a “reset” to normal following a lull in issuance last year in the wake of risk retention rules going into effect at the start of 2017. There was a lot of uncertainty in the market ahead of the rule change. “People got as many deals done in late 2016 as they possibly could to clear the decks, which made the start of 2017 a little slower than it might otherwise have been,” says Manus Clancy, a senior managing director at research firm Trepp.

Issuance is marching ahead at a steady pace, but lenders are adapting to a market where business from maturities is declining. New issuance dropped significantly after 2007, which is resulting in far fewer 10-year loans coming due. CMBS issuance peaked at $228.6 billion in 2007, while the total over the next three years combined reached only $26.5 billion, according to Commercial Mortgage Alert.

CMBS is still the best option for borrowers who want to maximize leverage, notes Jonathan David Hakakha, managing director at Quantum Capital Partners, a mortgage broker and capital advisory firm specializing in transactions in the Western United States. CMBS has become more competitive compared to agency debt on multifamily, and it is the only avenue in other sectors—retail, office, industrial and hotel—to get full-term interest-only debt at moderate leverage, or even a full-leverage loan done, he adds.

However, the market is primarily refinancing bridge acquisitions made between 2011 and 2015, as well as new acquisitions today. Although CMBS represented more than 25 percent of the business at Quantum Capital last year, that volume is down so far in 2018.

Issuers continue to make loans and they continue to securitize them. So, in that regard, the CMBS industry is back to business as usual. The part that is not business as usual is that sourcing loans is becoming more of a challenge for two reasons. “Last year, CMBS issuers had a full dance card, because so many of the 2007 loans were maturing and there were plenty of opportunities to refinance those loans,” says Clancy.

Issue number two is that interest rates have been so low for so long that most people who have wanted to refinance have already done so. “The concern going forward is that there is just not enough inventory of loans that need to be refinanced,” he says. Trepp is still anticipating that CMBS issuance will reach $75 billion for 2018.

For loans that matured between 2015 and 2017, there is about $27.6 billion still outstanding, plus another $24 billion in loans maturing in 2018, according to Trepp. However, that is a far cry from the original wall of maturities that existed a few years ago, with looming maturities in both 2016 and 2017 topping $100 billion.

CMBS lenders are still hungry to do deals, but there are far fewer players active in the market due to the new risk retention rules. “Eighteen months ago you may have had 50 CMBS lenders and today you only have 25 to 30,” says Hakakha. However, because there are fewer deals in the market, it has become more competitive, he adds.

Although pricing has remained fairly stable over the past 18 months, interest-only loans have become much more readily available. Lenders are also becoming much more aggressive on multifamily deals, says Hakakha. The downside to CMBS relates to “lockbox” cash management, reserves and cost, he adds.

People are hustling to find loans and becoming a little bit more competitive and more nimble, because there is a smaller pie to split up,” says Clancy. No one is “panicking” over the potential shortage of refi deals and the market remains much more disciplined than it was 10 years ago. But lenders recognize that it will be tougher to source loans this year, he says.

Retail is one sector where the delinquency rate on legacy or CMBS 1.0 loans could go higher, especially if there are more retail store closings from major department stores and anchor stores. “That is certainly possible, and it could drag post-crisis numbers higher,” says Clancy. For example, the Wall Street Journal reported that store closures from department store retailer Bon-Ton are creating elevated default risk among 34 CMBS loans. “I think retail is where everybody has their focuse right now,” he says.

The market as a whole has taken a more conservative approach to retail transactions. “Lenders have become much more selective on retail,” says Hakakha. In fact, a couple CMBS lenders won’t do any retail deals, he adds.