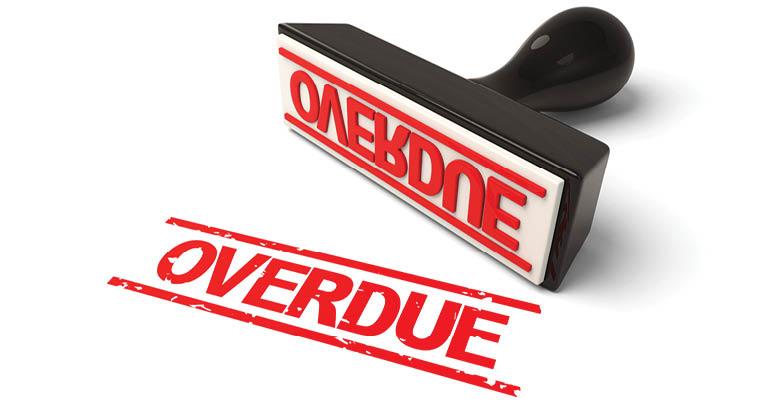 CMBS Market Regains Some Liquidity Even as Delinquencies Mount

Challenges for the CMBS sector continue to come into focus, although Fed moves have helped bring some liquidity back to the market.

CMBS deals that were stuck in limbo when COVID-19 hit have found a path forward, thanks to greater pricing stability on the heels of government intervention. It’s a glimmer of good news for the market that’s also seen a spike in forbearance requests from borrowers and is bracing for delinquencies in the months ahead.

Although the spigot for hotel and mall CMBS loans has been turned off, there are some cautious CMBS loans getting done for office, industrial and multifamily properties. In addition, there were a half dozen conduit deals in the works pre-COVID-19 that lenders have been working to get back on track and sold, says Manus Clancy, senior managing director and the leader of the applied data, research and pricing departments at Trepp.

The Fed’s decision to expand Term Asset-Backed Securities Loan Facility to include some AAA-rated CLO and legacy CMBS securities has helped stabilize pricing and bring greater liquidity back to the market. According to Commercial Mortgage Alert, the first U.S. CMBS issuance to hit the market since March 12th was a $271.1 million offering from Cantor that priced on April 23rd. “That was a positive sign that there is some price discovery and some ability to sell new deals. I think other banks will try to follow suit with what they have on their books,” says Clancy.

“We are starting to see issuers re-engage and begin working on the deals that have been delayed to this point,” agrees Jodi Schwimmer, a partner at Reed Smith who specializes in mortgage finance. So, it is likely that a few deals will trickle into the market in May and June, she adds.

On the secondary side, there has been very heavy trading of CMBS securities. Over the past month, daily trading volume has been two to three times higher than the typical volume the market has seen in the past few years. However, there is more market differentiation emerging in investor appetite related to perceived risks, which is impacting pricing, says Clancy.

AAA spreads that were at about 90 basis points over Treasuries pre-COVID expanded to a high of 350 basis points during the height COVID-fueled volatility in late February and early March. Spreads have since narrowed to about 150 basis points due in part to improvement in the stock market from cyclical lows, as well as the Fed’s announcement to include legacy CMBS in the TALF reboot.

Pricing on BBB- deals is more of a mixed bag. Spreads on deals with higher concentrations of office and industrial loans have performed a bit better with current spreads at about 800 basis points over versus 325 over pre-COVID, says Clancy. At the other end of the spectrum, issuance that is heavily tilted towards hotels and retail are seeing spreads of 1500 basis points to 2000 basis points over Treasuries. Single asset single borrower hotel deals are seeing even bigger price discounts–if a lender can find a buyer at all, he adds.

Market watchers remain wary of a potential firestorm of delinquencies. Early data from the likes of Fitch, DBRS Morningstar and Trepp are all painting a grim picture for hotel and retail-backed CMBS loans.

One key metric the industry is keeping close tabs on as an indicator of what lies ahead is the “A/B” status of CMBS loans. “A” status refers to a borrower that has entered into a “grace period” for late payment, usually five to 10 days. “B” indicates that a borrower has moved beyond that grace period but has not yet hit the 30-day mark that would qualify it as delinquent.

Historically, the volume of A/B loans has been fairly negligible, perhaps 1 percent to 2 percent of all CMBS loans, and largely ignored, says Clancy. Some loans fall into that category for administrative reasons rather than any case of distress. However, that April number is getting a lot of attention from people both within the CMBS sector, as well as across commercial real estate and financial markets due to the transparency that CMBS offers into distress that might be occurring more broadly within commercial real estate loans.

According to Trepp, the percentage of A/B loans jumped from 2.34 percent in March to 8.8 percent in April across all property sectors. If those numbers hold, it would CMBS loans on pace to hit a new record high for delinquencies in May or June, certainly for lodging and possibly for the CMBS market overall, notes Clancy. Trepp recorded an all-time high for CMBS delinquencies of 10.3 percent in 2012. Hotels saw the biggest spike, jumping from 1.5 percent in March to 20.8 percent in April. New delinquency data will start coming out May 11th with results for the full CMBS market in about two weeks.

Forbearance may not suffice

According to an April 20th report from Fitch Ratings, more than 5,000 CMBS borrowers holding in excess of $100 billion in loans had reached out to master servicers inquiring about some type of relief on loan payments. Loans secured by hotel, retail, and multifamily assets represented approximately 75 percent of relief inquiries.

Forbearance could create some downward pressure on delinquency numbers as it would allow borrowers to miss loan payments without triggering a default. However, it would be a short-term fix with lenders typically granting up to 90 days forbearance at this time. The only true panacea for delinquencies will come from a recovery and will depend on when a recovery occurs, how fast that recovery materializes and whether or not there are any setbacks, says Clancy.

The hotel sector is both frustrated with forbearance that has been difficult to obtain and concerned that, even for those who can secure it, it won’t be sufficient. “Hotel owners are facing significant challenges in getting forbearance and other loan workouts from CMBS servicers,” says Chris Burgoyne, vice president of government and political affairs for the American Hotel & Lodging Association (AHLA). Those challenges range from blanket denials of requests and lack of responses to requests to onerous upfront fees being imposed--even for requests for approval for a borrower to take out a Paychecks Protection Program (PPP) loan, he says. According to an AHLA member survey conducted during the week of April 27th, less than 15 percent of CMBS borrowers had been given any kind of forbearance or debt relief by their servicers.

Government action that has included the launch of the new Main Street Lending Program and expansion of TALF to include AAA-rated CMBS loans are viewed as positive moves. However, the hotel industry is still concerned about a potential snowball effect of foreclosures due to the unprecedented cash flow crisis. The latest STR data shows that revenue per available room (RevPAR) for the week ending April 24th dropped 78.4 percent compared to the prior year.

According to the AHLA, nearly 30 percent of all hotel/lodging debt is backed by CMBS loans with a current volume of about $86 billion in debt outstanding. In response to the crisis, the AHLA and Asian American Hotel Owners Association (AAHOA) sent a letter to the Fed and U.S. Treasury April 24th requesting additional assistance. Specifically, the industry is requesting a new $10 billion CMBS market relief fund as part of the Main Street Lending Program that would focus specifically on the hotel industry. Loans would be used to pay for a year’s worth of full loan payments for the outstanding CMBS debt.

Borrowers desperately need reasonable loan workouts, including forbearance, to get through the short-term, keep the doors open and keep their staff employed given the unprecedented crisis, notes Burgoyne. Most forbearance is for a 90-day period, while some industry experts are forecasting that the hotel industry will not return to pre-crisis revenue performance levels before 2023, he adds.

Prior to COVID, hotel properties were covering debt service at 2.0x or higher and are now facing 90 percent reduced revenues, adds Schwimmer. Needed relief will depend on whether business and leisure travel will be able to start in earnest this year. “Something tells me not, and I think that the hotel industry will need a more permanent fix if this is the case as lenders will only forbear for so long,” she says.