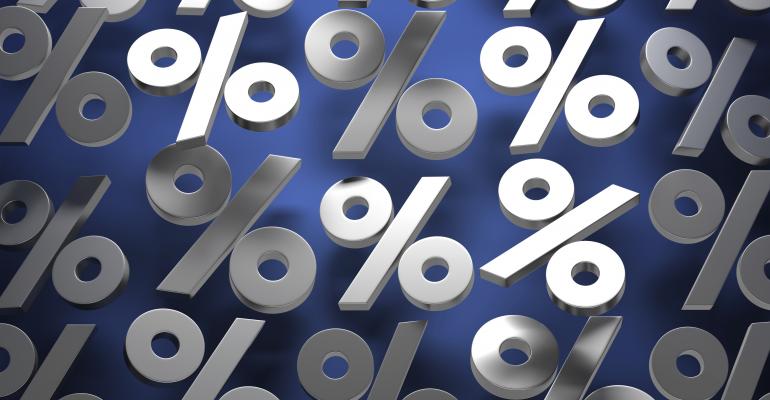 Is CMBS Underwriting Getting Loose?

According to the ratings agencies, the gap between their estimated cap rates on conduit loans and those being underwritten by the market is growing.

The spread between the cap rates used by major ratings agencies on conduit loans and the market is widening.

According to Moody’s Investors Services, Morningstar Credit Ratings and S&P Global Ratings, the gap between their estimated cap rates on conduit loans and those being underwritten by the market is growing. In the fourth quarter of 2017, Moody’s reported an average spread of 401 basis points between its cap rates and underwritten ones, the highest gap recorded for any quarter since Moody’s started tracking the statistic and up from 392 basis points during the same period last year, according to the ratings firm’s most recent CMBS quarterly report. Moody’s average cap rate rose to 10.07 percent from 9.9 percent in the fourth quarter of 2016. Meanwhile, the market’s underwritten cap rate rose to 6.07 percent from 5.98 percent.

The ratings agencies tend to use more conservative cap rates, designed to last over a standard real estate cycle.

The trend of compressing cap rates on conduit loans is particularly noticeable in gateway markets, such as New York City, San Francisco, Washington, D.C. and Boston, says John Connorton, a director in the CMBS group at S&P. There are other markets, particularly tertiary ones, where the gap might not be as wide. S&P’s cap rates are estimated using typical, generic properties, and are not meant to reflect cap rates used to value properties in distress, Connorton notes.

Moody’s attributes the gap to a shift in the composition of CMBS pools, as office assets have taken up a greater share of transactions, in lieu of retail and multifamily assets. The performance of office properties over time is considered to be inherently more volatile as it depends on the health of the economy, compared to the more stable multifamily assets, Moody’s report notes. Multifamily assets used to comprise about 15 percent of CMBS issuance prior to the financial crisis, but the figure dropped to less than 5 percent in 2017. In 2017, suburban retail dropped to 21.6 percent of CMBS issuance from 30 percent the year before. However, the share of both suburban and central business district (CBD) office properties included in CMBS rose to 34.5 percent of issuance last year from 26.5 percent in 2016.

Quarter over quarter, S&P has recorded little change in property composition in CMBS pools. But for 2017 overall, S&P also saw a spike in office-centered deals—to an average of 39 percent from 29 percent the year before. Meanwhile, retail exposure slid to 24 percent from 30 percent over the same time.

Market participants are trying to be more selective with retail exposure, says Grenda. The sector has faced a slew of negative headlines with high-profile store closure announcements. “My sense is most investors don’t want to see mid-tier or B-quality regional malls in conduit transactions,” Grenda says.

However, there is some concern regarding the increase of office assets in CMBS transactions, as it also signals a higher risk of potential deterioration in loan quality down the road, says Natalka Chevance, director in the CMBS group at S&P. “Historically, suburban office buildings have had higher default and loss rates relative to CBD office,” Chevance notes.

In addition, Moody’s research shows that most companies (roughly 80 percent) that occupy single-tenant office properties today are not investment grade. That raises the risk of the tenant having less cash flow stability over the term of the lease.

S&P and Moody’s also found that overall loan metrics deteriorated from the third to fourth quarter. However, S&P noted that for the year, loan metrics improved.

Connorton says that on the whole, 2017 was a better year in terms of credit metrics than 2016. “We saw moderately lower loan-to-values and better debt service coverage year-over-year. And some people point to that as a result of risk retention coming on board in 2017, so that’s one possible explanation among many,” he notes.

Moody’s wrote in its report that despite some differences, “the overall average credit quality of

The credit trends also appear stable for the foreseeable future. “We haven’t seen any market deterioration yet, in terms of LTV or debt service coverage,” Connorton says.