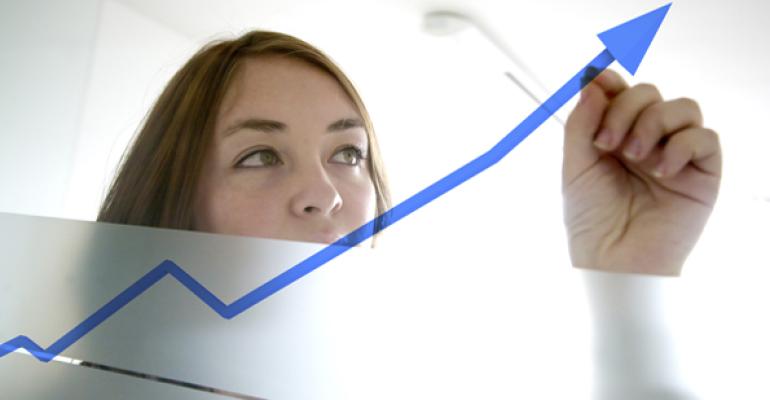 Despite Hiccups, CMBS Volume Still on the Rise

Despite recent volatility in capital markets, conduit lenders are confident they will stay on track to originate more loans this year in any year since 2008. “Whatever we lost, by the end of the year gets made up,” says E.J. Burke, executive vice president and group head of KeyBank Real Estate Capital.

Interest rates for conduit loans rose earlier this summer in line with the rise in 10-year Treasuries. Conduit interest rates depend largely on the yield that investors demand for CMBS, which spiked up in May for AAA-rated CMBS from about 80 basis points over the swap rate to about 130 basis points in July, according to data from Commercial Mortgage Alert. But the CMBS yields fell back again in August to a little over 100 basis points.

Including the steady rise in yields for Treasury bonds, conduit lenders are now offering 10-year interest rates in the 5.4 percent to 5.5 percent range, experts say. That significantly less than the high rates offered this summer, but still higher than the 4.5 percent to 4.75 percent conduit interest rates common earlier this year.

Most experts expect that interest rates will continue to rise over the long term from their historic lows. In the short term, conduit interest rates are volatile—that that means they both rise and fall depending on the mood of investors. As a result, rates on conduit loans will not only go up in this environment, according to Burke.

Most experts agree that interest rates will rise from their historic lows this spring—but the process will be slow, keeping interest rates relatively low for a long time. The process is also likely to be uneven. Within that long-term trend, rates are likely to rise and fall and rise again.

Most vulnerable to volatility

Higher interest rates for commercial and multifamily financing this summer had the greatest effect on lenders who securitize loans through the capital markets, such as conduit lenders who bundle loans into CMBS pools and Fannie Mae and Freddie Mac lenders. Borrowers reacted by exploring other options.

Lenders that keep loans on their own balance sheets benefitted. “We had a number of deals we thought we would securitize into CMBS,” says Burke. However, when interest rates rose, many borrowers pursued other options such as life companies or regional and community banks, says Burke. Other refinances borrower under no immediate pressure to close simple waited to see if interest rates might fall back slightly after spiking up—which they did for many borrowers.

Despite the volatility in the yield investors pay for CMBS, there seems to be enough investors buying CMBS to keep the market liquid and growing. “Long-term it seems to me that CMBS is regaining its footing,” says Burke. Conduits are expected to issue about $65 billion in CMBS in 2013—a sharp improvement from 2012 as the CMBS continues to strengthen after the financial crash. That includes any slowdown in the volume CMBS loans over this volatile summer.

There’s still a lot of room for the CMBS business to grow. Conduits issued $244 billion in 2007, the last year before the financial crisis hit the CMBS market, according to data provided by Jamie Woodwell, vice president in the research and economics group at the Mortgage Bankers Association (MBA).

Healthy investor demand for CMBS includes the investors who buy the riskiest, B-piece CMBS—these investors are the ultimate limit on the kind of underwriting terms lenders can offer. “There seems to be a fair amount of new participants. … There’s pretty consistent demand for non-investment grade or B-piece CMBS,” says Burke.

For all the ups and downs of interest rates for conduit loans, the terms offered by conduit lenders have barely changed. “Anytime lenders push underwriting, it could impair value,” says KeyBank’s Burke. “In a volatile environment, everyone is less likely to push things.”

Stronger real estate fundamentals should help keep bond investors interested in commercial real estate. "With favorable fundamentals, transaction volumes remained healthy,” says Michael Gerdes, managing director and head of U.S. CMBS and CRE CDO Surveillance for Moody’s Investors Service. Limited construction and positive absorption are helping properties. "Multifamily and hotel markets continue to perform strongly, although the pace of improvement is going to slow down,” according to the Moody’s forecast. “The recovery of the office and retail sectors has been more muted but their performance will also improve, in tandem with employment and economic growth."

The volume of life company loan originations to commercial and multifamily properties stayed about level from the first half of 2012 to 2013 – that includes a very slow first quarter and a very busy second quarter. MBA expects lending from life companies to grow strongly overall in 2013 for those class-A properties that life companies favor.