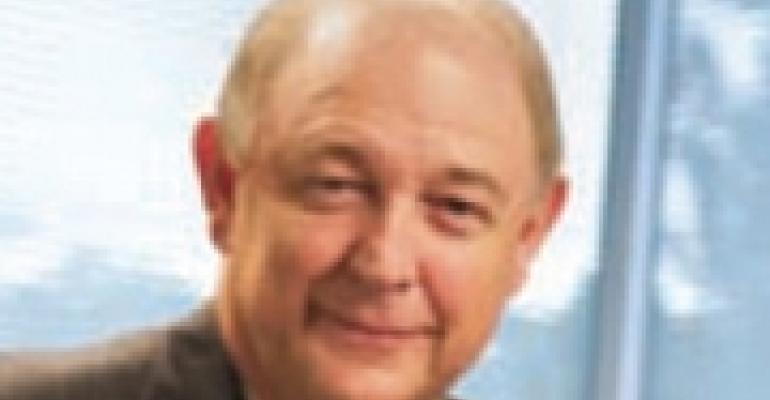 Leverage is like cocaine, theorizes Leo Wells, founder and president of Wells Real Estate Funds, which has invested more than $12 billion in real estate since its inception in 1984. “Everybody is going to start off as a social user, and debt is that way,” he observes. “Pretty soon they've snorted their whole life up their nose.”

A pioneer in the non-traded REIT market, Wells says debt is the biggest enemy to making money. The malaise the commercial real estate industry is mired in today is the result of a debt problem, not overbuilding, he insists. “If you think about it, if everyone in America had paid for everything — their house, their office buildings, would we have a real estate problem?”

The remarks by Wells came during his special guest appearance at the Emerging Trends in Real Estate 2011 conference in downtown Atlanta. The Urban Land Institute and PricewaterhouseCoopers teamed up to host the Oct. 27 event at the American Cancer Society Center. Wells spoke on a wide range of topics, including the climate for distressed buying opportunities, and his desire to do away with the Georgia state income tax.

Wells practices what he preaches when it comes to using leverage at his Atlanta-based firm. Wells Real Estate Investment Trust II, a non-traded REIT, has a policy of maintaining its debt level at no more than 50% of the cost of its assets (before depreciation). As of Sept. 30, the REIT had controlling interests in 69 office properties totaling some 21.7 million sq. ft. The properties were 95.2% leased.

Contrast that conservative philosophy with the aggressive approach of many commercial real estate borrowers from 2005 to 2007 who were able to secure senior loans at 80% loan-to-value and mezzanine loans layered on top to reduce their equity contributions. Many borrowers thought they were making a smart move, given the run-up in sale prices. “The Bible has an interesting phrase which says if you owe a person money, you are their slave,” says Wells. “There is something about slavery that doesn't mean smart to me.”

Wells REIT II continues to be an active buyer of quality properties in healthy submarkets. In October, it acquired Chase Center in suburban Columbus, Ohio for $35.5 million. The 388,000 sq. ft. office property is fully leased to JPMorgan Chase. In June, the non-traded REIT purchased Energy Center I, a 332,000 sq. ft. Class-A office building in west Houston's energy corridor submarket, for $94 million. The building is fully leased to Foster Wheeler, an engineering and construction contractor and power equipment supplier.

No tsunami of fire sales

While there will be distress buying opportunities in the coming year, Wells says it's becoming increasingly clear that the liquidation of toxic real estate assets by the banks will occur over a five-year period rather than all at once. Unlike the savings and loan crisis of the late 1980s, when the Resolution Trust Corp. swiftly liquidated poorly performing real estate assets for as little as 10 to 20 cents on the dollar, today's banks haven't been forced to mark to market their problem assets. Many borrowers also have been granted loan extensions or modifications, a process known as kicking the can down the road.

The absence of a mark-to-market standard threw Wells a curve ball. “In 2009, I said, ‘Let's hold all our cash, let's build up a lot of dry powder. In 2010, that pig will come through the python and we'll be ready.’” But that never came to pass. Still, Wells believes that as banks improve their balance sheets they will begin to foreclose on more properties and take their losses. That's part of the necessary healing process.

Raised in Valdosta, Ga., and a graduate of the University of Georgia, Wells is now a Florida resident. Why? He cites Georgia's 6% state income tax. “I don't even live here anymore because it's too expensive.”

Neither Florida nor Texas has a state income tax, something Georgia should consider if it wants to attract more companies, Wells believes. CEOs are always scrutinizing how much they pay in state taxes. “Texas is blowing and going — 3.5% to 4% unemployment the last time I looked.”