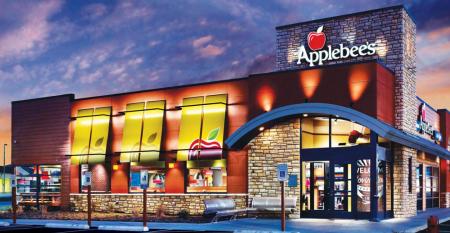 Applebee’s Is Testing its First Drive-thru Location
Jan 04, 2021
A franchise operator is retrofitting an existing location in Texas that could serve as a potential prototype for future brand designs.

Pensions Swamped in a Sea of Negative Real Rates: Brian Chappatta
Dec 28, 2020
The 30-year U.S. real yield has been negative since mid-June after never falling below zero at any point since...

U.S. Bankruptcy Tracker: Virus Sparks Worst December Since 2011
Dec 22, 2020
The 44 bankruptcies by companies with over $50 million since Oct. 1 make the fourth quarter the worst period since 2009.

Second Brooklyn Hotel Files for Bankruptcy in Less Than a Week
Dec 22, 2020
The filing covers a planned 26-story hotel and residential tower across from the Peter Luger Steakhouse.

Amazon Closes New Jersey Warehouse After Rise in COVID Cases
Dec 21, 2020
The online retailer closed the warehouse in Robbinsville Township until Dec. 26 after a spike in asymptomatic cases.

U.S. Sublease Office Space Soars in Third Quarter, to Near 2009 Peak
Dec 17, 2020
There have been large blocks of office space added to the market in the third quarter in office hubs around the nation.
Load More