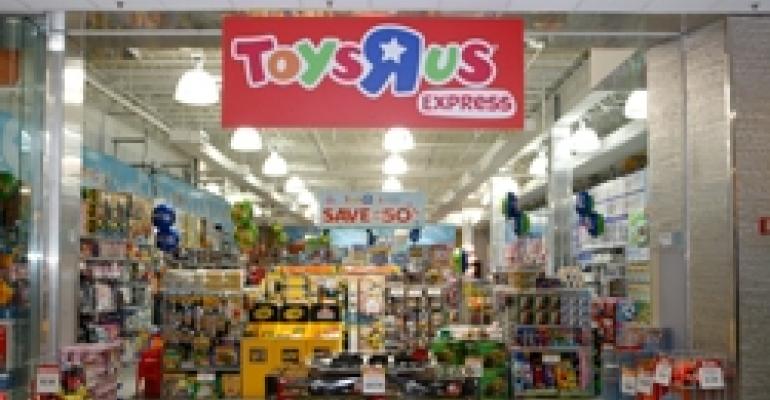 National Chains Have Adapted the Temporary Store Strategy, but it's Getting Harder to Execute

With the second half of the year under way, tenant representatives and landlords are starting the heavy lifting on temporary leasing negotiations—a side of the business that prospered during the downturn.

What was once a niche business dominated by seasonal retailers became an overarching strategy for many merchants. Some tenants took advantage of high vacancy rates to use temporary sites as test locations for future permanent stores. Others opened more traditional pop-ups, which are often marketing stunts that operate for as little as a few days before shutting down. And some explored the strategy as a way of capitalizing on the holiday shopping season without committing to a year-round location. With vacancy rates in all retail segments at or near all-time highs, landlords were eager to oblige.

In the process, the distinction between traditional seasonal tenants and pop-ups got blurred, in no small part due to the way the industry itself discussed the trend. For example, last year when Toys ‘R’ Us announced plans to open more than 600 temporary stores for the holiday shopping season, it referred to them as “pop-ups.”

But as retail occupancy rates—predominantly in primary markets—are recovering and retailers themselves are increasing their pace of expansion, the temporary leasing tide is shifting back to its traditional ebb and flow.

“It’s an easy thing to do when there is so much vacant space there, but I see less of it, especially in the better markets, because there is less vacant space,” says Spence J. Mehl, senior vice president with RCS Real Estate Advisors, a New York City-based retail real estate consulting firm. “In some of the harder hit areas, the retailers are still using pop-ups to kind of get in and out of markets where they don’t [want] to sit throughout the whole year.”

The resulting picture is one that mirrors what’s happening in the world of traditional leasing: temporary deals in the best malls and shopping centers have become harder to find, while landlords in smaller markets remain eager to work with these “pop-ups.” Not many retailers, however, are willing to put their resources into secondary and tertiary locations for either temporary or permanent stores.

As recently as 2009, most of the companies that heavily invested in temporary deals were Halloween stores and toy retailers, who do most of their business from November through January.

For example, Build-a-Bear Inc. began signing temporary leases in 2010—as of the first quarter of 2011, the company operated 11 such stores nationwide. Burlington Coat Factory, meanwhile, is considering amplifying its temporary program to 100 stores this year, says Adams. In 2010, Burlington opened 20 Select stores in various markets across the country. It took locations ranging from 5,200 square feet to 10,000 square feet, and kept them in operation from November through the end of the winter season.

In addition, Chico’s FAS Inc. signed temporary leases for its Soma Intimates concept, to see if it made sense to open permanent locations. In 2010, Chico’s opened more than 40 Soma “fast” stores, at about one-fourth of its regular build-out cost, according to comments made by CEO Dave Dyer during company calls with analysts.

“The results of the pop-up store strategy have generally been successful as many of these locations have been or we anticipate will be converted to permanent locations,” company executives noted in a quarterly report.

Last year, even fast fashion wunderkind Forever 21 got into the game, leasing approximately 15,000 square feet at 693 Fifth Avenue in New York City for a six-month stint. The retailer saw the opportunity to operate a temporary store on an upscale stretch of Fifth Avenue as a great way to promote its brand, according to Gene Spiegelman, a New York-based broker with Cushman & Wakefield.

Part of what makes temporary locations so attractive is that the have lower operating costs than full-line stores. A temporary tenant usually pays a flat fee for a three- or a six-month period that’s not calculated on the same dollar-per-square-foot basis as a regular lease. A tenant usually pays a figure based on the amount of sales they think they will do in a given space. But they do not pay common area maintenance (CAM) fees.

In addition, temporary stores usually are not finished the same way as full-line stores since the retailer usually only paints the space and makes minor adjustments rather than undergoing a costly build out.

For tenants, that’s all fine. But landlords get the short end of the stick in signing temporary leases in comparison to full locations.

With high vacancies and few tenants to fill space during the downturn, landlords were desperate, according to Jim Bieri, principal with Stokas Bieri Real Estate and partner with the Detroit division of X Team International, a retail real estate brokerage alliance. Bankruptcies and store closing announcements seemed to arrive on a daily basis. So any source of additional income was welcome—so much so that retail property owners began setting up dedicated teams within their specialty leasing departments to round up temporary tenants, says Michele Reale, principal with The Shopping Center Group, a retail real estate advisory firm.

But the tide is now turning. Owners of class-A malls and shopping centers, as well as landlords on main streets in major urban areas, are finally seeing enough demand from permanent tenants to be able to reject the overtures from retailers looking for temporary locations.

Changing market conditions have also led to higher rents for quality locations. For example, when Gene Spiegelman negotiated a pop-up deal on behalf of athletic shoe seller Skechers on Fifth Avenue in Manhattan in the fall of 2009, the retailer ended up paying approximately $200 per square foot, about 50 percent of what the landlord would expect from a permanent tenant. (Skechers was using the store strictly as a promotion campaign for its Shape-Ups product line, so it was a true pop-up tenant).

Today, the same space is being marketed for about $800 per square foot on a permanent basis, Spiegelman says. And he doesn’t think that’s an aberration. The example in New York is indicative of conditions in other primary markets, he notes.

Another changing dynamic is that with vacancy rates falling, retailers that want to sign temporary leases are finding they need to be more flexible about their space requirements, according to Reale.

That strategy can work for a tenant like Halloween City that has always been a seasonal operator. Company executives know that if they open in the right locations they should be able to reach their sales targets. But retailers that use temporary leases as a way of scouting for permanent locations don’t have that same luxury.

In order to get an accurate read on sales, those retailers need to operate temporary stores that are much closer in configuration to permanent stores and are in the same location they are looking to scout, Spiegelman says.

He adds that this year, his team has not completed one temporary lease, largely because retailers realize they wouldn’t be able to secure the sites they wanted. “We haven’t even had requests from them,” he notes. “I think the difference is that retailers once again have legitimate expansion programs and I don’t think the inventory is going to be available to test the concepts in the exact location where they would want to test the store.”

That’s not to say that going forward temporary leasing will dry up completely. Instead, the business shows signs of returning back to its historic norms and be once again dominated by seasonal players.

Halloween City, for example, would like to open 500 such stores this year, up from 400 in 2010. (If the stores are successful enough, they get converted into permanent Party City locations. Last year, the retailer signed 18 long-term deals that way).

Spirit Halloween, another party supply seller, also hopes to have a more visible presence in 2011, according to Alex Hill, an associate with brokerage firm Winick Realty Group who represents the retailer in the New York market.

Last year, Spirit Halloween operated seven New York City locations from September through October. This fall, it would like to secure 20 sites. Like Halloween City, Spirit Halloween has been trying to circumvent the problem of low space availability by agreeing to go into large big-box spaces that have been harder for landlords to backfill on a permanent basis.

“Most of the pop-up activity is done with small spaces,” Hill says. “If you have secondary and tertiary spaces, that’s a lot less desirable. Spirit does its pop-ups in very large spaces because they are harder to lease.”

In general, the more flexible the retailer is and the more it’s able to work with plain vanilla boxes rather than with fully built-out stores, the greater is the likelihood that it will continue to rely on temporary leases as a strategy.

Soma is a good example of a chain that will likely still be able to secure temporary deals, according to Bieri. The retailer has a very streamlined look with minimal fixtures and can easily fit in a pre-finished space.

And in the Atlanta area, there is a furniture store chain called Ben’s Brands for Less that opens temporary locations year-round. Ben’s takes spaces ranging from 6,000 square feet to 40,000 square feet and operates a “very lean store,” according to Reale.

“I think some of the national retailers will bow out of pop-ups as the availability of space and deal terms change, because it’s a very opportunistic business,” she notes. “But we still have some people doing it and I think they will stay because they are a little less location dependent.”