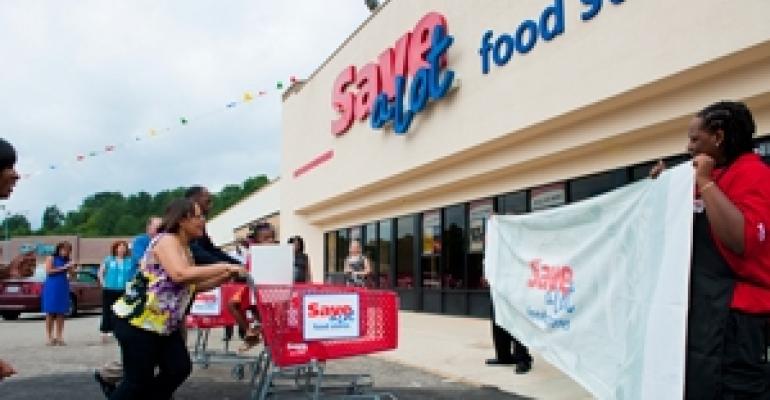 As leasing activity in the retail sector appears to gradually gain momentum, some supermarket chains have recognized this as the perfect time for expansion. The recession took a toll on some traditional grocers, including Winn-Dixie and Albertsons, forcing them to close stores, while higher-end supermarket operators continue to be circumspect in their expansion plans, says Scott Corbin, director-retail services with Colliers International, a commercial real estate services firm. That has created an opening for stronger chains with good credit. Case in point is Save-a-Lot, a division of Eden Prairie, Minn.-based Supervalu Inc.

Save-a-Lot caters to an often overlooked consumer segment—customers in urban centers and rural areas with incomes lower than $40,000, says Rick Meyer, vice president of real estate and construction with the chain. Save-a-Lot operates approximately 1,200 stores in 39 states. “We feel we do an excellent job being a grocer to the lower income customer who has often been left behind,” Meyer says.

Within the next five years, the chain sees an opportunity to double its size to 2,500 stores, opening more than 100 stores per year. It has interest in expanding in Southeastern U.S., as well as in going into urban markets in the Northeast, including Philadelphia and Boston. The chain is based in Earth City, Mo.

So far in 2010, Save-a-Lot has opened 40 new stores—a number that’s expected to grow to 100 by the end of the year. Outside of a few exceptions, including Fresh and Easy and Randall’s/Tom Thumb, supermarket chains, as a group, are not expanding aggressively. They did not make it on the list of the top five retail categories with the greatest number of planned store openings in the August edition of Retailer Demand Monthly, a report put together by RBC Capital Markets and Retail Lease Trac. According to the report, over the next 24 months, supermarkets/grocery stores plan to open an estimated 1,772 new stores, an increase of approximately 10 percent from the 16,433 stores operating today.

As a rule, supermarket chains define good access as having at least one point of immediate entry, preferably two, on the side of the road that hosts after work traffic, says Corbin.

Save-a-Lot, which is open to going into second generation spaces, had some luck this year leasing boxes that formerly belonged to convenience stores and drug stores. Typically, the chain, whose stores average 12,000 square feet to 14,000 square feet in size, won’t lease the entire box. Rather, it works with the landlord to bring in another tenant to fill the rest of the space, preferably a value-oriented operator.

At the moment, it’s possible to lease empty boxes at a 20 percent to 30 percent discount compared to their average rent in 2007, says Corbin. In addition to being able to fill a vacancy, landlords are happy to bring in a supermarket tenant with good credit, he notes. Plus, supermarket operators tend to be savvy negotiators.

That’s particularly true in the Southeast, where Save-a-Lot has been able to enjoy very favorable deals recently, according to Meyer.

Partly as a result of a lack of new development in the Northeast and the Midwest, landlords in those states have been less willing to offer big discounts on rent, Meyer says. That’s been the case in cities such as Philadelphia, Cleveland, Chicago and St. Louis.

Many of the country’s largest supermarket operators handle most of their real estate needs in-house, according to Corbin. Save-a-Lot, however, works both in-house and with third party brokers in markets where it’s seeking new stores. The firm isn’t finicky when it comes to which brokerage firms and shopping center owners it partners with, says Meyer—it has relationships with both global brokerages and publicly traded REITs and with independent local brokers and property owners.