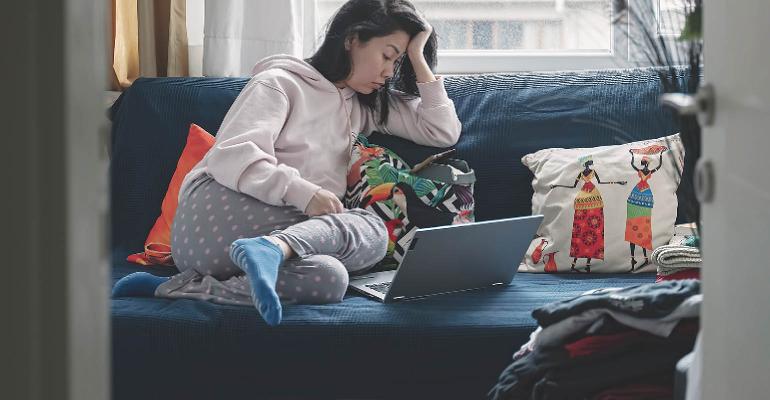 These Landlords Don’t Want Us to Go to Work: Andy Mukherjee

(Bloomberg Opinion)—Singapore now has two types of landlords. The unhappy ones need folks to show up at offices, malls, hotels and factories, something that’s simply not going to happen in a hurry with the city-state’s coronavirus infections about to hit 6,000.

But there’s also a happy property owner, whose tenants live in the clouds, unaffected by social-distancing norms. For real-estate investment trusts, or REITs, that make money by hosting data, the more people pretend to work from home and watch Netflix, the better.

The Asian financial center had a much-publicized early success in containing the pandemic before an outbreak in dormitories densely packed with foreign workers, sending numbers soaring. The government, which banned tourists last month but kept schools, restaurants and bars open, has now shut down social gatherings and closed all businesses except essential services.

That has taken a predictable toll on real estate. Of all kinds, except one.

Even as retail, commercial and hospitality properties struggle, shares in Keppel DC REIT, the island’s largest landlord of data centers by market value, have recouped most of their March losses. Put it down to more people working from home. As Bloomberg Intelligence analyst Michael Tam has noted, widespread adoption of cloud storage and external data centers could allow employers to shrink their office-based server rooms. That would boost demand for leasing space from the likes of Keppel DC.

But there’s more to the story. Singapore and Hong Kong, rivals in many other spheres, also compete to host computer servers. With Covid-19 deepening the rift between Washington and Beijing, there’s a strong likelihood that Hong Kong’s prospects will fall victim to a harder American line on China. U.S. officials recently  refused permission to Google to turn on a high-speed internet link with the Chinese territory on national security grounds, while allowing a similar connection to proceed with Taiwan, the Wall Street Journal reported. In this fraught environment, it should be very clear to Alphabet Inc. and Facebook Inc. that Singapore is a safer choice.

Outside of China, the potential market for digital consumption in India and Indonesia is large because of the sheer size of their populations. But they also happen to be the least competitive in Asia-Pacific for hosting data centers, according to Cushman & Wakefield Plc. Measured by power supply, Singapore is now the world’s largest repository for storing and processing data, with Facebook alone setting up an 11-story facility, its first such custom-built center in Asia.

In retail-crazy Singapore, owning malls was looking like a bad idea even before the virus. E-commerce was hollowing out physical stores, hurting segments like electrical goods, electronics, home furnishings and telecommunications especially hard.

The coronavirus has further buttressed the appeal of tenants who don’t need footfalls to pay rent. As long as the existing data centers hold their value, REITs can take advantage of collapsing global interest rates to shop for factories that can be modified as server farms. Their retail and commercial peers, meanwhile, could be bumping up against their 45% regulatory leverage limit, should their real-estate values drop by 15% to 30%. They won’t be going out to expand any time soon.

Their home-bound customers, too, may be stuck in a Google Classroom or a Zoom work meeting. The wealthy but aging chunk of Singaporeans who invest in data center REITs will be happy landlords, collecting a decent rent.

To contact the author of this story: Andy Mukherjee at [email protected].

To contact the editor responsible for this story: Patrick McDowell at [email protected]