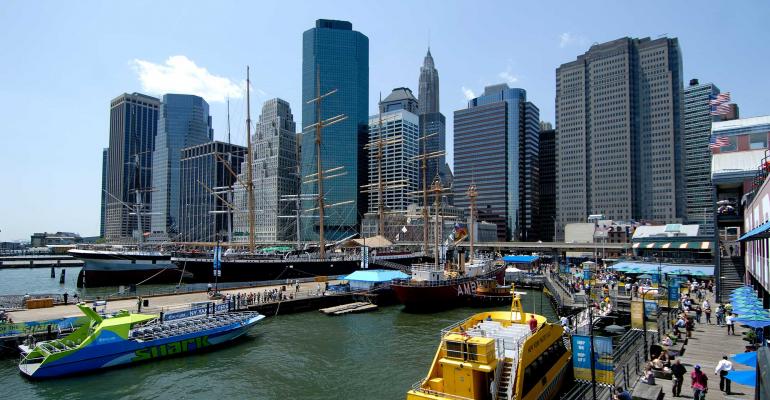 The developer wants to turn a parking lot at 250 Water Street into two mixed-use towers of affordable rentals, offices and condo units.

(Bloomberg)—Howard Hughes Corp. is proposing a $1.4 billion development in Manhattan’s South Street Seaport District, the latest attempt to transform a lot that has been mired in controversy for decades.

The Texas-based real estate developer, whose chairman is hedge fund manager Bill Ackman, wants to turn a parking lot at 250 Water Street into two 470-foot towers with a mix of affordable rentals, offices and condo units, according to a statement Thursday.

The real estate firm bought the lot in 2018 for $180 million and is now trying get city approval for the project. The project has gotten a height cut since the initial plans for the site faced community opposition, including concerns over environmental contamination on the lot.

The company, which has invested more than $900 million to redevelop the Seaport area, argues its proposal will add affordable housing and jobs at a time when the pandemic has battered the city.

“This is a project that could really lead lower Manhattan to coming back with jobs and potential real opportunity for growth,” said Saul Scherl, president of the New York tri-state region at Howard Hughes.

Read more: Howard Hughes Heads for Biggest Drop Ever After It Forgoes Sale

Ackman’s Pershing Square Capital Management is one of the largest holders in Howard Hughes, which was spun out of mall owner General Growth Properties in 2010.

The company, mostly known for master-planned communities, has seen its shares drop roughly 50% in 2020. It explored a sale last year but decided instead to make management changes, cut costs and sell about $2 billion worth of assets.

Howard Hughes signed a long-term ground lease with the city for a significant portion of South Street Seaport in 2010. So far, it has redeveloped Pier 17 and is working on the Tin Building, the former home of the Fulton Fish Market.

Numerous plans for the Water Street lot have failed over the years, long before it was purchased by Howard Hughes. The current zoning allows for a roughly 12-story tower. The larger proposed buildings, at about 38 stories, require city approval.

To sweeten the deal, the company will enhance public spaces in the area and is offering to invest $50 million into the South Street Seaport Museum, which has taken a hit during the pandemic.

The project includes more than 100 affordable rentals, part of a city requirement to get approval for the proposed zoning change.

Households earning 40% of the median income in the area -- more than $150,000 -- can qualify for the apartments. The rest of the building will be condos, with about 260 units. A mix of offices and retail space will make up the lower levels.