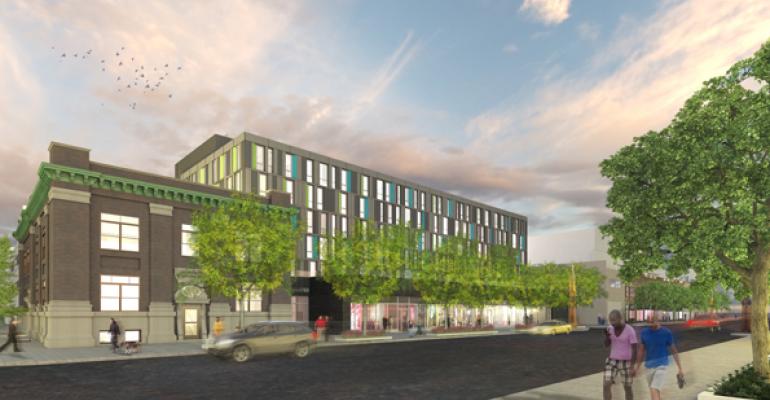 As national support grows for LGBT rights—including numerous states legalizing gay marriage and the dropping of the “Don’t Ask, Don’t Tell” policy in the military—there’s also been a surge in development announcements for gay-friendly seniors housing properties, with new centers proposed in cities such as Los Angeles, Chicago and Philadelphia.

Though the actual number varies depending on the organization, it’s estimated that there may be at least three million people 55 and older who identify as lesbian, gay, bisexual or transgender, with that number expected to double by 2020, as the baby boomer wave ages and the social attitudes continue to change. As that happens, LGBT seniors will be looking for seniors housing that’s inclusive.

Facilities catering to LGBT seniors are generally constructed as affordable housing in conjunction with funding from organizations that fight for gay rights, taking the same role that religious groups have often played at traditional facilities. By law, the properties must be open to seniors of all sexual preferences, but it’s understood during development that the housing will be geared towards the LGBT community.

Gay & Lesbian Elder Housing, which grew out of a Los Angeles-based community group called Alliance for Diverse Aging Community Services, started the first-known LGBT-specific seniors housing project in Hollywood in 2005. The $22 million Triangle Square property at Selma and Ivar avenues had a waiting list of 800 people then, and is fully occupied today with 112 residents.

Dozens more LGBT properties were planned, but many were put on hold due to the financial crisis. This past year, however, has seen banks being increasingly willing to offer construction loans, with projects are getting back into motion.

In Philadelphia, Penrose Properties and the LGBT group dmhFund broke ground in November on the $20 million John C. Anderson seniors facility, named after a late city councilman who worked for gay rights. The six-story, 56-unit complex is funded by state and city incentives and low-income housing tax credits, and will include 2,000 sq. ft. of retail on the ground floor.

In Chicago, the Center on Halsted LGBT group and affordable developer Heartland Housing Inc. is closing this week on the financing and conveyance of land for a $26 million gay-friendly seniors facility in the Lake View neighborhood of Chicago. The six-story, 79-unit property is also, ironically, going up in a former police station, and will likely open by 2015.

Modesto Tico Valle, CEO of the Center on Halsted, says there has been tremendous demand for the new housing. “We could fill this building 10 times full,” he says.

His group will move their current elderly LGBT programs to the new facility, and the property will provide a place to feel safe and nurtured, Valle says. He says he’s heard many stories from gay seniors that at regular nursing homes and assisted living centers, if roommates find out their sexuality, they are ostracized at eventually forced to leave because of bullying.

“Bullying isn’t just for young people, we see adults bullied too,” Valle says. “Our seniors basically report that they have to move back into the closet when moving into regular assisted or affordable housing, it happens much more often than we would like. That’s why what we’re doing is so important.”

He says he’s proud that Chicago is one of the many cities starting to build LGBT senior housing, and he says another local project is in the works with Heartland. “We’re looking to replicate this in Berywn, Ill.,” a suburb just west of Chicago. “We’ve already created a pro-forma, but there’s nothing final yet.”

Michael Goldberg, executive director of Heartland, says the property should be an open, inviting facility where people can be themselves. His company is part of the global anti-poverty foundation Heartland Alliance, which estimates there are about 50,000 LGBT seniors living in Chicago who need housing.

“We think it’s important for communities to have options like this,” Goldberg says.  “We did a study a few years ago on the needs of this population, and there’s just a lot of bias in general. It’s an underserved population, they need a welcoming place regardless of their orientation. A good quality of life will allow a senior to stay independent longer.”