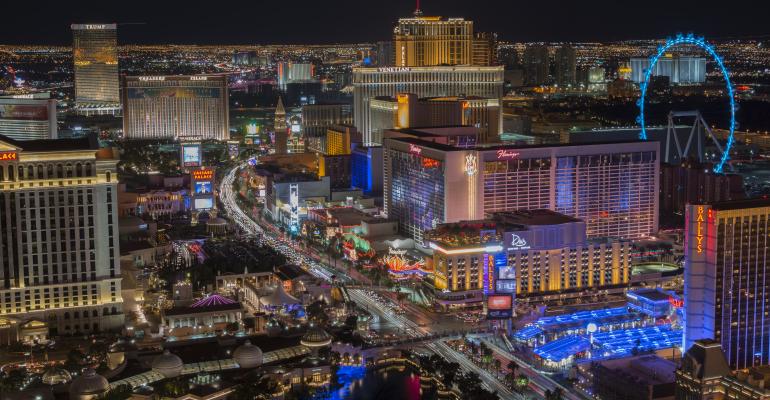 Vegas Strip's $3.1 Billion Resort to Be Delayed More Than a Year

Steven Witkoff is delaying the opening of The Drew Las Vegas, a partially built casino project that was abandoned during the financial crisis.

(Bloomberg)—Real estate mogul Steven Witkoff is pushing back the opening of a $3.1 billion resort on the Las Vegas Strip by more than a year, slowing efforts to complete a partly built casino that was abandoned during the financial crisis a decade ago.

The Drew Las Vegas, as the project is called, will open in the second quarter of 2022, Witkoff said in an interview. The project was originally scheduled to debut late next year. By delaying, Witkoff will have more certainty about his construction budget, he said.

Witkoff, 62, bought the unfinished Fontainebleau resort from billionaire investor Carl Icahn for $600 million two years ago. The 3,780-room resort will feature a giant pool, with restaurants and shops adjacent. It is located on the north end of the Strip, on the same side of the street as the Wynn Las Vegas and near the city’s convention center, which will be a big draw, Witkoff said.

The resort is affiliated with hotel giant Marriott International Inc., which doesn’t have a big presence in one of America’s busiest tourist cities. It will target high-end clients who might normally visit the Bellagio or Caesars Palace.

The architecture firm of Diller Scofidio & Renfro, whose work includes the High Line in New York and the Broad museum in Los Angeles, will lead a design effort creating something “cool, elegant, edgy,’’ according to Witkoff. It will emphasize non-gambling amenities more than craps tables, reflecting the growing popularity of Vegas with visitors who come as much for the dining and nightlife as the gambling.

“The market has not seen new build to address who the new customer is,’’ Witkoff said.

The Drew is designed to be easy to navigate, with 32 guest elevators situated right next to the front desk and a circular design for the shops, restaurants and entertainment venues. “When you build a great campus, you don’t want people migrating off your campus -- and we’ll build a great campus,’’ he said.

While many Las Vegas operators have remodeled or renamed their hotels, a major new resort hasn’t opened since the Cosmopolitan Las Vegas in 2010. The previous developer of the Drew site, Miami’s Jeffrey Soffer, spent $2.8 billion before putting the project into bankruptcy. Witkoff said he had existing financing from JPMorgan Chase & Co. and Deutsche Bank AG. Goldman Sachs Group Inc. and Deutsche Bank have been hired to raise additional capital.

The Drew isn’t the only resort in the works. Genting is building a Resorts World casino on the site of the unfinished Echelon resort nearby.

Witkoff has bought, sold or redeveloped more than 18 million square feet of property, mostly in his hometown of New York. He named the Las Vegas hotel after his son Andrew, who died of an opioid overdose eight years ago at 22. Witkoff said he hoped the Drew would eventually become a hospitality brand with multiple boutique hotels -- and that a substantial piece of the profits would go to a family foundation that battles addiction.

“We want to do something good, give something back and tell the story when you come, there is this name that spiritually honors someone,’’ Witkoff said. “And we’ll do a good thing with the money.’’