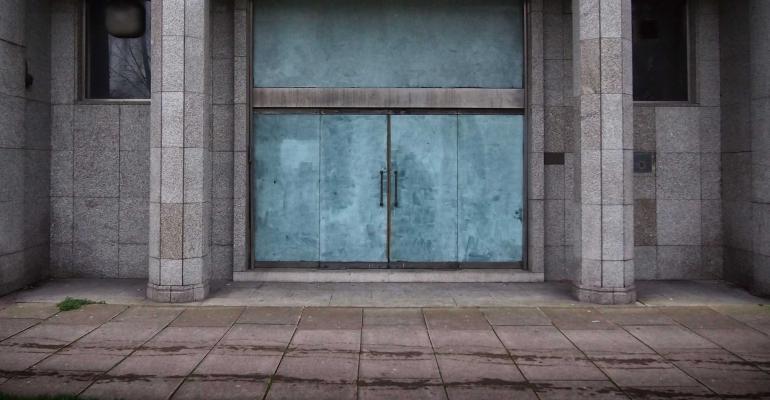 The CEO of the global private equity firm discusses strategy for deploying capital in the “target rich” environment ahead.

Billions of dollars have been pouring into private equity real estate funds targeting growing distress within the commercial real estate market. Although there is still abundant capital on the sidelines, some early movers have been busy putting that money to work.

This transcript has been edited for style, length and clarity.

Al Rabil: The actual number was $1.325 billion. In addition to that, we were able to invest $250 million from an existing debt fund and do a $500 million debt fund for a single SMA (separately managed account). So, the dollars we actually deployed were close to $2 billion.

NREI: Distress is a wide umbrella these days. What’s your focus? 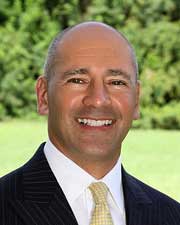 Al Rabil: The $1.325 billion Kayne Anderson Real Estate Opportunistic Debt Fund (KAROD) was raised primarily to exploit the opportunity set that existed at that time, which was secondary market purchases at deep discounts. We were buying Freddie Mac bonds due to a dramatic dislocation in the debt markets, which effectively ended in early April when the Fed stepped in and said they would start buying everything from ETFs to corporate debt to CMBS. So, the mark-to-market liquidity driven dislocation that occurred was pretty much confined to the March 19th to April 3rd timeframe with some additional sales in April.

We were able to invest about $1.5 billion and acquired close to $3 billion in bonds from March 19th to April 3rd. Of the specific $1.325 billion fund, we were able to invest close to 60 percent during that timeframe before the secondary market opportunity dissipated. The remainder of that fund will be fully invested this year, and is 84 percent invested today. We are investing in Freddie Mac bonds that we are buying from Freddie on a primary basis, and on direct origination where we are making loans where there continues to be significant opportunity due to the significant pullback from traditional lenders.

Al Rabil: We still see a significantly outsized opportunity set, but that opportunity set is finite in nature. Our business is very specific. In terms of ongoing debt business, our business is focused on primary issuance from Freddie Mac where over the last five years we have been one of the largest buyers of B-piece allocations from Freddie Mac in the country . We also are active in direct origination where we are making senior and mezzanine loans only in the verticals that we invest in – medical office, seniors housing, student and multifamily housing and self-storage.

We have a program with direct origination where we utilize note-on-note financing with several bank partners, including Capital One and the Bank of Montreal. The dynamic there is that we’ve got matched duration and no mark-to-market liquidity provision. What I mean by that is that we are not utilizing a warehouse line. So, if we make a five-year loan, we are typically laying off the senior 75 to 80 percent of that loan to our bank partners, and absent of an event of default, they have no rights.

So, unlike many others in March and April who faced well publicized mark-to-market liquidity dynamics, which created buying opportunities, we had no distress in our portfolio. We were extremely well positioned and prepared to play offense when that dislocation occurred. We were first in, and we probably invested more than anybody else did during that timeframe.

NREI: We have heard about the abundant capital that has been raised for distressed investments. Is the market pretty crowded, or is it more nuanced with everyone picking their spots or niches?

Al Rabil: The area in which we focus is not crowded, because we’re dealing with very specific verticals. I won’t say there is no competition. But from a direct origination standpoint, the number one question is no longer price, it’s certainty of close and timing, and we have always been able to position ourselves as a certainty to close buyer. We are extremely well known within the verticals in which we invest, and of course we are investing on both the debt and equity sides. We also are unique in that we have operating expertise in these sectors. So, our ability to react, respond, underwrite and provide certainty of close is unparalleled in the verticals in which we invest.

The vast majority of debt capital that has been raised for distressed opportunities has been raised by generalists. That involves buying on a technical basis, which is a different model than our model. So, it is not crowded, nor do I expect it to be.

NREI: What similarities or differences do you see in this market versus the last recession in 2008-09?

Al Rabil: They say that history may not repeat itself, but it definitely rhymes. I think we are seeing a very similar dynamic this time around. You had debt markets dislocate very quickly. Equity market dislocation plays out over a longer time frame. You have different dynamics this time in that the fundamental pillars of the financial world are not in question at this point. However, there are a lot of other question marks. Putting the healthcare dynamic of the current crisis aside, the fear level is slightly less and somewhat different than last time around. That said, stress and distress that is going to play out over time is going to create similar opportunities to what we saw in the 2008-09 downturn.

I would liken where we are now to the middle of 2009. There are certainly opportunities out there with pain that has been more unevenly distributed this time. As an easy example, retail is getting crushed, while industrial and medical office are flourishing. But there definitely is stress in the system both on the debt side in money center banks and traditional lenders, as well as on the equity side. So, for players like ourselves who are focused and well positioned and strategic, the next 24 months present a very target rich environment.

NREI: Anecdotally, we hear a lot about the opportunities emerging on the distressed debt side. Are you seeing any opportunities on the equity side or REO assets yet, or will that take longer to materialize?

Al Rabil: We’re seeing opportunities now. Same as 2008 and 2009, I don’t think you’re going to see many REO opportunities. I think the Fed has indicated that they are going to keep rates at essentially zero for the foreseeable future. They will re-equitize money center banks and others by keeping interest rates at a zero, or on a real basis, negative interest rates. But we are already seeing opportunities on the equity side, and you will continue to see those over the next 24 to 30 months.

I don’t think there will be total capitulation, selling at 50 percent of value type of opportunities. The markets that we’re in have corrected somewhere between 5 and 20 percent from a pricing standpoint, which is quite material. From a sales perspective, sellers are somewhere between motivated and highly motivated. For asset classes that continue to be strong and show resilience, like medical office and industrial, strategic buyers with discipline and capital are going to flourish, but no one is out there stealing things.

NREI: Do you think some of the capital that has been raised will take that five percent to 20 percent discount and move now, or are some shops holding out and hoping for bigger discounts?

Al Rabil: I can’t address what other shops are doing. I can tell you that we’ve been deploying capital on a consistent basis. We’ve been prepared for a recession for a long period of time. So, we’ve been able to deploy significant capital on the equity side over the last six months, and we don’t see that slowing down over the next 24 months.