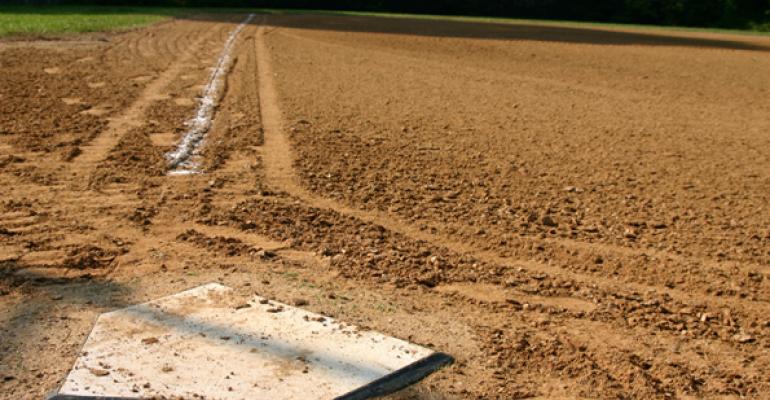 While 2012 didn’t bring the tsunami of mezzanine loans that some market participants expected, activity on subordinate debt transactions is picking up.

“We have seen a dramatic uptick in funding mezzanine debt in 2012 compared to the previous few years,” says David J. Link, senior vice president with NorthMarq. Today’s “interest rates on senior loans are so low that sponsors can blend in a mezzanine piece at a more attractive overall cost of money. Rather than give up a percentage of ownership, many sponsors find this a great way to capitalize a transaction.”

Borrowers may be more willing to seek mezzanine loans because pricing seems to have come down from 2011, when interest rates on such deals ranged between 10 percent and 20 percent. For example, Malkin Strategic Capital L.P., an investment vehicle which provides mezzanine and private equity funding for transactions ranging from $2 million to $40 million, offers fixed rates that start at 8 percent for existing, income-producing assets. The lender is willing to cover up to 85 percent of the project’s value for terms from two to 10 years.

Meanwhile, the fact that senior lenders continue to cap their LTV ratios at 70 percent or 75 percent has created a significant need for subordinate debt funding options in an environment where acquisition and refinancing activity has been spiking up, according to Steve Kohn, president of Cushman & Wakefield Sonnenblick Goldman.

For example, Terra Capital Partners, a New York City-based provider of gap financing, recently funded a $4.4 million mezzanine loan to allow for the acquisition of a newly completed multifamily property in Sacramento, Calif. Because the asset contained 67 unsold apartment units, senior lenders were willing to go only as high as 60 percent on LTV. Terra Capital’s three-year loan took the LTV to 83.6 percent, allowing the borrower to close the acquisition.

As senior lenders begin lending money for construction projects, mezzanine loans can also bridge the gap between what leverage banks and life insurance companies are willing to offer and what’s needed for the project. For instance, Bank of America provided a senior loan to Lyon Capital Ventures and Integral Communities to build a 300-unit, class-A multifamily complex in Orange County, Calif. Pearlmark Real Estate Partners, a Chicago private equity real estate investment firm, then provided a $22.8 million mezzanine loan for the project.

“With the rates so low on first mortgages, taking it from 65 percent financing to 80 percent they don’t feel they are taking on that much more risk, but they are going to get the yield,” he says.

But while more mezzanine deals took place in 2012 than in 2011, a real boom in mezzanine lending is still some time off, says Abe Bergman, managing partner with Eastern Union Funding, a New York City-based commercial real estate mortgage brokerage. That’s because a major wave of 10-year mortgage loan maturities won’t hit until around 2015. Meanwhile, Mitchell Kiffe, co-head of national production with CBRE’s debt and equity finance group, estimates the market might see a pick-up of 15 percent to 20 percent in mezzanine mortgage lending as more loans come due.

“There are still a number of assets that need to be refinanced and current underwriting standards for first mortgages won’t take out all of that,” he says.

Bridge lending is another story. As market participants have gotten more comfortable with properties containing a certain risk level—under-occupied retail centers, office buildings whose tenants hold short-term leases, multifamily properties being bought out of foreclosure—bridge lending has flourished, notes Bergman. The higher yields that can be achieved on bridge transactions—ranging from 4 percent to 12 percent—have made the market niche especially attractive to private equity players and financial services firms.

Also in October, national financial services firm Greystone expanded its bridge loan program to include independent living, assisted living and skilled nursing facilities—properties that include an operating business component as well as real estate. In the past 18 months, Greystone has provided roughly $100 million in bridge financing to multifamily owner clients.

Recently, Bloomfield Capital, a Birmingham, Mich.-based real estate private equity investment firm, provided bridge loans for a suburban office building in Royal Oak, Mich. whose owner needed money for tenant improvements to re-lease upcoming vacancies; a grocery-anchored retail center in suburban Detroit that allowed the borrower to regain control of the asset; and a $1.5 million loan for a multifamily complex in Houston, Texas, which was bought in an online auction and needed financing fast.

And in early December, Centerline Capital Group, a New York-based real estate finance firm, arranged a $55 million loan for Berkshire Property Advisors and Wood Partners to refinance Domain Apartments, a 264-unit multifamily complex in Oakland, Calif. The transaction allowed Berkshire and Wood Partners to retire a portion of a $31.5 million construction loan the firm took out from American National Insurance Co. and the City of Oakland to complete the development after it was halted by the recession.

“We’ve seen quite a bit of [bridge] business” in 2012, says Bergman. “There is definitely more demand for it because you are starting to see more creative deals happening.”

In the past, senior lenders were willing to finance creative deals if the underlying property was strong enough, says NorthMarq’s David Link. Now, however, banks and life companies have a wide variety of assets to choose from, so properties “with a story” get passed on to bridge lenders.

“Over the past several years, bridge lenders have been able to step up to fund transactions challenged by either prior borrower distress or underwriting of larger tenants [either with a questionable financial outlook or a shorter term lease],” Link says. “The bridge lenders are pleased because they are getting a great yield on deals they wouldn’t otherwise be seeing.”

The availability of such transactions will continue to increase over the coming year as the industry begins to deal with loans completed in the mid-2000s that have been in an “extend and pretend” mode, according to Ronnie Gul, principal with Mesa West Capital, a Los Angeles-based privately held portfolio lender. Over the past few years, Mesa West has been providing transitional capital for borrowers who own solid assets in good locations but need time to complete their business plans.

In the fourth quarter, Mesa West funded a $34.8 million loan for Village Walk, a 146,000-sq.-ft. shopping center in Tarzana, Calif. The center features a solid tenant lineup, including anchors Whole Foods and TJ Maxx, but because it was completed in the midst of the recession, occupancy is currently at 74 percent.

“The owners’ construction loan was coming due, but they still had some leasing to do,” says Gul. “They needed time ... as well as capital to fund tenant improvements. What we expect to see in 2013 and beyond is a continuation of deals that are in various stages of transition, that will need time and capital” to achieve sponsors’ goals.

Gul notes that on transitional deals his firm offers interest rate-only three- to five-year loans with floating rates between 5 percent and 6.5 percent spread over LIBOR. The deals are non-recourse, with LTVs that average 65 percent.