The story that garnered the most attention in 2019 was the spectacular flameout of WeWork. It was supposed to be the year where WeWork culminated its rise with a

much-anticipated IPO. Instead, the IPO had to be scrapped, there have been wholesale executive changes, mass layoffs and the company’s future is now more uncertain then ever.

The company began 2019 with an estimated valuation of roughly $47 billion, which would have been the largest IPO ever. It took the number one spot on Colliers International’s list of top co-working operators in the 19 markets the brokerage tracks, with 154 sites totaling more than 12.2 million sq. ft. of space.

But when investors got to take a look under the hood as part of the IPO filing, a number of questions emerged. Wall Street analysts balked at the company’s proposed valuation after studying its preliminary SEC filing and seeing little to back up WeWork’s planned path to profitability (in addition to eyebrow-raising self-dealing by founder Adam Neumann).

Soon the IPO was delayed indefinitely, Neumann was ousted and its largest investor, SoftBank, had to bail out the company in a $9.5 billion deal.

It’s still unclear how much fallout there might be in the commercial real estate market at large—WeWork is planning to exit a portion of its leases, which may in turn lead to some landlords being stuck with vacant spaces and no lease guarantees, and to potential CMBS loan defaults.

But office sector insiders say that the co-working sector as a whole will continue to grow, even in the event of a market downturn—though it may see some consolidation. Traditional office landlords and even some hotel and multifamily operators seem to agree—they are starting to spin-off their own co-working concepts.

Technology has played a role in the CRE sector for many years, transforming day-to-day operations through new software tools, an explosion of industry data and online platforms that facilitate dealmaking.

But 2019 was a watershed moment for proptech with records amount of capital pouring into the sector and tools such as AI, self-driving vehicles and increased adoption of Internet-of-Things devices promising to continue to alter the landscape even more dramatically. CRE firms are not just exploring the new tools on offer. Many also have now put in place chief technology officers to oversee firm-wide strategies.

One of the big questions in 2020 and beyond for CRE pros will be how to sort through all the startups and tools on offer to figure out which ones are truly sustainable for the long haul. Which offerings will become part of industry long term and which ones will fade away?

Foreign Investors Took a Step Back

For most of the past decade, foreign investors funneled record amounts of capital into U.S. commercial real estate properties. With real estate offering relatively high returns compared to alternative investment classes and the U.S. seen as a beacon of stability in an increasingly unstable global environment, the sector got the reputation as a safe play for foreigners to put their money.

This year, however, marked a turnaround in that trend. In the first half of 2019, cross-border investment in U.S. commercial real estate dipped by more than half (54 percent) year-over-year to a little more than $28 billion, according to research firm Real Capital Analytics (RCA). Part of that dynamic was due to a broader confusion in the market about how much more runway this expansion cycle might have.

Another part of the equation was the tougher regulations facing Chinese cross-border investors in their home country, especially against the background of an escalating trade war with the U.S. government. But even though foreign investors as a group have become net sellers of U.S. commercial real estate in recent months, they are still buying assets, with Canada currently leading the way. As many others in the market, foreign investors continue to be particularly attracted to multifamily properties.

Coming into 2019, investors across the board were ready for the Federal Reserve to continue its path of raising rates or, at best, slow the pace of those hikes. But amid macroeconomic and political pressure, the Fed suddenly reversed course and instead, lower its key interest rate three times during the year, most recently during its October meeting, when its key rate was cut to a range of 1.50 to 1.75 percent.

Commercial real estate insiders have been split on whether the impact on the industry will be positive or negative. With interest rates already at historically low levels, some have argued the change would have either a slight positive impact by lowering hedging costs for foreign investors or no impact at all.

Others say that the sectors already experiencing record-low pricing, such as industrial, might see a disruption in investment sales volumes as an interest rate cut might push valuations even higher and create a wider bid/ask gap. And yet others worry that the rate cuts in an already low rate environment will lead to an all-out asset price bubble for commercial properties.

The long-term secular change of consumers buying more goods and services online and growing used to ever-faster home delivery continues to have massive effects on both the industrial and retail sectors.

On the warehouse front, demand for distribution centers remains white hot as manufacturers and online giants like Amazon aim to expedite delivery of goods ordered online. In some cases, same-day delivery is now on the agenda. In addition, figuring out how to expedite returns is a growing logistics challenge.

For the retail sector the effects have been manifold. Growing online sales have cut into volumes at physical stores. Those drops have been too much for many retailers to bear and the result was another big year of closures and bankruptcies. But some retailers have adapted the change, transforming their physical locations to be able to serve as online order fulfillment centers as well as traditional stores.

For retail centers in general, the changes have led to new tenant mixes. Traditional stores now take up less space. Instead, more service-oriented tenants are stepping in as well as non-retail tenants. Health and wellness centric tenants, for example, continue to expand.

There have also been big changes on the food front. Traditional food courts are giving way to more modern food halls that offering more eclectic offerings in nicer settings. And many restaurants are adopting to online delivery as well, many now creating dedicated spots in their locations to facilitate delivery service pickup.

With the technology sector a major job growth driver in today’s market, tech firms’ expansion outside their Silicon Valley base drove leasing momentum in many cities across the U.S. in 2019.

New York became one of the beneficiaries as Facebook, Google and Apple all either announced plans to expand in the city or signed leases for huge chunks of space. But the nation’s top markets for technology firms now range from Boston and Washington, D.C. to Detroit and Indianapolis, according to recent research from real estate services firm CBRE.

That’s good news because a strong technology base might help a city’s office sector better weather a potential downturn, according to commercial real estate experts.

The Search for Yield and the Exodus to Smaller Markets

The unusually long real estate expansion cycle has led to very high valuations in the core markets foreign and institutional investors have traditionally preferred. As a result, many of them have begun to search for yield in secondary and tertiary markets, where the cap rates are often higher and population and job growth prospects might, in some cases, be better than in gateway cities.

This has been particularly true for so-called “18-hour cities” in the Southeast. The exodus to smaller markets has been playing out in almost every core sector—from office to industrial to multifamily, even spilling over into the hunt for single-family rentals, self-storage properties and hotels.

Not everyone, however, feels comfortable with the higher level of risk smaller markets carry. A survey published at the beginning of the year by the Pension Real Estate Association showed that institutional investors still ranked New York, Los Angeles and San Francisco as the best investment bets in 2019.

Following a 2018 that saw a lot of activity on the REIT M&A front, 2019 was noticeably quieter. With one exception. Industrial M&A activity continued at a brisk clip, led predominantly by demand from two big giants: Prologis on the REIT side and Blackstone on the private equity side.

In October, Prologis agreed to buy competitor Liberty Property Trust in a $12.6 billion deal. That was just months after it had also bought DCT Industrial Trust in an $8.4 billion transaction. And it also acquired the wholly-owned industrial assets of public non-traded REIT Industrial Property Trust Inc. for nearly $4.0 billion.

New rent control laws were enacted in California, Oregon and New York City, leading to some concern from multifamily investors on how the new regulations might dampen returns long-term. In the short term, however, properties in those markets have continued to trade hands at slightly higher cap rates.

California and Oregon put in place state-wide caps limiting how much rents can rise in on regulated units. Similar laws are also being considered in Illinois and Washington even as industry associations attempt to dissuade legislators from adopting such rules.

In New York City, meanwhile, lawmakers re-wrote the rulebook for rent regulation in June 2019. The new laws make it much more difficult to substantially raise rents on rent-regulated units. There are also far fewer ways an apartment can now leave the rent regulation program.

CRE investors’ search for yield has not only lead them to invest in secondary and tertiary markets, it’s also gotten them more active in the less traditional property sectors. 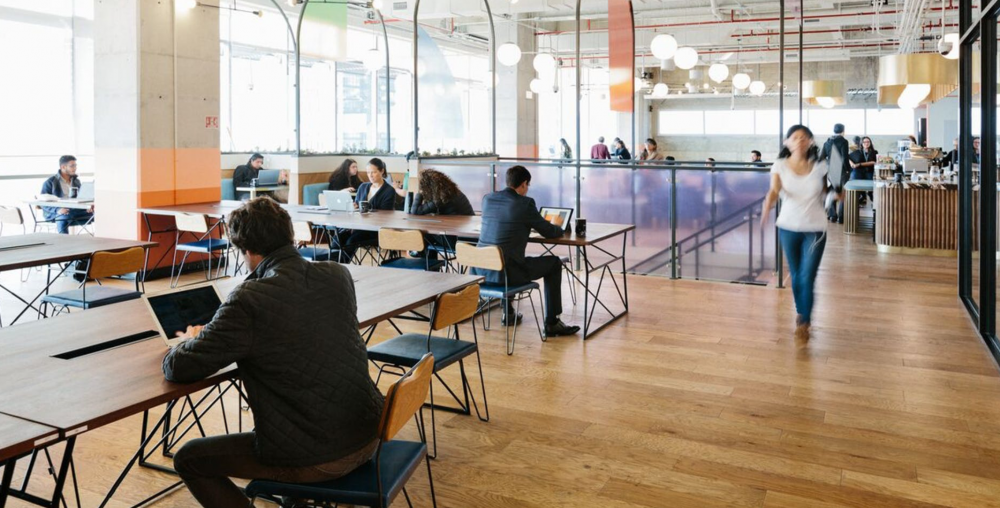