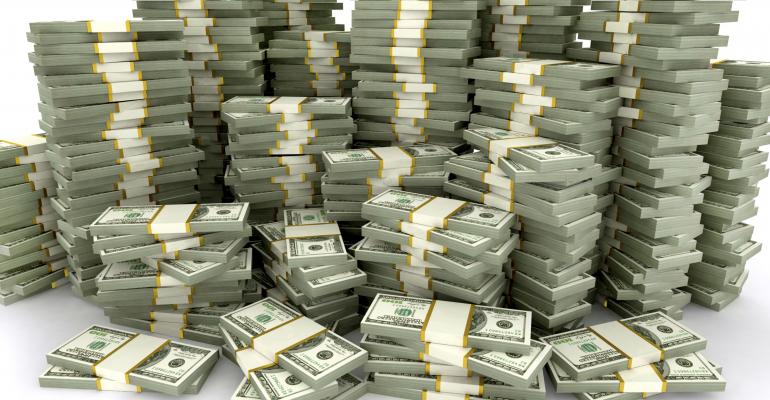 Yet another WeWork rival Industrious raised $80 million, from Brookfield Properties and CPPIB.

(Bloomberg)—Another challenger to WeWork is drawing cash from a slate of institutional investors as the office-sharing juggernaut faces the prospect of stiffer competition ahead of its initial public offering.

Like others competing with WeWork, Industrious has honed its strategy to lower risk and tout itself as safer investment. Under a new business model adopted last year, it will avoid signing long-term leases and instead partner with landlords to manage their buildings as co-working spaces or for tenants. It’s an arrangement akin to the hotel industry, where owners hand off management of their properties to brands such as Hilton and Marriott.

It’s “more sustainable, thoughtful and less risky” to rely on management contracts that last 15 to 25 years, Hodari said. He plans to phase out leases his company already signed for office space. WeWork, in contrast, had $47.2 billion in future lease obligations as of June 30.

Knotel Inc., another manager of flexible work spaces, announced its own $400 million fundraising Wednesday, giving it an implied value of at least $1.3 billion. Hodari declined to disclose Industrious’s valuation.

Hodari said he focused on raising funds from large landlords who can play a role in accelerating growth. The venture will operate co-working sites attached to Equinox gyms, a partnership to be showcased at Manhattan’s Hudson Yards development. It’s also working on deals with investors including Brookfield Properties, a subsidiary of Brookfield Asset Management Inc.

As Brookfield properties evolve into hubs where people shop, dine, live and do their jobs, “co-working space is a growing area in our portfolio,” said Sandeep Mathrani, CEO of Brookfield Properties’ retail group.

Industrious operates about 80 locations and aims to strike partnerships for 60 more sites next year. Building owners typically cover the bulk of cost for overhauling spaces. The firm gets some of the revenue collected from customers, and can share in a landlord’s profits, once a location earns more than the equivalent market rent. Industrious spaces generally are projected to earn 30% more for landlords than they would otherwise, Hodari says. Past and current members include Hyatt Hotels Corp., Airbus SE, Pandora A/S, Humana Inc. and Lyft Inc.

Some of the fundraising will be used to expand to cities in Mexico, Canada and Europe. The firm also plans to build up its presence in New York, Philadelphia, Denver and San Francisco.

WeWork is expected to raise more than $3 billion in its IPO next month, and billions more in debt financing. If Industrious kept signing leases rather than partnering with landlords, it would have needed far more capital while facing the risk of a squeeze in an economic downturn, Hodari said. Instead, its strategy is expected to help the company become profitable by early next year.

“It’s dangerous and unnecessary for companies to be stuck in a position where they have to raise hundreds of millions or more to fund their growth,” he said. The change in strategy, “was a scary, nerve-wracking transition as it wasn’t clear we’d be able to get landlords on board. But I’m glad we did it.”