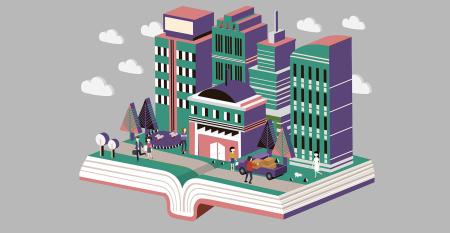 17 Books About CRE to Put on Your Reading List
Dec 17, 2020
From Stephen A. Schwarzman’s What It Takes to Vicky Ward’s The Liar's Ball, here are 17 of the more prominent books about commercial real...

There’s Both Debt and Equity Available for Office Deals. Stringent Underwriting Is the Key.
Nov 24, 2020
While there is concern about distress in the short term, lenders of all kinds are willing to finance the right...

Cerberus Said to Shelve Commercial Mortgage Bond That Mimics CDO
Nov 19, 2020
The firm has shelved the sale of a $390 million commercial mortgage bond because investors were demanding higher...

CRE CLO Issuance Picks Up After Coming to a Halt in the Spring
Oct 19, 2020
The CLO market is beginning to see more issuance, though the volume trails considerably behind last year’s.

Cerberus Is Repackaging Near-Junk CMBS Into Top-Rated Securities
Oct 05, 2020
The transaction is being referred to as a “resecuritization” in deal documents seen by Bloomberg.

CMBS Investors Likely to Get Dinged by Non-Recourse Loans
Sep 14, 2020
A key feature of how CMBS loans are structured is proving troublesome during the COVID-19 recession.

What Does the Stalled HEROES Act Mean for CRE Operators?
Sep 02, 2020
A comprehensive federal rescue package seems no closer to being passed by the Senate. Here’s what the impact has been on...

Empty Hotels Might Just Be Next Big Short for Hedge Funds
Aug 28, 2020
Short sellers are starting to build up wagers against CMBX 9, which has outsized exposure to hotel debt.

Commercial Mortgage Debt in Distress Surges 320%, Moody’s Says
Aug 26, 2020
Led by loans backed by hotel and retail properties, $54.3 billion in CMBS debt has been transferred to workout specialist since March.

Demand for NYC Trophy Office Tower CMBS Allays Pandemic Concerns
Aug 17, 2020
While the deal has yet to price, the CMBS financing for the building is being seen as a bold vote of confidence for office demand in a large city’s central business district, observers say.
Load More