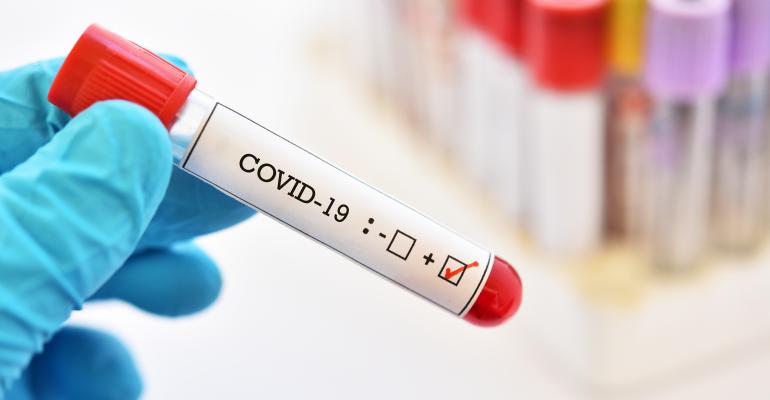 CRE deals are moving forward, but investors and lenders are wary of how the coronavirus may slow the global economy in the coming weeks.

Fears related to the potential global economic fallout from the coronavirus sparked a meteoric drop in the stock market last week, including a more than 4,000-point plunge in the Dow. Even as jittery global stock markets have worked to claw back from steep losses in trading this week, the question is how much of that contagion will spill over to impact commercial real estate?

CRE capital markets have been less reactionary than the stock market. However, the overall mood is a bit of a mixed bag. It is somewhat business as usual for some, while other investors and borrowers have opted to tap the brakes and see how things play out over the next week or so. Lenders have widened spreads to reflect the volatility and heightened risks, but importantly, capital is still flowing. Meanwhile, the Federal Reserve intervened with a rare emergency interest rate cut, dropping the benchmark U.S. interest rate by half a percentage point. The rate now stands at 1.25 percent, down from 1.75 percent. The rate is now been halved since topping out at 2.50 percent in late 2018.

“What you are always looking for in commercial real estate is that people are not lending anymore because they are getting panicked,” says Manus Clancy, senior managing director and the leader of the Applied Data, Research, and Pricing at Trepp LLC. The last time that occurred was in early 2016 when oil prices dropped to $30 a barrel and CMBS lenders did pullback in their lending for a few months. “We haven’t seen that yet, which is a good thing,” says Clancy.

Lenders are taking a cautious approach and they are looking to be compensated with higher risk premiums until the crisis is better understood. For example, CMBS spreads have widened about 15-20 basis points at the AAA rated level in the past week and nearly 80 basis points on BBB-deals.

“Spreads are wider for sure. However, we also have seen a real collapse in the 10-year treasury yield,” says Clancy. The 10-year treasury started out February hovering at an already low 1.5 percent and then dropped to a new record low of 1.1 percent at the start of March. So, all-in lending rates are about the same as they were three weeks ago, he adds.

Is coronavirus a black swan?

Frankly, it is too soon to tell how seismic the impact from the coronavirus will be on the U.S. economy and the commercial real estate market. Two of the big variables that have yet to be determined are containment and severity, notes Ryan Severino, CFA, chief economist at JLL. How far will the virus spread, how long will it last and what will be the ultimate human toll? Research right now suggests that the mortality rate is somewhere between 1 and 3 percent, which is concerning, but not catastrophic.

The third variable, and most important for the economy and commercial real estate markets,  is the level of fear associated with this and how people respond, says Severino. The consumer is now about 70 percent of the economy in the U.S. So, if people decide to stay home and stop traveling, going to hotels, movies, shopping malls and the like, it is going to have a negative impact on the economy. “Right now, there is some minor fallout on the economy, but a lot of this comes down to how the virus itself behaves and then how people psychologically respond to that, and it is still very early in the process to say anything definitive about that,” says Severino.

Major trade conferences are an area that also been affected in the short term. Within the commercial real estate industry, the giant annual MIPIM conference in Europe has been postponed. More generally, dozens of events internationally have been canceled or postponed.

Investors are waiting to see how the situation related to the coronavirus and its impact on the global economy plays out over the next few weeks.  “If it doesn’t get any worse than this, it will probably be a short-term thing that shows up for a quarter or two and then bounces back,” says Severino. “Based on what I’ve seen so far. I don’t think it is enough to tip us into a recession. It is enough that it will show up in the margin of the GDP data in the first half of the year, but I think there is still enough underlying momentum in the economy, especially in the labor market, that I don’t think we’re quite there yet in terms of the impact triggering a recession,” he says.

People are trying to sort out what’s really happening—what is the economic data showing versus the drama in the news headlines. The most apt description of where we are, whether it is politics, the economy or coronavirus can be summed up in four words—volatility, uncertainty, complexity and ambiguity (in the data)—or "VUCA" for short, notes K.C. Conway, MAI, CRE, director of research and corporate engagement at the Alabama Center for Real Estate at the University of Alabama and chief economist for the CCIM Institute.

“My gut feel is that this is an outwardly shifting of GDP and production activity to later in the year,” says Conway. Once things get back to normal and once the virus abates, which typically occurs in the spring or summer with warmer weather, things get back to normal once the supply chain gets going again. However, another issue to watch is that the market jitters and volatility may be using the coronavirus as cover for concerns about the November election. “There is a whole lot of anxiety in this capitalistic economy that the nominee on the democratic side may be a socialist,” he says. “That undercurrent may be starting to bubble up, and we’re blaming it all on the virus.”

Past history has shown that market uncertainty tends to push investors to the sidelines. It is unclear how long that pullback may last as investors wait for more clarity and reevaluate investment strategies. The coronavirus could put trigger more defensive investing strategies and an emphasis on needs-based real estate, such as housing and healthcare. A Cushman & Wakefield report on the impact of global property markets noted that the uncertainty has already sparked a flight to quality that is driving investors into the bond markets where lower rates are creating more attractive debt/refinance options.

The biggest direct impact is being felt in the hotel sector and especially those hotel brands that have international exposure. How does this impact their ability to service debt? “Right now, I think the only property type that investors are scrutinizing more and perhaps being a little more standoffish is hospitality,” says Conway. “I see no indication that it is affecting things like warehouse or industrial or apartments.”

A recent research report published by FS Investments also highlighted some risk for equity holders. Cap rates are largely near all-time lows, and property prices are 34 percent above the previous cycle peak. The report also noted, “If there were to be an extended period of risk-off sentiment, or if rent levels start to decline, cap rates could experience some expansion, hurting property valuations and, by extension, equity values.”

The FS Investments report also noted that a prolonged negative impact could raise questions about the ability of investors and developers to pay off debt. Certainly, leverage remains below pre-recession levels. Currently, the average commercial real estate debt service coverage ratio (DSCR) stands at 1.84x, meaning the average property generates nearly double the income it needs to pay its regular debt service versus an average of 1.30x in 2007.

For now, interest rates are likely to remain near record lows with the possibility that the Federal Reserve could move to cut rates to stimulate the economy. “The 10-year in the bond market is keeping interest rates insanely low,” says Conway. “So, this could be a good time for owners and investors to take advantage of that and use debt and leverage.”

What is unclear is what happens if this is a little more prolonged. “Even if rates are coming down, if investors perceive that the outlook for the economy going forward is souring a little bit, it could change their opinion on what markets they want to be in, what property types they want to be in and how much they are willing to pay for assets,” says Severino.