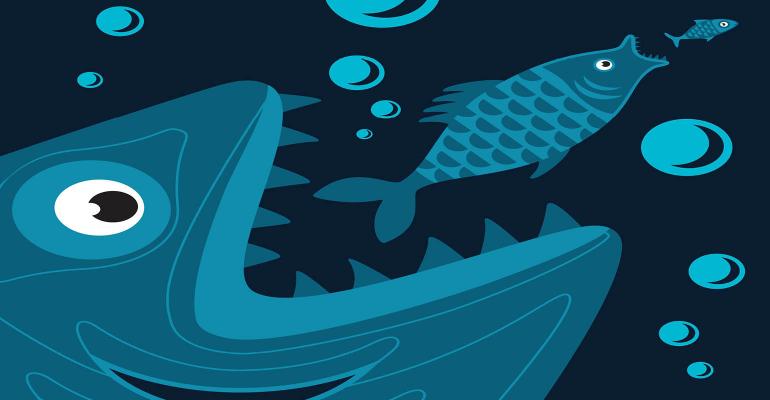 As the real estate cycle gets super-long, investors start thinking about preparing for an eventual downturn.

Investors appear to be keeping the foot on the gas in terms of acquisitions. According to research firm Real Capital Analytics (RCA), investment sales volume jumped 15 percent year-over-year in 2018 to reach $562.1 billion. But some investors are clearly retooling strategies to account for slowing growth and late-cycle risks.

Investors have been talking about shifting gears to “defensive strategies” for quite some time in the near record-breaking growth cycle. Those strategies are becoming more visible as even the optimists acknowledge the likelihood of slower growth ahead in the next 12 to 24 months. There is still a number of positive drivers in the economy, including GDP and job growth, but investors recognize that trees don’t grow to the sky and they have to be thoughtful about where they place their capital at this stage of the cycle, notes Steve Pumper, executive managing partner at real estate services firm Transwestern.

“We’re seeing deeper bids on deals where the downside can be clearly managed, or in the near-term you can articulate a defensive strategy,” notes John Kevill, a principal and managing director, U.S. capital markets, at real estate services firm Avison Young in Washington, D.C. In general, there is a fear that it is late in the cycle. Those fears are compounded by concerns that there could be some disruptions in the real estate business, notably from e-commerce and co-working, that could render some of the traditional underwriting obsolete, he says. “So, people are looking for different ways to understand and manage their risk when they are buying deals,” he adds.

Resource Alts is one investment firm that has made a strategic shift to a more defensive strategy. Two years ago, the firm was operating with a 70-30 strategy that was weighted more towards offensive investing in one of its key funds. The current strategy has now flipped to 70-30 in favor of defensive investing, with a further move to 80 percent planned in the next 12 months.

That increase in defensive investing is largely due to expectations that growth and appreciation in buildings is declining. “We think it’s going to come in for a soft landing, but we would prefer to focus more on defensive income in the 7 to 9 percent range rather than to assume that building values are going to appreciate 5 to 10 percent as they have over the last three to five years,” says Gene Nusinzon, portfolio manager at Resource Alts in New York City.

Specifically, Resource Alts likes defensive positions in transitional loans on the debt side, as well as multifamily and healthcare assets on the equity side. The transitional loan products are generally structured as floating rate loans with 60 to 70 percent loan-to-value (LTV) ratios and two to three years first lien mortgages. During the last cycle, there was an average of a 10 percent decline in values per year that lasted about three years. “So, in the event that we do go through a similar scenario, we think that our principle will be whole, and we’ll be able to generate very attractive returns from these transitional loan investments,” says Nusinzon.

Caution creates tailwind for some sectors

Two of the sectors that are benefitting from a bigger appetite for defensive investing include net lease and workforce housing. “Over the last 12, 18 and 24 months we have seen a huge increase in single-tenant, long-term net lease, high quality investments,” says Pumper. Investors like the added security of buying assets with credit tenants that have a 10-, 15- or 20-year lease in place that can ride out any correction in the market that might occur over the next 24 to 36 months, notes Pumper. According to RCA, single tenant property sales jumped 11.4 percent in 2018 to reach $65.4 billion.

In the multifamily sector, most of the new supply being delivered is concentrated in luxury class-A properties, which is why many investors are shifting strategies to more defensive workforce housing. Buyers are exhibiting a strong appetite for well-located class-B apartment buildings in good labor markets. Pricing for those assets has risen, but it is still performing extremely well, notes Pumper. “There is still a strong appetite out there for workforce housing because the delta between A space and the B space is fairly significant and, as a result of that, you can still raise rents and get a nice return on your investment,” he says.

Resource Alts has increased its focus on workforce housing along with healthcare, which includes hospitals, medical offices and, to a lesser degree, seniors housing. The firm likes the supply and demand picture for all of those property types. In addition, those sectors are likely to benefit from a less volatile consumption economy as compared to retail, as well as office, which is driven more by corporate capital expenditures, notes Nusinzon.

Getting comfortable with risk

One contrarian data point to that shift towards more defensive investing strategies is that a majority of private equity capital is still flowing to higher yielding value-added and opportunistic funds. According to London-based research firm Preqin, value-add and opportunistic real estate private equity funds raised $36 billion and $43 billion respectively in 2018 as compared to core and core-plus funds that combined raised $6.1 billion in 2018.

That data suggests that investors are still willing to assume late cycle risk in order to generate higher yields. At the same time, buyers are being more careful in underwriting risk and some deals are seeing a noticeable shift in the depth of the bidder pool. Defensive strategies are attracting more bidders for certain property types that are viewed as more bulletproof in a downturn, whereas other assets are seeing fewer bidders.

At this stage of the market, investors are wary of buying assets that are more commoditized, notably in retail and office, adds Kevill. For example, in retail, the defensive strategy might be articulated as having a back-up plan for an alternative use. If there is a clear path to adaptive reuse, that property will likely result in a deeper bid, which speaks to how buyers are thinking more defensively, he says.

Another sector where buyers are exhibiting more caution is suburban office. Buyers are not necessarily looking only at class-B or class-A office, but they are looking at the characteristics, such as the desirability of location in terms of traffic patterns and ingress and egress. As people are taking a sharper look at pro forma and growth assumptions, they are also paying more attention to what characteristics have the ability to attract tenants in a downturn.