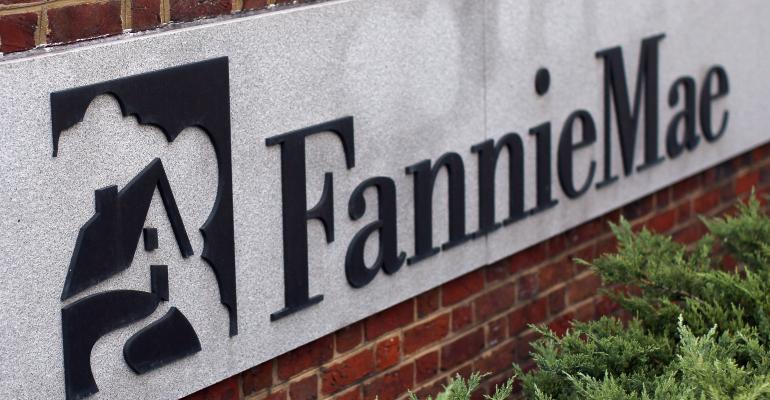 Don’t Mess with Fannie Mae and Freddie Mac: Editorial Board

The Treasury’s plan would benefit hedge funds, but be a loss for everyone else.

(Bloomberg Opinion)—It’s official: The Trump administration has a plan to deal with mortgage giants Fannie Mae and Freddie Mac — by returning them to the same quasi-governmental form that set them up for failure in the 2008 financial crisis. If executed, it’s likely to be a win for a small coterie of hedge funds, and a big loss for everybody else.

Fannie Mae and Freddie Mac play a central role in U.S. housing finance. By guaranteeing payments of interest and principal on home loans (in return for a fee), they make the ubiquitous 30-year mortgage possible. For decades, they operated as a public-private hybrid. Their congressional charter to promote homeownership created a perception of government backing, which allowed them to get by with extremely little capital and deliver outsize profits to their private shareholders. The perception became reality after the housing bust, when they suffered overwhelming losses and the government had to rescue them at taxpayer expense.

Since then, as wards of the state, Fannie Mae and Freddie Mac have actually done quite well. They have supported lending throughout the recession and recovery, boosted fees to better cover their risks, and paid more than $300 billion in dividends to the Treasury. Yet a rump of private shareholders, including hedge funds that have bought in since the crash, keeps clamoring for a piece of the profits. And legislators keep coming up with — and failing to agree on — sweeping plans to reform the companies and reduce the government’s involvement in the mortgage market.

Now, in the absence of congressional action, President Donald Trump’s administration might go it alone. Its plan, released last week by the Treasury, is to put the companies back into private hands, but this time with an explicit government backstop. This means the companies would retain more of their earnings — potentially a huge windfall for the private shareholders. The resulting structure would be much the same as before the crisis: Shareholders would reap profits until the next housing bust, when taxpayers would again be on the hook — only more firmly than last time — to cover losses.

Granted, the Treasury plan does call for shareholders to take on more risk in the form of added equity capital. It also requires the government to charge a fee large enough, supposedly, to compensate taxpayers for providing a backstop. This was how the old system was meant to work, and it failed. Such a setup gives the private shareholders every incentive to press for low fees and light capital requirements. Experience suggests they’re very likely to get their way.

There are better options. For example, Fannie Mae and Freddie Mac could be merged into a single, fully government-owned corporation that would transfer most of its credit risk to private investors, retaining just the catastrophic risk that only the government can bear. This would get private capital involved without letting it so easily shift risk to taxpayers. Pricing the guarantee correctly would be easier. This in turn would promote more competition from completely private lending channels. As it happens, Fannie Mae and Freddie Mac have already been moving in this direction, issuing special credit-risk-transfer securities and creating a common mortgage-securitization platform.

The Trump administration’s plan for Fannie Mae and Freddie Mac still has a long way to go. There are many details to iron out and various political forces to align. As the idea moves forward, one can only hope that inertia will prevail: Doing nothing would be better than this.