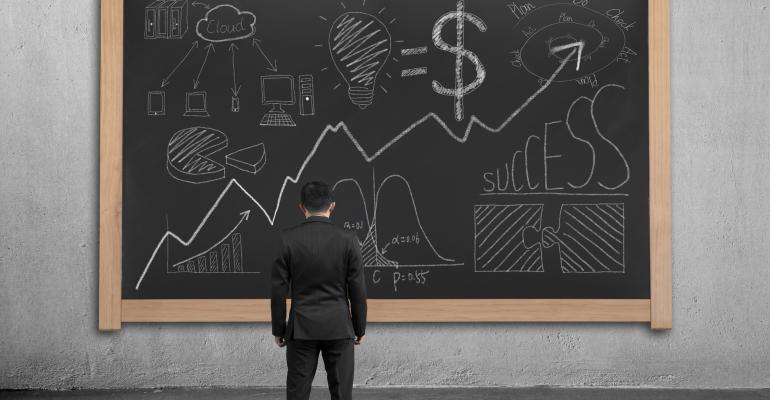 The U.S. property market landscape in 2017 will be characterized by continued strong fundamentals, increased investor flows and high transaction volume. As for the economic landscape, the U.S. continues to grow moderately and add jobs. The U.S. employment gains continue to be strong, with unemployment dropping below 5.0 percent earlier this year, and adding to demand for housing in a variety of forms, for office space, for the retail sector and for industrial/distribution facilities. While many fear the end of the current economic cycle, the fact that the recovery was so protracted leads me to believe that we may have another two years left in the current growth cycle.

The U.S. Federal Reserve made it clear last December that the central bank sees U.S. growth as relatively stable, notching the federal funds rate higher by a quarter point. Nevertheless, underlying inflation is extremely tame in the U.S. and in major emerging markets (with worries of deflation in some sectors and countries), providing no impetus for significantly higher rates. Lending rates and fixed-income rates of return will still be very low by historical standards, inducing continued levered purchases of real estate assets.

The following five trends will play a significant role in commercial real estate in 2017.

1. Global economic and political uncertainties. The Brexit vote in the U.K. has added new uncertainties that will not be fully understood, much less resolved, in the near term. The IMF has downgraded global growth twice since January as uncertainties blur the outlook. For U.S. markets—real estate in particular—the impact is likely to be largely positive as U.S. assets become more attractive and valuable to global investors. We can probably expect enhanced inbound foreign investment in U.S. real estate as the U.S. becomes even more of a safe haven. The IMF predicts higher economic growth in the world as emerging markets find their footing and commodities continue their recovery. Stronger global growth is likely to provide more real estate inflows into the U.S. market as the U.S. remains one of the most attractive commercial real estate markets.

2. Low interest and cap rate environment. While it seems fairly certain that the Fed will seek another rate hike before the year is out, it should be minor. The funds rate could be boosted by perhaps 0.25 percent to 0.50 percent in 2016 and the same in 2017, but both inflation and employment appear to be coming in under the Fed’s expectations. With global economic growth lower than expected earlier in the year, the Fed will more likely maintain a ‘wait-and-see’ position in the short term. We still believe that the Fed is more than likely to weigh the effects of each move it makes before adding any additional friction to current (if unspectacular) economic growth trends. Ten-year Treasury yields have been in flux as early concerns about the effects of Brexit have begun to smooth out. Yields, which had fallen to as low as 1.24 percent in the immediate aftermath of the Brexit vote, have risen back to more than 1.5 percent in recent weeks. As concerns about global economic developments ease, we should expect those yields to push back toward a more normalized 1.75 percent to 2.0 percent range by early 2017. The squeeze on cap-rate spreads remains of some concern for real estate investments should rates rise more rapidly than expected, especially with the “frothiness” we have seen in certain gateway, class-A markets. At present, little indication exists that a rate increase will push cap rates dramatically higher. Nonetheless, there are indications that yields may begin to drift upward. And, as pricing in first tier markets stalls and yields hover in the sub–4 percent range in some of the major gateway markets—which are, in some cases, already in peak pricing territory—we should probably expect investors to move more aggressively into secondary and tertiary markets—and to opportunities beyond core assets to core-plus and value-add properties, as well as some of the higher-yielding niche property sectors, such as medical real estate.

3. Foreign investment in the United States. Global economic and political uncertainty continues to drive capital to the United States. International capital flows into U.S. real estate assets will continue—and increase. The U.S. property market is the most stable and transparent in the world, with higher relative yields and price appreciation potential, making it an easy investment choice. And, while slowing growth in China and much of Europe may dampen currencies and incomes over there, there is still abundant non-U.S. capital looking for placement and very strong demand for U.S. assets, as 2015 proved with record inflows. In 2015, foreign purchases of U.S. real estate assets rose to more than $87 billion over the 12 months ending in December, according to the Association of Foreign Investors in Real Estate (AFIRE), with China, Canada, Norway and Singapore all riding the wave. That volume is up from just $4.7 billion in 2009, according to research firm Real Capital Analytics. Among members of AFIRE, a substantial percentage expect to increase investment in the U.S. in 2017. Changes in the 1980 Foreign Investment in Real Property Tax Act (FIRPTA), which now allow foreign investors to be treated in a fashion similar to their U.S counterparts, will likely lead to an increase in foreign investment in the U.S. real estate market as well. 4. Slowing new supply. Additions to supply will remain limited across the board, with only modest supply growth in a few sectors—multifamily (now slowing for the remainder of 2016), student and seniors housing (creeping up) and single-tenant industrial (regional distribution centers)—and repurposing in others (suburban malls). Lending sources were extremely skeptical about funding new construction (particularly hotel and hospitality) coming out of the last recession, and the current lending environment is showing signs of reticence as bank reserve requirements from Basel III and CMBS risk retention requirements from Dodd-Frank are due to kick in by late 2016. Market volatility has sharply reduced CMBS offerings as well. Insurance companies are stepping in to fill some of the gaps, and private debt funds are emerging as an alternative space. Of all the property sectors, only multifamily can be said to be near long-term new supply highs, although office is seeing some marginal supply additions in a few markets for the first time in years. Medical office supply remains at a fraction of its long-term levels. 5. Volatile Energy Markets. Energy market volatility has already affected certain regional economies (Houston, North Dakota) and producer nations (Saudi Arabia, Venezuela). Last year saw a dramatic drop in oil prices, and the drop continued into early 2016, followed by substantial volatility through mid-year. Increased production and reduced demand due to slowing global growth led to the decline which saw oil prices fall from $110 per barrel to a 13-year low $27 per barrel in early 2016, with recovery to just $43/bbl in July. The world is oversupplied, and major oil-producing countries have barely reduced production. This has had a profound economic impact and carries with it implications for property market fundamentals and commercial real estate pricing. The impacts vary considerably by region and sector. Negative effects are largely concentrated in a few metropolitan areas with high economic exposure to the energy industry (including Houston, Texas and the oil shale region in North Dakota). For most metro areas and property types, lower oil prices have been a net positive. Spending less on gasoline encourages consumers to spend more on other items, which helps retail and hotel market fundamentals. Lower oil and energy costs will also reduce certain construction, manufacturing and logistics costs. This aids business investment and expansion, which, in turn, increases demand for industrial and manufacturing space. Property markets will see a short-term lift due to a combination of improving tenant fundamentals and lower operating costs. However, for major energy-producing metro areas, the short-term benefits of low prices will be discounted by the negative impacts on energy-related firms. The long-term health of the property markets in these metro areas will greatly depend on the speed with which oil prices rebound to sustainable levels for U.S. producers. The national economy overall is better off in the near term. The U.S. is still a net importer of oil at about $190 billion per year, and the decline in prices positively influences the nation’s trade balance. Lower prices directly translate into an increase in household disposable income. Americans could see $50 billion to $75 billion ($400 to $650 per household) in gasoline savings this year alone. David Lynn, Ph.D., is the founder and CEO of Everest Medical Core Properties and Medical Core REIT I. He is the author of five books and more than 70 articles on commercial real estate and a frequent speaker in the industry. His recent book, The Investor’s Guide to Commercial Real Estate, offers expert advice for institutional real estate investors.