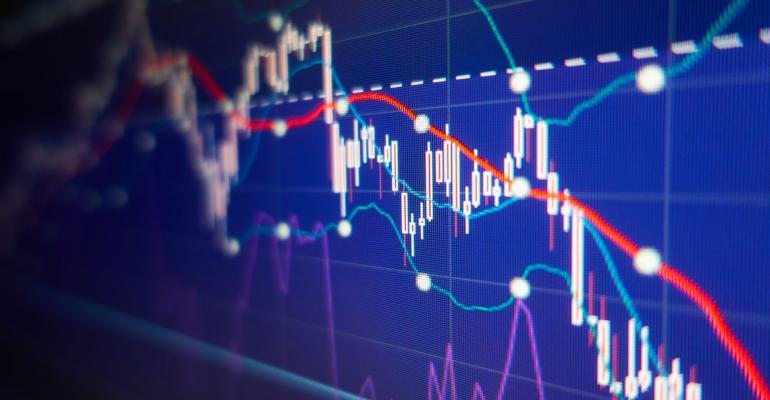 Possibly the best chance for yields to climb out of the ditch comes midweek with the Treasury’s quarterly refunding announcement.

(Bloomberg) -- The world’s largest bond market looks set for yet another bout of fear-induced trading next week, and this one could drive yields back to the panicky lows reached a few months ago.

The rising toll and rapid spread of the Wuhan coronavirus has strengthened demand for safe assets, sending Treasuries back to levels last seen when investors were fixated on recession risks. The yield curve re-inverted this week. The benchmark 10-year is close to slipping below 1.5% for the first time since early September, while the 30-year dipped below 2% on Friday.

It may not take a lot to rush through these levels, but a lot is certainly on the way. China’s stock market will open under duress as authorities struggle to contain the coronavirus. On the political front, attention turns from U.S. President Donald Trump’s impeachment trial to the Iowa caucuses and the popularity of the Democratic Party’s progressive wing. Hopes that a report will show a recovery at U.S. factories are looking dicey. And that’s just Monday.

Possibly the best chance for yields to climb out of the ditch comes midweek with the Treasury’s quarterly refunding announcement, which will lay out the government’s upcoming debt sales. The Treasury Department is likely to keep borrowing at least at its current record high for another quarter. The market is looking for details on the new 20-year bond, and given that this issue is coming unexpectedly soon, investors will also be on alert for other surprises.

Then there’s the expectation that Friday’s payrolls data will reflect another month of robust job gains. The labor market remains a pretty solid foundation for the view that the U.S. economy can continue humming along without further help from the Federal Reserve this year. Chairman Jerome Powell revisited this stance following policy makers’ meeting this week, even as money-market traders warmed up to the idea that there could be more than one Fed rate cut in 2020.

But unless economic data deliver a terrible shock in the days ahead, says Eaton Vance portfolio manager Eric Stein, the market is more likely to focus on the unfolding health crisis than to somewhat-stale reports on the state of the economy. Fed Vice Chairman Richard Clarida described the outbreak as a “wild card” for the U.S. economic outlook on Bloomberg Television Friday.

“What could force the Fed to make a monetary policy move? A little bit stronger or weaker data, probably not,” Stein said. “A big thing like the coronavirus, if it turns out really bad? Yes.”

To contact the editors responsible for this story:
Benjamin Purvis at [email protected]
Nick Baker