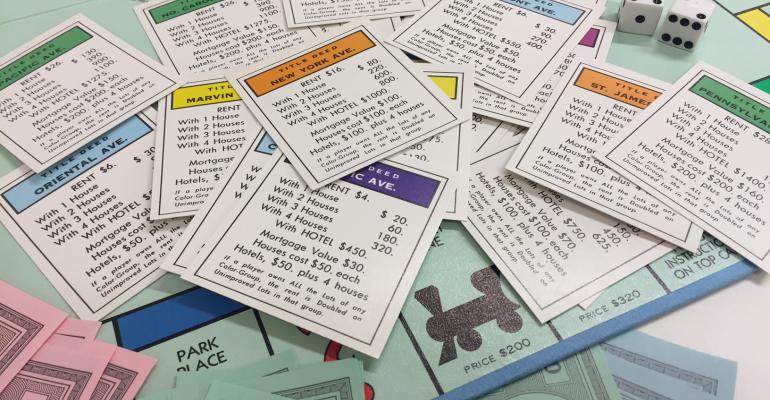 GOP Tax Plan Carries Benefits for the CRE Industry, with the Exception of Affordable Housing

The legislation, which still must work its way through Congress and could change, maintains many of the existing provisions that benefit the commercial real estate industry.

The new tax reform proposal unveiled by the House of Representatives appears to bode well for the commercial real estate sector.

The legislation, which still must work its way through Congress and could change, maintains many of the existing provisions that benefit the commercial real estate industry. For example, the bill continues to allow the deduction of interest expenses. While businesses currently can deduct interest expenses on commercial loans, the House bill seeks to cap this amount for some industries—except for commercial real estate, according to The New York Times. It preserves IRS Section 1031 like-kind exchanges, one of the main areas of concern for industry experts prior to the bill’s release. It also slashes the maximum tax rate for pass-through entities—private businesses organized as sole proprietorships, partnerships (including limited liability companies) and S corporations—to 25.0 percent from 39.6 percent. Many commercial real estate investors, including the Trump family, turn to LLCs and partnerships to conduct their business. Some real estate economists have previously predicted that a dramatic cut in the taxation rate for pass-through entities would vastly increase their popularity in the industry. It would especially serve as a boon for private equity real estate firms and real estate fund managers.

“We’re encouraged to see that the tax bill released preserves the current tax treatment for commercial real estate finance,” said Lisa Pendergast, executive director of the CRE Financial Council, an industry advocacy group, in a statement. “We look forward to working with Congress as it debates tax reform to ensure it remains on the right path toward maintaining a vibrant commercial real estate finance industry.”

The Investment Program Association (IPA), an advocacy group, also supports the proposed legislation. In addition to maintaining the 1031 exchange provision, the legislation excludes real estate from immediate expensing and from the net interest expense limitation. The bill recognizes the importance of commercial real estate for the national economy, says Dan Cullen, a senior tax partner at global law firm Baker McKenzie and an IPA board member. The group does not anticipate that Senate will make big changes to any of the provisions impacting the real estate industry, but it is looking for further clarification on some of the bill’s technical aspects, Cullen says.

The Senate is expected to release its version of the bill later this week. As a result, there may be a change to the carried interest tax break, long used as a benefit by investment fund managers in allowing them to have their investment fund profits taxed at a lower tax rate reserved for capital gains rather than as ordinary income. The current bill does not touch this provision, in spite of it being one of the most controversial loopholes in the existing tax code. House Ways and Means Chairman Kevin Brady has said this week he may implement a “two-year holding period” for carried interest, which would double how long an investor would have to hold an asset to qualify for the lower tax rate, according to Bloomberg.

It is unclear whether Brady’s statement on carried interest will come to fruition, Cullen says.

One sector of the commercial real estate industry the current plan may negatively impact is affordable housing, says Emily Cadik, director of public policy at Enterprise Community Partners, a national affordable housing non-profit. While the organization is pleased that the bill does retain the low-income housing tax credit (LIHTC) mechanism, which provides affordable housing developers tax credits for building new affordable housing units, production may be cut as the current bill takes away the tax exemption for private activity bonds. Those bonds provide financing for up to half of the housing units built using the credit, Cadik says. The organization is looking to the Senate’s version of the bill to see if the bonds can be maintained, Cadik says. “While it’s not too late, it does require action on [Congress’] part that it doesn’t come to pass,” Cadik says.

There are more than 11 million low-income households that dedicate half of their income to rent and are severely cost-burdened, Cadik says. Enterprise is part of a broad coalition advocating for federal legislation to expand the LIHTC program by 50 percent, which would add 300,000 to 400,000 affordable housing units annually over the next 10 years to try to fill this need.