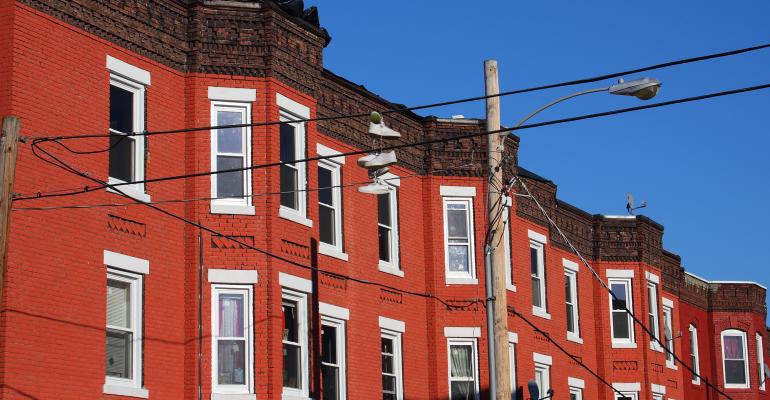 The money manager wants to raise approximately $500 million for investment in opportunity zones.

The so-called opportunity fund will start by bankrolling ground-up development in designated zones across the country. The Arlington, Virginia-based money manager is seeking to raise about $500 million for the strategy, according to two people with knowledge of the matter who asked not to be identified because the information isn’t public.

About 8,700 “opportunity zones” were nominated by governors in each state, Washington, D.C., and U.S. territories earlier this year. The zones are especially attractive to firms and wealthy investors seeking to redeploy capital gains. People start by plowing those proceeds into “opportunity funds,” deferring taxes until 2026. If the funds buy and hold qualifying assets for at least five years, investors can reduce the tax they pay on appreciation or eventually eliminate it altogether.

EJF’s effort is the latest sign that investors are rushing to make use of the tax break, a lesser-known part of the overhaul Republicans pushed through in December. Goldman Sachs Group Inc. already is pursuing projects it expects will be eligible. Several real estate firms are setting up funds. And, this month, one of the largest affordable-housing groups in the country said it’s partnering on an opportunity fund to revive Main Streets in small towns.

It’s also a rare element of the tax overhaul that has bipartisan support, with backers extolling it as an innovative way to steer private money into overlooked communities. Senators Tim Scott of South Carolina and Cory Booker of New Jersey sponsored earlier bills to create the zones before it was tucked into the package that passed last year.

Even so, some researchers and non-profits have argued the provisions were written so broadly that savvy investors and real estate developers could exploit it for projects they might have done anyway or that displace lower-income residents. An analysis by the Urban Institute this year found only a small portion of the zones are in areas that have already gentrified.

EJF is exploring making its fund available to some wealth-management platforms, which could help it to raise far more than $500 million, the people said. Such a move could broaden the pool of investors who are able to benefit from the strategy and ensure that it doesn’t become a tax-saving tool only for the very affluent, one person said.

The asset manager plans to partner with developers nationally and is looking to take equity stakes in a diversified group of projects, according to the people. By initially focusing on constructing new buildings -- rather than renovating existing sites -- the hedge fund is hoping to meet a requirement in the law that properties in the zones be substantially improved, one person said. A representative for EJF declined to comment.

Friedman is best known for making bets on financial services companies and regulatory changes. He said earlier this year that he sees big opportunities in small banks as the Trump administration enacts rules that favors them over their larger competitors. His flagship Debt Opportunities Fund posted annualized returns of 14.4 percent through August, according to a document shared with investors and obtained by Bloomberg.

Apart from raising its fund, EJF is looking to help popularize the tax incentives and speak to their potential to help struggling communities, one person said. Friedman was one of the speakers at a Milken Institute briefing on the subject in June, according to the event’s website. And two of the hedge fund’s employees are scheduled to discuss opportunity zones at a conference next month hosted by SkyBridge Capital, the firm started by former White House communications director Anthony Scaramucci.