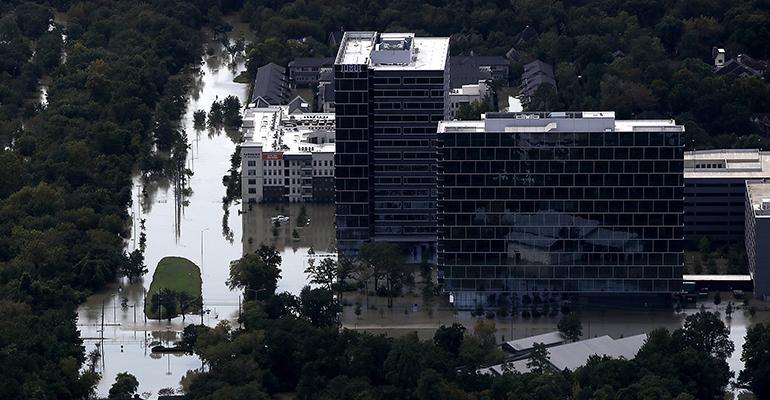 Hurricanes and Property Values: The Impact May Be Longer Than You Think

Hurricanes may have a longer-term effect on the values of commercial real estate than one would typically think—but that impact is vastly different depending on the type of property.

We believe these results raise issues that investment funds, such as hedge funds and private equity firms, should keep in mind when they own an asset in an affected region. In the current fair market value environment, these issues need to be considered and incorporated into periodic valuations. Even if the impact lasts only a few years, it does influence market values during that period. We certainly consider these issues at Sterling Valuation Group when we develop methodologies and provide fair market valuations for clients.

The study focused on the one- and two-year impact of 10 of the costliest hurricanes on five property types: apartment, industrial, hotel, office and retail. The researchers examined not only damage from the hurricane, but the effect on the value of all properties in the areas. Values can be altered by changes in the supply and demand for space, which, in turn, affect rental and capitalization rates, occupancy, property value growth and other areas. The regression analysis accounted for other factors, such as market changes and location, as well as property characteristics such as size and age.

The hurricanes examined are not the 10 costliest, because two of those—Ivan in 2004 and Matthew in 2007—had had to be dropped for lack of data as they did not hit areas with a significant amount of institutional investment. And since Harvey occurred only in 2017, not enough time has passed to evaluate its impact on property values one and two full years after the hurricane.

Of those included, the hurricane with the most damage was Katrina in Louisiana and Mississippi in 2005 ($75 billion), and that with the least was Hugo in South Carolina and North Carolina in 1989 ($7 billion). Hugo was also the oldest, with the most recent being Sandy in 2012 in New York, New Jersey, Pennsylvania and Connecticut ($50 billion in damage).

For all property types combined, the hurricane decreased values by almost 6 percent one year after the storm hit. But, somewhat astonishingly, the negative effect was even greater two years out—10.5 percent. Two years may seem a long time for an impact, but the nature of the commercial leasing cycle is such that it may take a while for impacts to flow through to property markets.

There can also be a “stigma” associated with an area that has been severely hurt by a hurricane as the market tries to digest whether the region is more likely to be hit by another storm. Over time, if more hurricanes seem unlikely, this stigma tends to dissipate.

Of course, different commercial property types are affected differently. We also find a difference in short- and long-term impact from the hurricanes.

By far, office buildings were the sector with the biggest decline, but that decline appears to be short-lived. After a year, the value was down 32 percent, but a year after that it was down only about 10 percent (not statistically significant). That’s something important for an investor to know, i.e., that there may be a short-term impact that will fade quickly. This speaks to the issue of temporary impairment vs. permanent impairment.

Apartments were the opposite of offices. A year out, the storm had their values down only 5.4 percent—the lowest impact of any sector. But two years out, the values were down by almost 16 percent.

We surmise that after a hurricane, residents whose homes are damaged are forced to seek out apartments, boosting that market. Also, it’s common for a hurricane to result in a surge in construction connected with rebuilding. That surge brings in workers, who most likely seek rental housing. After two years, most reconstruction is complete: Many of the workers leave the area, the residents go back to their now-livable homes, and the rental market softens.

The effect of a hurricane on the value of retail and industrial buildings and hotels is weaker than on offices and apartments. After storms, people still need to buy consumer products and still need to work, including using hotels for business (the industrial sector tends to be warehouse-based). The decline in values for hotels went from 9.5 percent to 13.4 percent (statistically insignificant in both years). Industrial went from 7.9 percent to 6.6 percent and was statistically significant both years. Retail was essentially flat, going from 6.1 percent to 6.5 percent, but was not statistically significant.

It’s common for hurricane insurance rates to climb dramatically in the aftermath of a major impact. Some property types, like industrial, retail and office, tend to pass this expense through to tenants, resulting in increased charges for common area maintenance, or CAM. With apartments and hotels, the lease term is short, and the expenses can be passed through only if the market supports those increased costs. More research on this issue may be warranted.

The upshot of these findings? Hurricanes are a risk factor. Properties can be insured against the actual damage from the hurricane, but not the loss in value due to changes in the supply and demand for space. Funds investing in places prone to hurricanes should consider requiring a higher rate of return for taking that risk. But—as this research shows—not all property types are affected the same way and it may not be appropriate to handle valuation adjustments for different types in the same way.