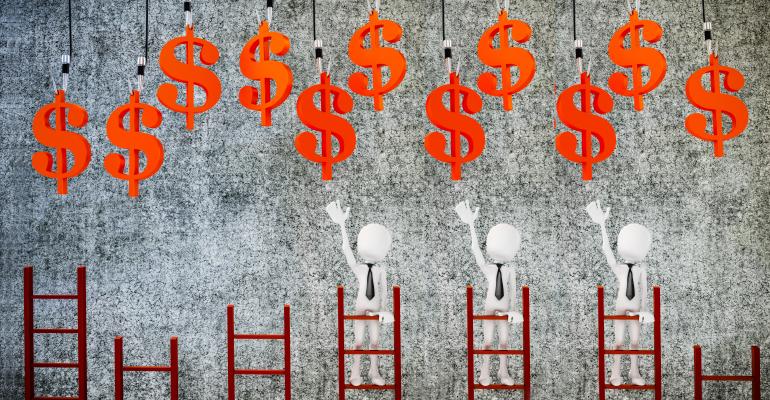 Capital flowing into private equity debt funds has been steadily rising for the past three years.

The search for yield and stability in the later stages of the commercial real estate cycle is fueling a surge in fundraising success for debt funds.

Institutional interest in debt products has increased as the sector has evolved. The first debt funds were introduced around 2004 along with the creation of the mezzanine debt market. “Ten to 15 years ago we were trying to explain to investors what a first mortgage was, why they should care about it and how to invest in it,” says Ryan Krauch, a principal at portfolio lender Mesa West. “Fast forward to today and everybody understands it and many even have allocations for it.”

Since it launched in 2004, Mesa West has raised four closed-end debt funds. The company has also added other vehicles, such as an open-ended fund and separate accounts, and has originated more than $12.5 billion in commercial real estate loans. Brookfield also introduced its first debt fund in 2004 and expects to close its fifth fund later this month at $3 billion.

Another factor driving investor demand is the common view that the commercial real estate cycle is at or very near the peak of the cycle. “If you believe that, then one of the ways to mitigate being later in the cycle is to go lower in the capital stack and make investments like debt,” says Krauch. “You’re not just seeing that in real estate, but you are seeing that through bond and fixed-income allocations and other debt strategies in other areas.”

Despite the wave of new capital coming into the sector, debt funds are finding plenty of opportunity to place that capital, as well as more runway ahead for growth. Debt funds represent less than 1 percent of the $3 trillion commercial real estate market. According to the second quarter Commercial/Multifamily Mortgage Debt Outstanding Report released by the Mortgage Bankers Association (MBA), commercial banks continue to hold the largest share of commercial/multifamily mortgages at 41 percent, followed by agency and GSE portfolios at 18 percent; life insurance companies at 15 percent; and CMBS, CDO and other ABS issues at 14 percent. Private equity funds are lumped into the “finance companies” category, which account for 0.9 percent or $29 billion of the outstanding mortgage debt, according to the MBA.

“I actually think the market needs more private debt players,” says Krauch. Not only is private equity debt a smaller piece of the pie, but that piece is further divided by private equity funds that tend to focus on specific size or type of deal, such as core, core-plus or value-add assets.

There tends to be a lot more competition among smaller debt funds looking to do $10 million to $20 million mezzanine loans as compared to the mega funds that are targeting larger loans, notes Balkan. Brookfield’s strategy is to originate a whole loan, sell the senior loan and keep the mezzanine piece. “If I’m competing to do a $500 million whole loan where I’m going to create a $100 million or even a $50 million slice of mezz, the number of competitors is much smaller,” she says.

Capital is expected to continue to flow to debt funds. However, there is a broader trend in private equity that the bigger, more established players are having an easier time raising new money and that phenomenon is also true among debt funds. Investors are choosing managers who actually have expertise to take over and run a property if there is a problem. “These are not loan-to-own funds. We all want to get paid as agreed contractually, but the larger funds also have a huge operating platform,” says Balkan. So there is a shift to experienced managers that have both a track record and operating expertise, she adds.