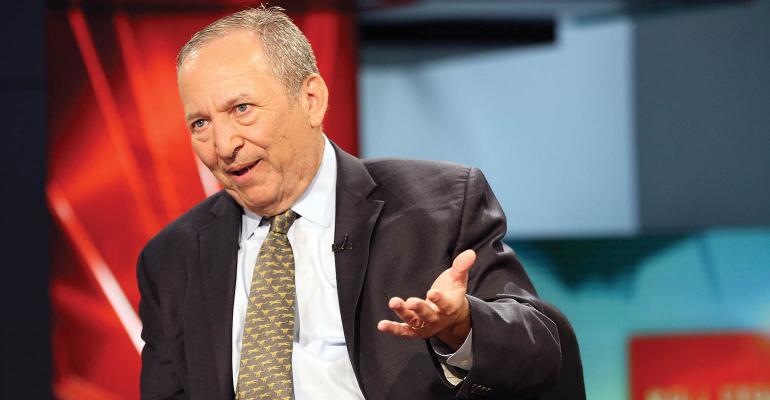 “It is a crime that Boston can provide bigger incentives to General Electric than can communities with higher unemployment and more social distress,” Summers said at a conference organized by the Federal Reserve Bank of Boston focused on geographic economic disparities within the U.S.

Summers suggested the federal government “propose a policy that places a 100% tax on receipts from state tax credits and incentives directed at attracting business and given by communities in the upper half of the distribution of socioeconomic well-being.”

Boston and the state of Massachusetts offered $145 million in incentives in 2016 to land General Electric Co.’s relocation of its headquarters from Fairfield, Connecticut. It was just one example of the competition among cities and states to attract investment by offering big giveaways to corporations.

Boston had an unemployment rate of 2.6% in August, tied for the lowest level among large metropolitan areas in the U.S., according to the Bureau of Labor Statistics.

Summers, now a Harvard University professor, attacked the practice in a presentation outlining proposals for addressing the growing divide between so-called superstar coastal cities and other areas, especially rural communities struggling to create jobs and opportunities.

He also said the federal government should ramp up programs that automatically increase support for distressed areas during an economic downturn, including those that provide backing for educational initiatives.

“Why don’t we think about automatic stabilizers that operate in a non-uniform way nationally, that disproportionately target places with the highest unemployment?” Summers said.

He added that the Federal Reserve should promote the idea that public spending in depressed areas will do more to support economic activity without risking a rise in inflation the way public spending might in more prosperous places.

“Why isn’t the Fed telling us every week that that kind of shift in demand would promote maximum employment and price stability?” Summers said.

In 2018, multiple cities offered large subsidies to Amazon.com Inc. as the online retail giant searched for a location for its second headquarters. It opted for the Crystal City neighborhood of Arlington, Virginia. In March, the Arlington County Board approved $23 million in incentives for Amazon.

The pending arrival of the company has made Arlington and nearby Alexandria, Virginia, into the most competitive housing market in the U.S., with home prices spiking, inventories short and bidding wars common.

To contact the reporter on this story: Christopher Condon in Washington at [email protected].

To contact the editors responsible for this story: Alister Bull at [email protected]