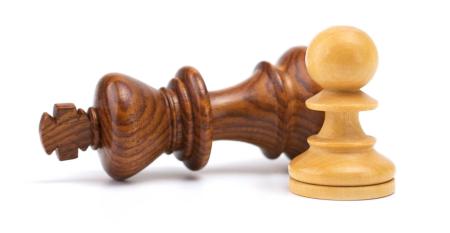 Debt Funds Like Blackstone’s Begin to Play a Bigger Role in CRE Lending as CMBS Steps Back
Sep 25, 2020
The lending market “is not cautiously pessimistic, it’s not cautiously optimistic. It’s just in a quiet place where it doesn’t know which...

NYC Commercial Property Crisis Signals Hazards for Local Banks
Sep 24, 2020
With commercial vacancies rising and rents falling, there is a question of whether the banks have set aside...

LA Fitness Seeks Debt Deal with Lenders to Weather Shut Gyms
Sep 22, 2020
The fitness chain, which is already operating on a forbearance agreement, is seeking a deal with lenders to...

Westfield’s Owner Is Feeding the Banks Again: Lionel Laurent
Sep 17, 2020
Unibail-Rodamco-Westfield is betting on a deleveraging plan that would bring its LTV down to 30.9 percent.

Mall of America Is Facing a Complicated Debt Situation. But It Might Be Too Big to Fail.
Sep 16, 2020
The mall’s owners entered into an agreement with lenders to avoid foreclosure. Now what?

Brookfield Hopes to Avoid Default on Tysons Galleria Debt
Sep 02, 2020
Representatives for Brookfield Properties indicated they will not pay off the debt on the property when it expires Sept. 1.

Commercial Mortgage Debt in Distress Surges 320%, Moody’s Says
Aug 26, 2020
Led by loans backed by hotel and retail properties, $54.3 billion in CMBS debt has been transferred to workout specialist since...

Trump Faces N.Y. Probe into Valuation of Assets to Get Loans
Aug 24, 2020
The state is investigating whether the Trump Org. inflated the value of assets to secure favorable loan terms.

The Real Danger With $26.5 Trillion of U.S. Debt: James Clark
Aug 24, 2020
More important than the size of our debt or our creditworthiness is the manner in which our political system operates.