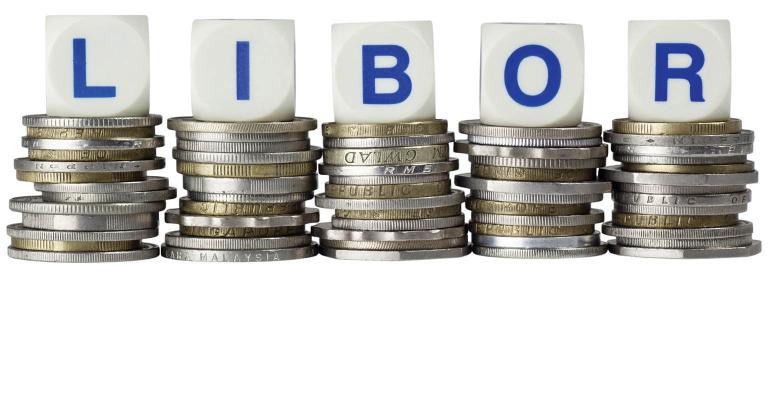 Market watchers say the change of tack is unlikely an indictment of SOFR itself.

(Bloomberg) -- The biggest issuers of bonds tied to the benchmark tapped to replace U.S. dollar Libor are suddenly pulling back. That’s a potential blow to efforts by regulators to wean America’s financial system off a much-maligned reference rate.

The Federal Home Loan Banks, which have priced about $170 billion of debt tied to the Secured Overnight Financing Rate since its inception in 2018, have virtually turned off the spigot in recent months. They’ve sold roughly $13 billion of SOFR-linked notes since the start of November, down from more than $70 billion over the preceding three months, according to data compiled by Bloomberg.

Market watchers say the change of tack is unlikely an indictment of SOFR itself. Rather it may simply be the lenders capitalizing on shifts in investor demand. But they also note the vital role these banks -- which support housing, economic development and infrastructure projects --- have played as standard-bearers in the nascent SOFR market. And there is a risk to wider adoption among issuers should they keep retrenching.

“The home loan banks will remain a key part of the Libor transition,” said Mark Cabana, head of U.S. interest-rate strategy at Bank of America Corp. “They’re the biggest part of the transition to date and if they don’t continue to keep the market focused on this and get investors comfortable with transitioning to SOFR, then 2020 is going to be a critical year.”

Critical, Cabana says, because time is running short to convince issuers to embrace SOFR before the London interbank offered rate is set to be phased out at the end of 2021. The replacement benchmark has already run into a series of snags since its debut, and anything that further dents market confidence in its viability risks muddling the transition, or even potentially delaying it.

Those backing SOFR have also underscored the importance of growing the market for cash securities to spur hedging and foster the creation of forward-looking term rates, a development crucial to the benchmark’s long-term success.

The Federal Home Loan Banks “will continue to practice appropriate risk management while assessing the relative value in both the SOFR cash and derivative markets” during the Libor transition “to meet member and market needs,” Randy Snook, chief executive officer of the FHLB Office of Finance, said in an emailed statement.

On the flip side, sales of Libor-linked debt by the FHLBs has surged in recent months.

Some say that what’s likely fueling the shift is a recent slump in demand for SOFR-linked products from money-market funds, once one of the largest buyers. Since the third quarter, the Federal Reserve has been injecting liquidity into short-term markets via overnight and term repurchase agreement operations. While the intervention has succeeded in keeping funding rates steady after last year’s blowout, it has also capped yields on products tied to repo rates, like SOFR. The rate set at 1.58% as of Feb. 10, which was unchanged from the prior session, New York Fed data show.

“People have shied away from both fed funds floaters and SOFR-based floaters just because of what’s happening with the Fed in the repo market,” said Deborah Cunningham, chief investment officer of global money markets at Federated Investors in Pittsburgh. They “looked great with a nice wide spread and high levels until the Fed started doing all of their intervening.”

Cunningham said floating-rate debt -- including notes tied to Libor, fed funds, Treasury bills and SOFR -- account for about 25% of assets in prime money-market funds, and around 30% to 35% of assets in government-only funds.

Given the reduced demand from money funds, the drop-off is simply a reflection of a “normally functioning market” rather than the product of structural concerns over the new benchmark, according to David Wagner, a senior adviser at Houlihan Lokey Inc. who is leading the firm’s Libor Transition Advisory Services practice.

The FHLBs “know they can sell a SOFR floater, but if it’s more expensive to do it they’re going to cut down on issuance,” Wagner said. “This is good. With the Libor transition we’re used to policy-based decisions, but this is a market participant making an economic-based one.”

Declining FHLB issuance may also be due to concerns over exposure to SOFR-related products. Bank of America estimates the difference between the FHLBs’ SOFR-linked assets and liabilities -- also known as basis risk -- is at least $35 billion.

Ultimately, the shift may be short-lived. The Federal Housing Finance Agency, which regulates the FHLBs, in September announced that all member banks by the end of the first quarter should stop selling Libor-linked debt maturing after December 2021. In addition, the agency is set to require mortgage giants Fannie Mae and Freddie Mac to stop purchasing Libor-based adjustable-rate mortgages by the end of this year.

Federal Reserve Chairman Jerome Powell spoke about the benchmark transition in his testimony to Congress Tuesday, saying that officials are committed to having banks switch away from Libor by the end of next year.

“Libor itself is really a problem in the sense that there’s no guarantee” the rate will be around after the end of 2021, he said.

One complaint about SOFR is that unlike Libor, it can’t serve as a barometer of stress in credit markets. The central bank is working with regional and larger banks “about the idea of having a credit-sensitive rate,” Powell added. Some of Powell’s colleagues recentlywrote a letter to the Alternative Reference Rates Committee discussing this issue.

Wall Street strategists still see scope for the Treasury to potentially issue SOFR-linked notes in the near future, a move that would likely serve as a major catalyst for corporate participation in the market.

Both JPMorgan Chase & Co. and Barclays Plc expect the U.S. government to sell securities tied to the reference rate beginning in the second half of 2020 or 2021. At last week’s refunding announcement, the Treasury signaled plans to issue a request for information on the matter.

Yet for now, issuance of SOFR-linked debt remains tepid.

The home loan banks “could switch to all SOFR floaters today,” Wagner said. “What they’re concerned about is, ‘do I have enough investors if I make the switch?’ They don’t want to be alone in that market.”

--With assistance from Allan Lopez.

To contact the reporter on this story:
Alexandra Harris in New York at [email protected]