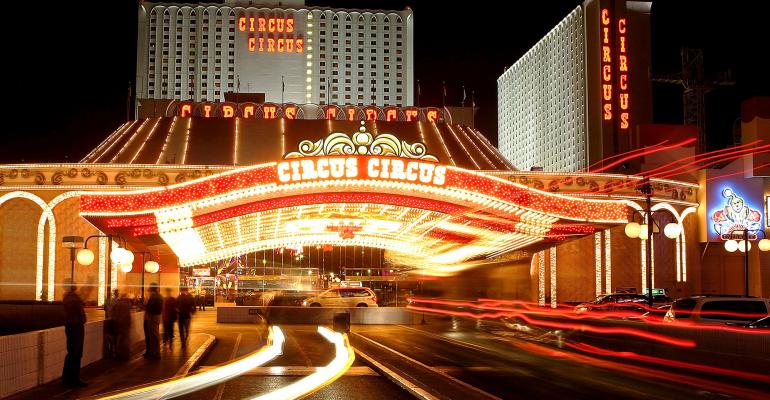 (Bloomberg)—MGM Resorts International, the largest casino operator on the Las Vegas Strip, is in talks to sell its Circus Circus property there to real estate mogul Phil Ruffin, according to people familiar with the deal.

An accord to sell the resort could be announced as part of a larger transaction involving the company’s real estate portfolio, which also includes the Bellagio and the flagship MGM Grand.

MGM has been restructuring under pressure from activist investors. The company has cut and reorganized management, and previously sold all but four of its wholly owned casinos to MGM Growth Properties Inc., a real estate investment trust it created three years ago.

The company is in talks to sell two Las Vegas crown jewels, Bellagio and the MGM Grand, to Blackstone Group, Bloomberg News reported, citing people with knowledge of the matter. Chief Executive Officer Jim Murren has said he hopes to announce the results of a board-level study of the company’s real estate by early fall.

Ruffin, a real estate mogul raised in Wichita, Kansas, bought the Treasure Island casino from MGM for $746 million in 2009. The company then was trying to raise cash following the financial crisis and complete construction of its CityCenter project.

Ruffin fixed up the Treasure Island, once known for its daily pirate battles outside, adding a western-themed barbecue restaurant and other amenities aimed at Middle America guests. Earlier, he partnered with Donald Trump on the Trump International Hotel, a non-casino hotel and condo development on the Strip.

Circus Circus, now more than 50 years old, was once a flagship property of publicly traded Circus Circus Enterprises. MGM ultimately acquired that company. The resort itself is located at the less-trafficked north end of the Strip.

The looming sale of Circus Circus was reported last week by the website Vital Vegas.