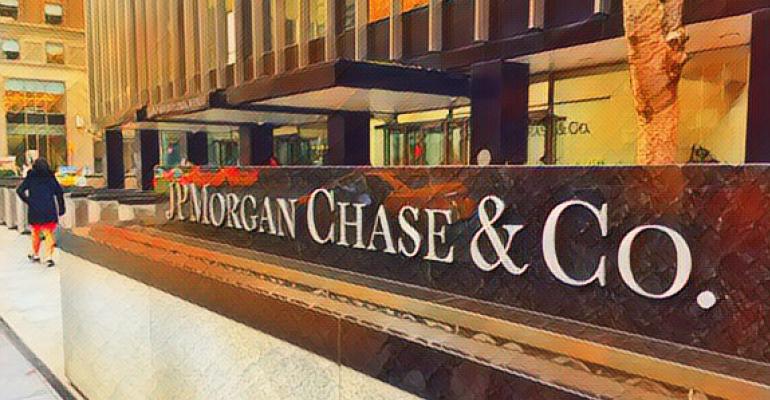 (Bloomberg)—A flood of new and returning investors in the $600 billion U.S. collateralized loan obligation market is setting the stage for a feeding frenzy among the world’s largest money managers.

Fidelity Investments has entered the market, JPMorgan Chase & Co. is back from a brief absence and others including Pacific Investment Management Co. have boosted purchases in recent months, according to people familiar with the matter. Add in the fact that Japanese mega-buyer Norinchukin Bank is returning after a dramatic second quarter pullback, and industry veterans see a battle brewing for the top-rated CLO tranches.

Investors are on the hunt for higher-paying assets as central banks around the world move closer to easing mode, pushing yields on some $12.5 trillion of bonds into negative territory. In the CLO market, where risk premiums have been more resistant to tightening than other asset classes in 2019, the increase in buyers could result in a spike in demand for the loans that get bundled into the securities. That would lower borrowing costs for junk-rated companies and help increase the volume of leveraged buyouts, but could also add air to a market that regulators worry is already over-inflated.

“There are more buyers looking to put money into CLOs,” said Michael Herzig, head of business development for THL Credit, pointing to renewed interest from U.S. banks and money managers as well as the return of Japanese buyers. THL manages 20 CLOs. “The market is going to be a mix of anchored and syndicated deals.”

Representatives for Fidelity, JPMorgan and Pimco declined to comment on the extent of their recent CLO purchases.

The average spread on AAA rated CLO tranches sold by top-tier managers narrowed to about 130 basis points versus the London interbank offered rate in May and June, compared with 141 basis points at the end of last year. In contrast, A rated U.S. company bonds yield 86 basis points over Treasuries as of Wednesday’s close, while top-rated commercial mortgage securities pay around 87 basis points over their benchmark, according to JPMorgan data.

Demand for CLOs had waned among U.S. buyers earlier this year as the Federal Reserve’s dovish policy shift made floating-rate paper less appealing. CLO managers in response looked to Japanese banks -- with their voracious appetite for yield due to negative domestic interest rates -- to fill the gap.

Norinchukin, commonly known as Nochu, kept stepping up. While its massive purchases slid from the end of 2018, it still took down about 25% of the highest-rated bonds from U.S. and European managers in the first quarter, according to estimates compiled by Bloomberg.

Around April, heightened regulatory scrutiny prompted Nochu to pare back, forcing CLO managers to more widely syndicate deals that otherwise would have gone to the Japanese lender as the anchor investor.

That created an opening for other firms. Fidelity has been investing in longer-dated paper, said the people, who asked not to be identified because they’re not authorized to speak publicly. Deutsche Bank AG has been pushing into CLOs, focusing on shorter-dated bonds rather than the longer five- to eight-year maturities of a typical new issue deal. And asset managers such as BlackRock Inc. and PGIM Fixed Income have also been active in the market.

Increased CLO demand will support issuance and refinancing activities, providing a solid backdrop for the leveraged-loan market, according to Citigroup’s Wang. While that’s seemingly good news for speculative-grade borrowers, U.S. and European regulators have expressed concern over the rapid growth of the market in recent years, noting that highly-leveraged businesses could face severe financial stress in the next downturn.

Managers typically like having Nochu as an anchor because it drives tighter pricing and offers certainty a deal will get done swiftly. While the Japanese behemoth is being welcomed back to the market with open arms, CLO managers are also trying to prevent customers that helped fill the void when Nochu pulled back from now being squeezed out.

“It will still be important for CLO managers to keep the relationships that they built when Nochu did step away,” said Laila Kollmorgen, who buys CLOs as a portfolio manager at PineBridge Investments. “The winners are the investors who had been shut out of deals because Nochu had tied-up some of the best CLO managers.”

--With assistance from Adam Tempkin.

To contact the reporter on this story: Lisa Lee in New York at [email protected].

To contact the editors responsible for this story: Natalie Harrison at [email protected]