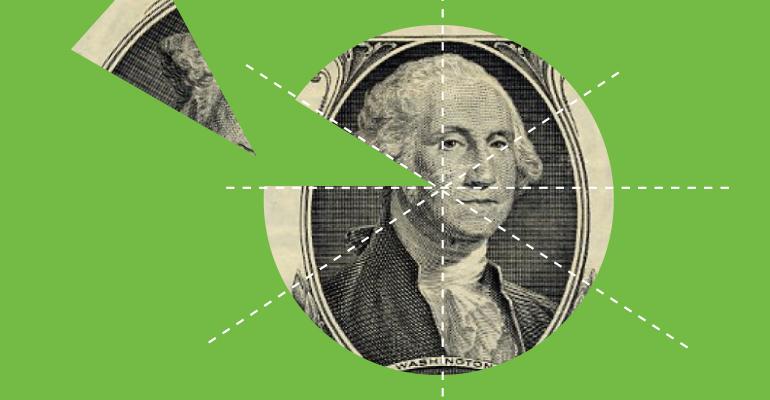 Terrell Gates, CEO of Virtus Real Estate Capital, continues to stick to a “cycle-resilient” strategy that zeroes in on seniors housing, medical office and workforce housing.

Nowadays, the biggest investment appetite among those four groups should be for industrial, Gates says, while investors might want to leave hospitality off their plates. As for office and retail, some nibbling might be in order, according to Gates, but probably not a feast.

However, Gates, founder and CEO of Austin, Texas-based Virtus Real Estate Capital, a private equity firm specializing in alternative property investments, isn’t putting any of the “basic food groups” on his menu—food groups that REITs typically gobble up.

Rather, he and his Virtus colleagues continue to stick to a “cycle-resilient” strategy that zeroes in on seniors housing, medical office, workforce housing, self-storage and charter schools.

“The easy money has been made in commercial real estate. The easy money has even been made in our property types, which are still more nascent and still have more opportunity than traditional property types,” Gates says. “We’re no longer in the part of the cycle where you can just sort of put it to work, go long and hope everything works out. We believe you’ve got to dig a little deeper than that.”

To enable it to dig deeper, Virtus last year wrapped up raising $408.5 million in capital—$8.5 million over the $400 million target set in late 2015. Of the total, $308.5 million was earmarked for Virtus Real Estate Capital II LP (VREC II); the remaining $100 million was deposited into a discretionary account. Limited partners include high-net-worth individuals, public pension funds, endowments and foundations.

As of Dec. 31, VREC II had made 13 investments in six states totaling $127.6 million in equity. In all, Virtus has more than $3.2 billion in assets under management.

In a Q&A with NREI, Gates shared his insights about one challenge he believes is being underestimated in the industrial sector, the headwinds facing the hospitality sector, and the reasons why he’s so high on the seniors housing and medical office segments.

The Q&A has been edited for length, style and clarity.

NREI: What’s your take on the red-hot industrial sector?

Terrell Gates: Among institutional investors, there is definitely a bias toward industrial investment right now, which will buoy prices. But it’s also leading to a lot of supply, which will increase pretty materially going forward. I don’t think, long term, people fully understand and appreciate some of the downside scenarios and challenges of industrial, and how sensitive it is to the overall economy and consumer sentiment.

A lot of people say, “Well, look what Amazon’s doing. This may be the first trillion-dollar-cap company. You’ve got this whole need for logistics and warehouses, and you’ve got to be local.” Yes, that is supportive of industrial. But there’s a lot of existing industrial stock out there that is related to the old economy that will have to be taken up as well. I don’t know that the industrial community fully appreciates some of the challenges down the road.

Terrell Gates: Hospitality has some real challenges as well. Valuations, even though they’ve increased, are not as toppy on a relative basis as some of the other categories, but hospitality also has probably some long-term structural headwinds compared with the other categories. As we all know, hospitality is the sector that’s most closely tied to the economy and how things are going.

NREI: Among the property types that Virtus concentrates on, one of the property segments you like most is workforce housing. Why is that?

Terrell Gates: We think workforce housing is quite compelling. Most of the product of multifamily REITs or the generalist REITs that own multifamily is either the infill class-A product or it’s the class-B that has been upgraded to class-A. The rents that they’re charging at those kinds of properties are generally targeted toward the upper end of the market. We think that’s a challenging space—rents are down, EGI [effective gross income] is down, occupancy is down in that segment of multifamily.

Yet in more of the middle-income housing, what we call workforce housing—which we define as quality, affordable housing for the masses—it’s all quite the opposite. Because there is no new inventory growth, occupancies are higher, rental rate growth is higher, EGI is up, NOI is up. We think that’s a very favorable segment of multifamily. Valuations are still pretty frothy, so you’ve got to be careful there.

NREI: Which other property categories are you finding attractive these days?

Terrell Gates: The two other categories we find compelling in our alternative property types, since we specifically do not invest in “basic food group” property types, are senior living and medical office.

There are the obvious demand drivers for those property types. The question mark is likely never going to be demand over the next several decades. The question mark about senior living or medical office is simply about your entrance pricing—in other words, your valuations, what you’ve got to pay to get in—and new supply growth.

New supply is rarely an issue in medical office because there are a lot of natural barriers to entry that keep inventory growth very low. Over the last five years, despite overwhelming demand from tenants and health care systems for more health care space, inventory growth has averaged less than 1 percent. What little inventory has been delivered is mostly replacing older, functionally obsolete product. So, for that reason, you’ve seen increasing occupancies, increasing rental rates and overall positive trends for the underlying medical office assets.

In senior living, there’s still an overwhelming demand for the product type, and there probably will be for many decades to come. We haven’t even reached the baby boomer demographic trend within senior living; we’re at the infancy of that movement and how it will ultimately drive senior living demand.

Where you’ve got to be careful in senior living is barriers to entry. A lot of new supply has come on-line in the senior living space over the last three years, especially in assisted living, which is a very compelling investment category. Where most of that new supply has been delivered is in lower-barrier-to-entry markets like Atlanta, Houston, Dallas, Denver and Phoenix. You’ve seen some real degradation in occupancies in those markets, mostly because of new supply. That’ll eventually get absorbed because there’s such strong demand for the product, and that demand is going to continue for many years to come. But in the short term, you do see some negative trends due to new supply coming to market.