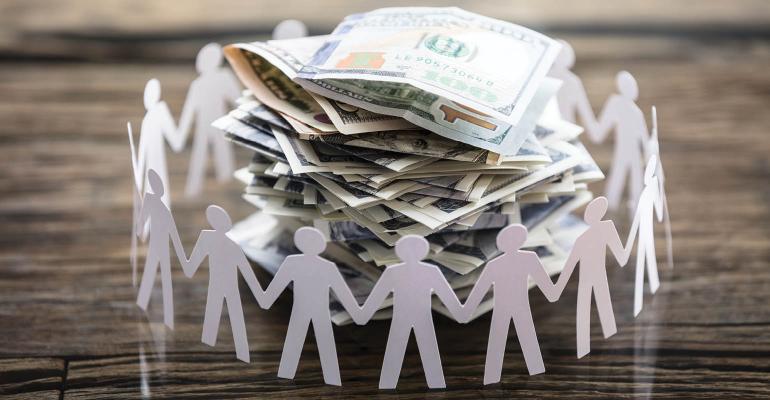 Top executives at RealtyShares rival firms predict there will be a shake-out in the industry over the next 18 months.

The crumbling of commercial real estate crowdfunding platform RealtyShares undoubtedly rattled some of its investors. But executives with RealtyShares competitors say this setback doesn’t represent an industry earthquake and shouldn’t shake investors’ confidence in the sector.

RealtyShares, which as recently as August had been named a “hot” startup by Inc. magazine, informed investors in early November that it would stop taking new investments and would lay off most of its employees because it was unable to secure more operating capital.

Executives at three of RealtyShares’ real estate crowdfunding counterparts—ArborCrowd, CrowdStreet and EquityMultiple—say the collapse of a player like RealtyShares is an unfortunate but inevitable growing pain in an evolving industry. Charles Clinton, co-founder and CEO of EquityMultiple, calls the RealtyShares situation a “natural blip.”

Clinton says the implosion of RealtyShares shouldn’t be viewed as a referendum on the industry, but, rather, as one company in the sector taking a tumble.

The fall of RealtyShares isn’t “an indicator of the health or the longevity of this industry,” Steen says. “It’s actually an indicator that the industry is maturing. In an industry like this—crowdfunding of commercial real estate—you’re going to have certain business models that survive and certain ones that might not.”

RealtyShares is a crowdfunding pioneer that was bound to make mistakes, according to Clinton—mistakes that newer entrants into the industry would seek to avoid repeating.

“There were obviously some things that I’m sure they would have done differently with the benefit of hindsight,” Clinton says. “As a whole, I am optimistic that we, as an industry, can learn from this and help make sure that … we’re not making the same mistakes.”

RealtyShares had raised more than $105 million in venture capital and debt financing to fuel growth. However, that money evidently didn’t last long enough, as its headcount and expenses swelled “very quickly,” Clinton says.

“I think you’ve seen some of the platforms that have managed headcount and spending a bit more judiciously are maybe a bit better situated for the next couple of years of growth,” he says.

Instead of the RealtyShares shake-up being a “going-out-of-business moment,” Clinton says it might be more of a “consolidation moment,” signaling the potential for M&A activity in the space.

Adam Kaufman, co-founder and managing director of ArborCrowd, says he expects some other real estate crowdfunding platforms to shut down within the next 12 months because they’ve lost sight of their primary product—real estate, not technology—and they’ve settled on weak deals in an attempt to spur growth.

“I think some of the big players out there that exist today will not exist this time next year or 18 months from now,” Kaufman says. “That’s a problem for the industry, a hurdle that we need to overcome.”

As a result of that anticipated paring of the crowdfunding field, trust in the industry will be eroded among investors and real estate professionals, leaving a blemish on the nascent sector, Kaufman warns.

Like Kaufman, Clinton foresees an industry shake-out, acknowledging that “there’s not going to be 50 platforms at the end of the day.”

The failure of RealtyShares will probably trigger a “temporary crisis of confidence for people, particularly RealtyShares investors,” Clinton adds. “But I believe that the industry will get past this pretty easily. We’re still in the very early innings of total growth.”

In the wake of the RealtyShares upheaval, executives at real estate crowdfunding platforms suggest investors ask these questions when vetting platforms: