Learn more about REITs and the types of properties they hold from office and apartment buildings to hospitals and shopping centers. 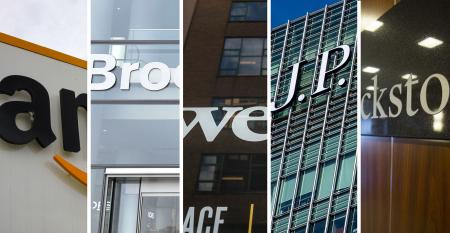 The Top 10 CRE Buyers and Sellers in the First Half of 2020
Aug 03, 2020
While many investors stayed on the sidelines as the pandemic disrupted the market, some still went ahead with new deals.

DeMarco Out as Mack-Cali CEO; MaryAnne Gilmartin Named Interim CEO
Jul 27, 2020
The move appears to be the culmination of a recent battle as activist investor Bow Street has pushed for changes... 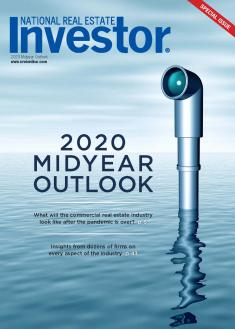 NREI's Common Area: How Malls Are Being Used for More Than Just Shopping
Jul 13, 2020
David Bodamer speaks with Lou Conforti, CEO of Washington Prime Group, in the latest episode of the Common Area podcast.

Kimco Realty Debuts Green Debt as It Boosts Focus on ESG Issues
Jul 08, 2020
The REIT sold $500 million in green bonds after the offering was boosted by strong investor demand.

Rival Taubman Says Simon Has Buyer’s Remorse on Mall Merger
Jun 18, 2020
In a new legal filing, Taubman argues that it would suffer “irreparable harm” if the deal isn’t closed.

Mall Stocks Surge with Shoppers Coming Back Faster Than Expected
Jun 03, 2020
At North Carolina centers owned by Tanger traffic was at 80 percent of pre-pandemic levels.