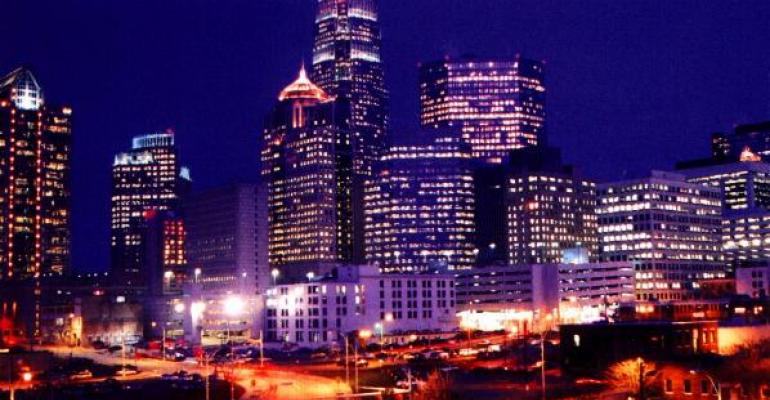 The Rise of the 18-Hour City

One of the biggest findings of the 2014 PWC Real Estate Investor Survey has been the rise of “18-hour” cities, or second-tier cities, as opposed to the 24-hour gateways. NREI spoke with Mitchell Roschelle, the U.S. national practice leader for PwC’s real estate advisory practice and the publisher of the survey, about the implications of this trend. Roschelle has 30 years of experience advising a wide variety of real estate investors. He also serves as the co-author of Emerging Trends in Real Estate, an annual industry survey published jointly by the PwC and the Urban Land Institute (ULI). An edited transcript of the interview with Roschelle follows.

NREI: We’ve been hearing about the 24-hour, gateway city as being desirable, especially for Millennials, for some time now. What’s the latest trend when it comes to urban lifestyles?

Mitchell Roschelle: The leading trend is the emergence of the 18-hour city. The concept of the 24-hour city isn’t new,but one of the things we’re seeing from investors is an appetite for some non-traditional cities. We’ve looked at those cities to figure out what they have in common—markets like Boston, Raleigh-Durham, N.C., and Charlotte, N.C. What they have in common is urban population growth well above the average for the country. When we drill down,we find that surprisingly, it’s not just Millennials. When people think of urban, everybody thinks Millennialswant to live in cities—they think “young”; they think “live, play, work”. But the fact of the matter is,baby boomers and Millennials alike are finding 18-hour cities—non-gateway, so-called second-tier cities—attractive. These cities offer two things: a lower cost of living and a lower cost of doing business when compared to the gateway cities. What we’re finding is this concept that jobs are actually chasing people, as opposed to the other way around. And the people are in some of these markets, which are popular with Millennials and baby boomers alike. So if you take these first three trends and mash them up, that tells the story.

Mitchell Roschelle:We have this other notion that the labor mark is near tipping point. [When we compare] the size of the baby boomer cohort that’s now exiting the workforce gradually, and the size of generation Z, which is 16 years and younger, there are a lot less kids that are 16 and younger than there are baby boomers that are 60 and older. What we’re finding is that we’re actually losing workers, so the labor crisis that we have in this country is not actuallyone of there not being enough jobs for people. Instead, there are not enough people for the jobs.

The skills portion of the workforce is not sized right in some markets. In New York, for example,there’s actually a 20 percent gap between jobs that require some college [education] for admission to the job and the size of the workforce that has some college [education]. So there are actually more jobs than people in New York and when you look at, say,Madison, Wis., it’s a smaller gap. That’s no surprise as it’s a college town.

And we have these 18-hour-city markets that have a concentration of baby boomers and Millennials and an attractive cost of living and an attractive cost of doing business. So the emergence of the 18-hourcity is really where investors are going to start going because jobs are chasing people, not the other way around. Where the jobs will be is where there’s going to be a demand for real estate. What’s compelling to investors is also compelling to employers and to people who want to live there. The convergence of these things is what’s making 18-hour cities vibrant and viable.

Mitchell Roschelle:Every year since 2010, we’ve taken a sentiment survey by saying, basically,“Hey, 1,400 people that we’ve interviewed, tell us your prospects for profitability in the commercial real estate industry on a 1-to-5 scale, where 1 is abysmal and 5 is excellent.” And for our latest survey, in 2014,74 percent of the peoplewe surveyed said prospects for industry profitability rate4 to 5,meaninggood to excellent. That’s the highest it’s ever been in the history of us asking that question, which goes back to 2010, when, by the way, positive sentiment was 17 percent. In 2013,the positive sentiment was around 68.5 percent, and people were asking, “Have we approached the bubble?” From there, we’ve gotten to a 74 percent positive sentiment.

NREI: Wouldn’t the potential for abubble be a red flag?

Mitchell Roschelle: Yes. We don’t believe that we’re in bubble territory yet, and by “we,” I mean the results of this survey, because there seems to be a lot of equilibrium in the market,driven largely by the fact that we haven’t meaningfully added to supply of commercial real estate since the recession took place.

As a corollary to that, the housing market hasn’t meaningfully added to the supply of housing stock since the housing market crash. So we have—for the first time in my 30 years of observing the real estate market, both commercial and residential—anequilibrium in which supply seems to be proportionate to demand.And when supply and demand are proportionate, it prevents bubbles from happening. Bubbles are obviously bad. There seems to be some self-regulation taking place in housingand there seems to be some self-regulation taking place in commercial real estate too, and so what would ordinarily be a red flag—which is three-quarters of the survey market participants thinking profitability prospects are good, which seems a little exuberant—is offset by the fact that there seem to be some checks and balances in place, indicating that the market is self-regulating.

NREI: How do 18-hour cities fit into that?

Mitchell Roschelle: There’s a caution flag waved only around the 18-hour cities because it’s unclear how those markets may do in recessionary periods. We know how well they’re doing in this steady climb back from the recession, but if we should fall into recessionagain, we don’t know how sustainable they are. But what I can tell you is if the market continues to self-regulate and doesn’t oversupply … product,these 18-hour cities will be able to [survive] a recession. So the thing to keep an eye on in future quarters, as we track the market, iswhetherwe havegotten ahead of ourselveswith adding new supply to these 18-hour cities at a rate beyond their ability to absorb it. But for now, population growth and a lot of other fundamentals are really good and support the new supply.

NREI: You mentioned that the housing market hasn’t meaningfully added to supply. How do you see the multifamily sector right now?

But when you disaggregate it, you’ll still see that the lion’s share of supply we’ve added to the market is multifamily and not single-family, and even if you combine the two of them, we’re still forming households at a rate that’s two to three times greater than the supply that we’re creating. That being the case, the fundamentals for apartments are very strong. A household formation means that kids have moved out of their parents’ house. They’ve got to live someplace, and they’re living in apartments. It would only be a problem if we added to the supply at a greater rate than the households are being created. But there are still 2 million formed households aggregated over the last several years that new supply has not been added for. So we have demand in excess of supply, which drives up rents. That’s good news for owners of apartments and bad news for apartment dwellers. So what you have to balance is home affordability,on the one hand, in terms of buying a home, and rental affordability. The only missing equation is down payment and that’s being interfered with because of the amount of college debt that the Millennials have. I think that the apartment fundamentals will remain strong for awhile,but, again, we have to keep an eye on household formation and new supply.

NREI: Did you notice any other major market changesin 2014?

Mitchell Roschelle: Back in 2013, we talked about the tailwinds being more pronounced than the headwinds; prior to that, all we did was whine about the headwinds. Now we know that the tailwinds can sustain themselves and we’re not shocked by the economy, we’re accustomed to it. And what’s interesting is, when I talked to all the folks who participated in the survey, there was this notion that no one seems to be taking anything for granted anymore. I’ve been doing this for 30 years, and in all of the other cycles, whether they were peaks or troughs,when you were on your way up, there always seemed to be a lot of cavalier taking things for granted. If you said, “Something bad can happen!”people said, “Oh no, that’ll never happen.” There was a lot of caution being thrown to the wind, and I just don’t feel that now.

I think folks are way more strategic in their thinking today than they’ve ever been. They’re focused on the trend of urbanization, the changing shifts in population demographics, climate change. They’re talking about technological advancement and the speed of that advancement. Those aren’t things you can look at on your watch and see happen, with the exception of technology. Those are bigger, more strategic, evolutionary trends, and real estate investors, who often live in the moment, are focused on these strategic trends. I think that’s a really interesting dynamic. It’s a big difference from 2013.

I feel good about the fact that market participants are way more strategic in their insights than I think they’ve been in the last 10 years. That’s a good thing. It doesn’t mean that the strategic view is right. It could also mean that their lens is broken.You never know what can happen, but I feel good about the strategic thinking. It’s much different from what we talked about a few years before. Then it was about rent growth and stagnation. There’s definitely a multi-year [outlook on] things now. That’s definitely surprising, but comforting at the same time.