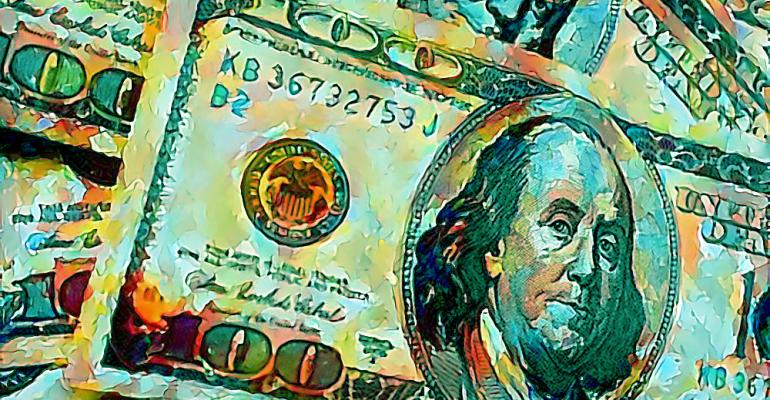 Private equity real estate funds find it more challenging to place their capital as the CRE market has moved closer to “fair value.”

Private equity real estate funds are bracing for more competition in the coming year as fundraising appears to be pulling back from record highs.

According to London-based research firm Preqin, fundraising declined by 10.6 percent in 2018 to total $118 billion. Although still at a robust level above $100 billion, it is the lowest level since 2013, when fundraising totaled $109 billion. Preqin does expect 2018’s fundraising figures to rise slightly as more data becomes available. “The drop in levels won’t be as significant as they look now. In fact, real estate funds raised over $100 billion for a sixth consecutive year—a notable feat,” says Tom Carr, head of real estate at Preqin.

That being said, data does show that private equity real estate funds are taking longer to close at about 18 months on average. In addition, fund managers at the top end of the market are succeeding at the expense of smaller and more inexperienced managers. According to Preqin, the 10 largest funds accounted for 35 percent of capital raised in 2018.

Some see that deceleration in fundraising as a natural shift at this stage of the market. “I would be greatly troubled if fundraising were continuing to accelerate. That would suggest to me that there was really far too much capital relative to the opportunities, or that risk appetite was not adjusting to the lower return environment,” says David Bitner, head of Americas capital markets research at real estate services firm Cushman & Wakefield in San Francisco.

Slowing capital inflows are healthy for a couple of reasons, adds Bitner. One is that private equity funds have had a harder time finding deals and placing capital over the past two to three years in a market that is closer to equilibrium or fair value. That is evident in the fact that many funds remain underinvested, with growing levels of dry powder.

In the most recent Preqin data available from last June, there was an estimated $322.6 billion in dry powder held in global real estate private equity funds. That volume is up by about 15 percent compared to year-end 2017. In addition, a majority of that capital—an estimated 62 percent—is targeting investments in North America. Dry powder could also be a factor in the decline in fundraising as fund managers might be focusing on putting that capital to work over their fundraising efforts, adds Carr.

It continues to be a highly competitive market among fund managers. According to Preqin, there were 670 private real estate funds in the market at the start of the year looking to raise an aggregate of $244 billion.

Yet the momentum is clearly favoring bigger players. Notably, Blackstone is working on closing out a record high $20 billion global fund. Brookfield Asset Management also announced last month that it had closed on its $15 billion fund Brookfield Strategic Real Estate Partners III—the largest ever for the firm and second largest for the private equity real estate fund industry. “There seems to be a bias for institutional capital to flow to larger, more diversified, multi-generational fund managers,” says Bitner.

Fundraising has become more challenging for emerging managers over the last couple of years and that will likely continue in 2019. “What happens when you are at the tail end of a cycle is that people just tend to be more cautious naturally,” says Dwight Angelini, managing partner at Longpoint Realty Partners, a Boston-based private equity firm. “I think that has led to less capital, but I think that also has led to capital being more concentrated.”

That caution has benefited the big names, such as Blackstone and Brookfield, while there is less capital for smaller private equity groups. “One of the things that we have seen a lot of is that people are just re-upping,” says Angelini. Investors that have a good relationship and are comfortable with their current GP don’t see any reason to rock the boat and make a change at this stage of the cycle. Five years ago, investors were more open to do something new with a new manager or a new concept. “So, I think there will be the same amount of capital in 2019, but it will be going to more familiar places,” says Angelini.

Small and mid-size fund managers may have to work harder to attract capital, but that doesn’t mean they are being pushed out of the market. For example, Longpoint Realty recently closed on its inaugural real estate private equity fund, Longpoint Realty Fund I LP, with $280 million in equity commitments.

One of the keys to fundraising in the current market for smaller private equity shops and emerging managers is to have a compelling story that helps investors get comfortable with taking the risk. In the case of Longpoint, the management team includes former TA Associates Realty executives, including Angelini, as well as Nilesh Bubna, Reid Parker and Robert Provost, who have been investing together for more than 10 years. Another key that everyone looks at is what the strategy is for making money. Through its value-add operating platform, Longpoint invests primarily in infill industrial properties and grocery-anchored neighborhood shopping centers in select U.S. markets.

Private equity real estate funds appear to be capitalizing on the continued strong investor appetite for commercial real estate. In addition, real estate did outperform most other risk assets in 2018, notes Bitner. That was a good reminder as to why investors want and need a diversified portfolio that includes real estate, he says.